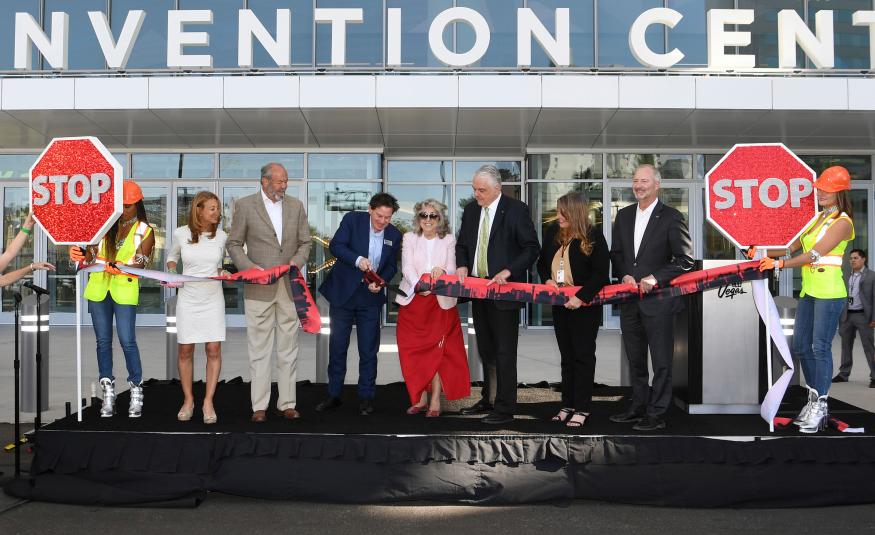 World of Concrete’s arrival comes on the heels of Las Vegas’ full reopening to 100% capacity on 1 June.

The $52.5m Loop connects the West Hall to the LVCC’s North and South Halls via two one-way vehicular tunnels, including three passenger stations. The system serves as a fun and quick transportation solution to move convention attendees throughout the sprawling campus approximately 40 feet below ground in less than two minutes, while a walk could take 20 minutes or more. The Loop is first commercial project of its kind by The Boring Company.

Plans have been announced to expand the system throughout the resort corridor. Known as the Vegas Loop, the expanded system will ease traffic congestion and offer a new transportation option for visitors from as far north as Downtown Las Vegas, throughout the Strip and as far south as Allegiant Stadium.

The addition of the West Hall brings the total square feet of meeting space in the destination to 14 million and makes the LVCC the second largest facility in the country. During a normal year, the meetings and convention industry represents $11.4bn in economic impact to the area.

“This convention reinvigorates our commitment to be bold in how we envision the future of infrastructure and recovery of our state and this is only the beginning,” said Governor Sisolak during the ribbon cutting ceremony. “We are back in Las Vegas and there is no better or safer place to come to have a convention than Las Vegas.

Informa Markets remains committed to Las Vegas, with plans to host ten additional events in the destination before the end of the year. World of Concrete will return to the LVCC next January.

“We are thrilled to be returning to the live event format, especially in the home of the exhibitions industry in the US, Las Vegas,” said Nan Walsh, president, North America at Informa Markets. “There is an unparalleled magic about in-person connection - from sharing laughs with old friends, creating new ones, learning from industry experts, and seeing and feeling the latest products and innovations. We are so happy to be the first large-scale trade show to return to the show floor in the US, and the first to use the Las Vegas Convention Center’s incredible new West Hall, and through that partnership I believe we are signalling a return to business and connection that is needed now more than ever.”

For additional information on the LVCC and meetings and conventions in Las Vegas, visit:  www.vegasmeansbusiness.com.