UFI opens up platform for coronavirus updates from members 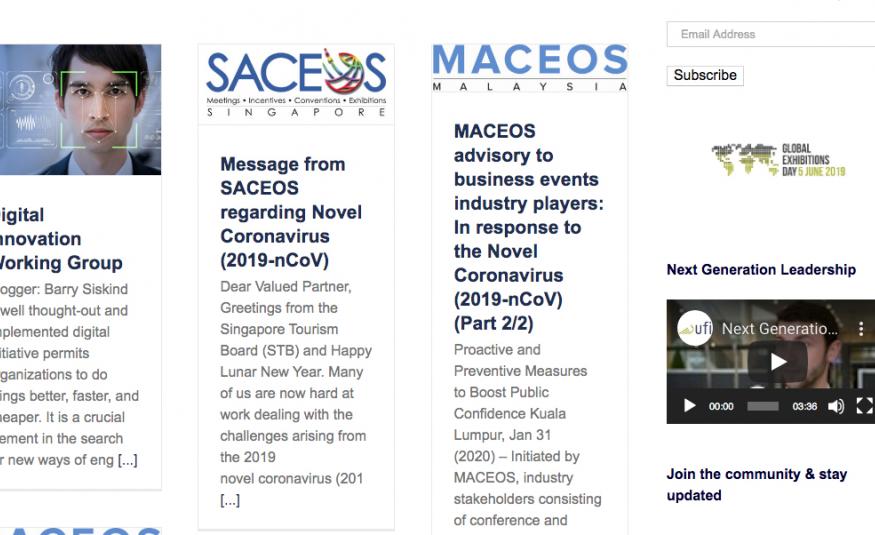 Global association for the exhibition industry, UFI is offering its blog platform @UFILive to share updates from UFI member associations on the coronavirus.

Organisers will find useful information and updates from @SACEOS and @mymaceos among others.

The initiative comes as the number of infected in China reached 23,000, with 490 deaths reported.

There are now also 180 cases confirmed outside of China, with two deaths and the World Health Organisation has declared a global emergency.

Public areas, including convention centres, are now being used to treat patients infected with the virus.

In Macau, China’s gambling hub with many large convention hotels, the government has shut all casinos for two weeks. Macau had 10 confirmed cases of coronavirus as of 5 February.

“Performance during the Chinese New Year holiday period was significantly worsened by the outbreak of novel coronavirus (2019-nCoV),” the STR research document said.

STR added that Mainland China’s occupancy reached 70% on 14 January, but fell to a lower absolute level each day thereafter. On the final day of STR’s analysis (26 January), occupancy dropped to just 17%, meaning that eight of 10 rooms on average were left unoccupied.