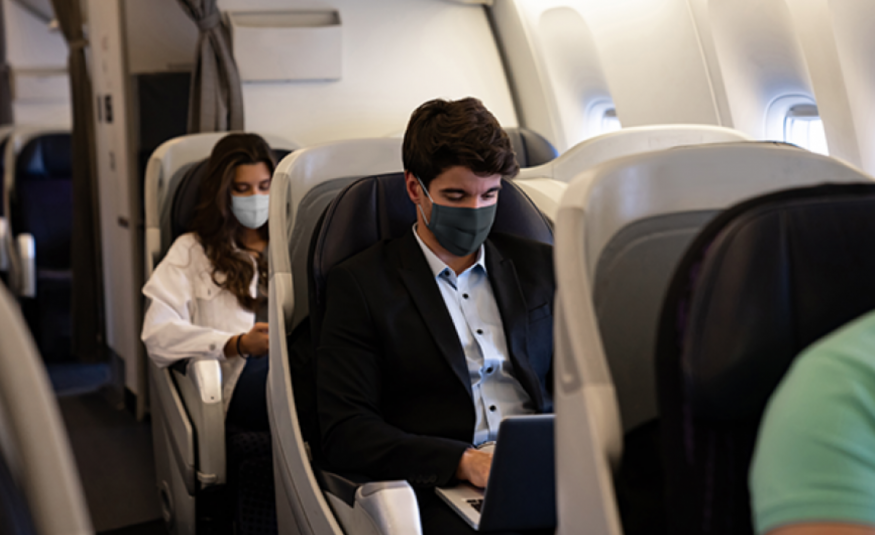 In a risk planning exercise for UBM senior management a few years ago, Paul Woodward writes, Simon Foster recalls they were asked to come up with an imaginary scenario which would stop the global exhibition industry in its tracks. Taking into account the experience of the Icelandic volcano ash cloud of 2011 and SARS two years later, they decided that a global pandemic which brought airline travel to a complete stop would do it. "They weren’t terribly serious in proposing this and even the professional running the meeting, said to us ‘I think you’re being a bit outrageous’,” Foster recalls.

Not as outrageous as they imagined unfortunately and, although travel is resuming in places, it remains heavily disrupted around the world. This is undoubtedly continuing to have a significant impact on the recovery of exhibition businesses. Some markets remain much more seriously affected, while others have what look like much better plans to exit a world of lockdowns, quarantines, and closed borders.

Just this week AUMA, the German exhibition industry association, noted that “around 60% of the approximately 180,000 exhibitors each year [at German fairs] come from abroad, a third of them from countries outside Europe”. Some 30% of the visitors to those fairs also come from outside Germany. “Open borders and the smoothest possible international travel are therefore essential for German trade fairs,” AUMA went on to say. The fact that they are not open, that international travel remains anything but smooth and looks set to stay that way for some time means that jwc’s Global Industry Performance Review predicts that Germany will only be back at 75% of pre-pandemic business levels by 2023. The successful launch of the EU Digital Covid Certificate will certainly have been welcomed as a step in the right direction as the rest of the EU is a crucial source market for Germany.

Some of the largest markets where international business is the ‘icing on the cake’ but definitely not the main part of the cake are almost immune from this problem. Domestic travel within China is now back above pre-pandemic levels. In the US, the Global Business Travel Association (GBTA) reports that while around 60% of companies had cancelled or suspended most or all domestic travel in mid-June, more than half of those expected it to resume within the next one to three months. The same poll reported, however, that a global average of 91% of all companies had suspended most or all of their international business travel and that only 21% were expecting that to change within the next 1–3 months.

The willingness of business people to travel seems to be outstripping cautious travel policies. That same GBTA research said that 77% of respondents were either “somewhat” or “very willing” to travel, up from 49% at the beginning of the year. Anecdotal evidence from organisers and exhibitor groups shows that among regular trade fair participants the figure is likely to be even higher.

There have been striking reports from the Middle East of international participants at fairs in Dubai willing to tolerate up to 14 days quarantine on returning home from what they considered to be important events. At the time, those were pretty much the only events taking place for that industry and the potential benefits of participating significant. It will be interesting to see whether, if quarantine requirements are maintained, that same level of enthusiasm will apply as more national and regional events reopen in other countries.

The markets which are highly dependent on international buyers have taken markedly different approaches. As we reported a few weeks ago, Dubai has pressed ahead with an events programme for most of this year. The reopening after the hot Gulf summer, when events such as GITEX have been time to coincide with the kick-off of the delayed Expo 2020 world fair, will provide a good barometer of how near to back to normal we are there.

Hong Kong has taken an ultra-cautious approach with strict and extended hotel quarantines for all visitors including returning residents. There is no indication that this might come to an end in the foreseeable future. With most of its trade fairs reliant on 70% or more international buyers and high levels of international exhibitors, the industry there remains effectively in the deep freeze. Most of the 2020 programme was lost as will be most if not all that for 2021. We are deep into uncharted territory about the impact of losing two or more years of a trade fair cycle on exhibitor loyalty. Hong Kong’s saving grace at this point is that pretty much nowhere else in the region is open to draw away its international customers.

That might change of course if Singapore’s new approach to the pandemic is a success. In late June, the government there announced it would gradually begin to implement a significant change of tack, moving from a strict, containment strategy toward what is being described as “living with endemic Covid-19”. The Ministers responsible told the Straits Times newspaper: “The bad news is that Covid-19 may never go away. The good news is that it is possible to live normally with it in our midst”. Among other things, they said, with a combination of testing and vaccination “we can progressively ease our safe management rules and resume large gatherings as well at major events…Businesses will have certainty that their operations will not be disrupted”.

Importantly, they noted “we will be able to travel again… We will recognise each other's vaccination certificates. Travellers, especially those vaccinated, can get themselves tested before departure and be exempted from quarantine with a negative test upon arrival”. This potentially will give Singapore a substantial advantage over rivals around the Asia-Pacific region who either stick firmly to their ‘zero Covid’ strategies or struggle to get a sufficient portion of their populations vaccinated before the next waves and variants of the virus arrive.

The mutual recognition of vaccination certificates remains a challenge in all of this. The World Travel & Tourism Council (WTTC) has recently said that “the restart of international travel could be seriously delayed without worldwide reciprocal recognition of all approved Covid-19 vaccines”. IATA, the international airlines association, has been pushing hard its Travel Pass app as a common standard although there are several competing schemes even to this effort to standardise procedures. IATA also recently called on countries to follow new guidance on travel from the World Health Organisation (WHO) which recommends a “risk-based approach”.

There is clearly a powerful need for governments, the travel, and trade fair industries to work together as closely as possible to instil confidence that travelling for business can once again be safe and convenient. As the Economist put it this week, “For the economic recovery to continue, people must be willing to mix with others”.