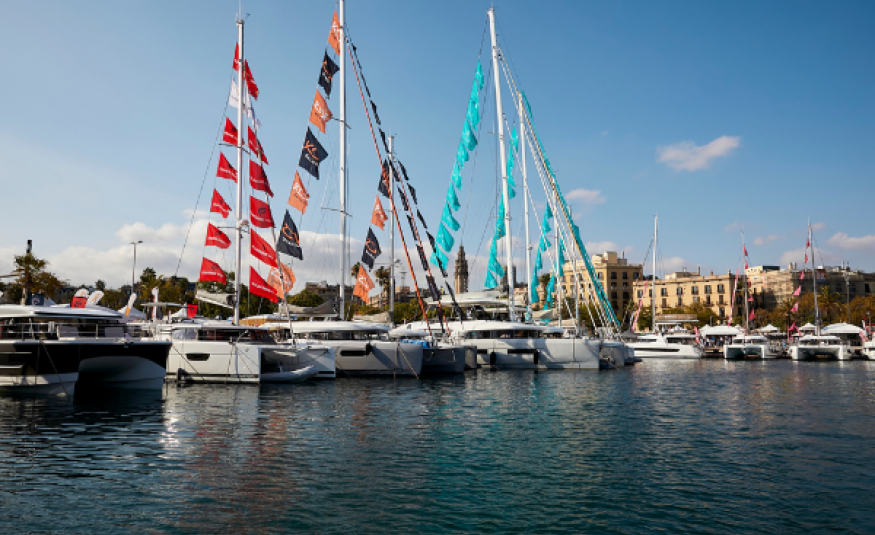 Fira de Barcelona and the National Association of Nautical Companies (ANEN) successfully staged the 59th edition of the Barcelona International Boat Show, 12-17 October. The event, held at Barcelona’s Port Vell in Spain, contributed to the sector’s momentum towards recovery, promoting growth and sustainability throughout the industry.

Luis Conde, chairman of the Boat Show, said: "This year's edition has once again put Barcelona on the national and international nautical map. At such a difficult time, the public and companies have responded, and we have succeeded in staging an event that demonstrates the growth of the sector and the eagerness of enthusiasts and lovers of the sea to sail.”

Josep Antoni Llopart, the new director of the event, added: "We are closing an edition with which we wanted to stimulate the ecological transition of the sector and bring nautical sports to new audiences. Its success encourages us to prepare for a very special event in 2022, when the show will celebrate its 60th edition.”

The Fira de Barcelona event organised the conference 'A commitment to the sea' where various speakers addressed, among other issues, the urgent issue of climate change and the sustainable future of the sea.

The third edition of Nautic Tech was also held, which awarded prizes to the most innovative start-ups in the sector. Among the numerous awards, the 100% electric Magonis, developed in Barcelona and the hybrid De Antonio 50 equipped with an electric motor, were recognised.