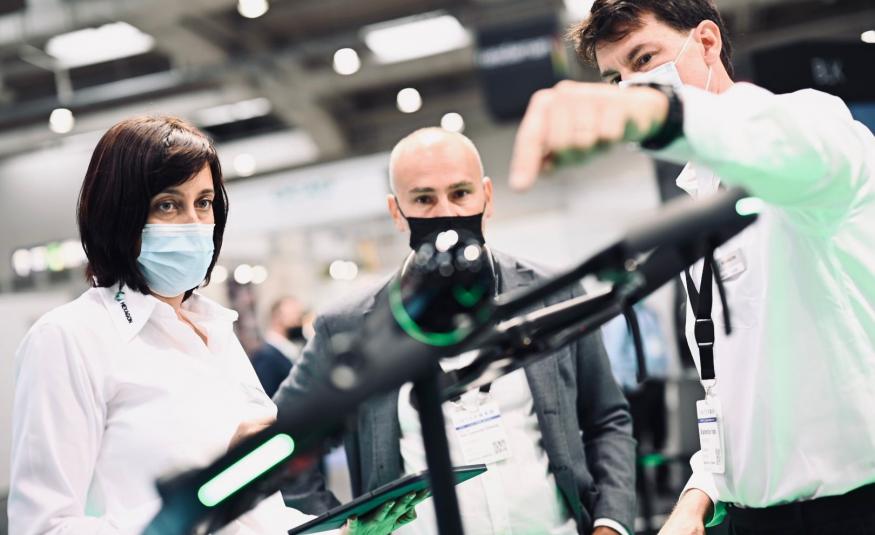 In the week that sees a new German federal government take office, led by Chancellor Olaf Scholz, the country’s trade fair industry association (AUMA) has said there is no time for a ‘honeymoon’ and has addressed five demands directed at the federal and state governments.

AUMA has called the situation “dramatic” and says the damage the industry has suffered in 2021 outranks that of 2020.

The trade fair industry in Germany is demanding clear trade fair regulations from the new federal government for the start of 2022. From now until the beginning of spring, some 130 trade fairs are planned in Germany, AUMA notes, and the majority of them will have a strong international focus. AUMA laments that more than a dozen trade fairs for 2022 have already been postponed or cancelled because of inconsistent policies.

AUMA MD Jörn Holtmeier says: “Aid packages worth billions could be done without if the federal and state governments pursued clear and anticipatory policies during this pandemic. A decision in winter has a pull on summer and omitting decisions in summer has a double effect on the pandemic winter. The situation is dramatic. The economic damage in the trade fair industry will be even higher in 2021 than in 2020.”

As of 10 December, trade fairs are prohibited again in three German federal states and, in some places, says AUMA, trade fairs are hardly economically feasible any more due to all kinds of restrictions. Seventy one percent of the planned trade fairs were cancelled in 2021, according to the association, compared to 68%in 2020, and it calculates the total economic loss since the beginning of the pandemic at €46.2bn. AUMA calculates the damage last year amounted to €21.8bn, while expecting at least another €24.4bn will be lost in 2021.

AUMA notes 230,000 jobs in Germany depend on the trade fair industry and says 165,000 jobs are endangered by the see-saw situation.

“Economic recovery is only possible if the international travel restrictions are cancelled, if the vaccination dithering ends, and if politics enables trade fairs, Holtmeier adds. “As sorry as we are, we cannot grant a honeymoon of 100 days. We appeal to Robert Habeck [new federal minister for the economy and climate – Ed] to act immediately!”

AUMA’s five demands of the trade fair industry addressed to the minister are:

AUMA is the association of the German trade fair industry: nationally and internationally, it represents the interests of 72 members. These include all large and medium-sized trade fair companies in Germany as well as associations representing exhibitors, service companies and visitors.