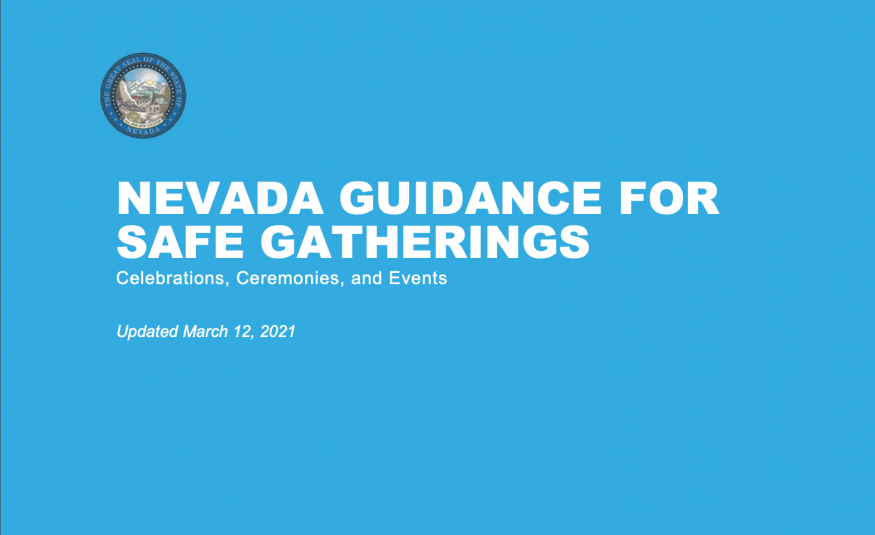 State officials in Nevada, USA, have confirmed they will loosen restrictions and increase permissable capacities for large gatherings from 15 March. The news means major events can operate on the Las Vegas strip at 50% capacity provided organisers get approval for their plans, which must include a Covid mitigation strategy.

The changes were announced in Carson City and adopted in Emergency Directive 041, signed by Nevada Governor Steve Sisolak. Previously, under the Roadmap To Recovery Plan announced by the Governor in February, large gatherings were only allowed to take place at up to 20% capacity for venues with over 2,500 seats and conventions, conferences and tradeshows were going to be capped at 1,000 individuals.

Directive 041 replaces these limits with the following: Effective 15 March, if an organiser wants to host a large gathering or event, including conferences, conventions and tradeshows, with more than 250 people they may now have up to 50% capacity if they complete and submit a Large Gathering Covid-19 Preparedness & Safety Plan Certification Form (‘Large Gathering Certification’) to the Department of Business and Industry (B&I). The baseline standard for gatherings and events will remain at 250 people or 50%, whichever is less, starting on 15 March.

B&I may work in consultation with State public health officials and other applicable state agencies to review submitted certification forms. Large gatherings can only take place upon receiving approval by B&I.

The new streamlined process for submission and approval of large gatherings will continue until local control is officially transitioned to a county – 1 May at the earliest. During this transitional period, the State may approve large gathering certification forms through 30 June to provide event organisers certainty in the planning and approval of their future events.

“We’re ready and eager to welcome back business travellers to Las Vegas,” said Steve Hill, LVCVA president and CEO. “We know there’s pent up demand for the return of in-person meetings and conventions and for the Las Vegas experience.”

The first citywide convention scheduled in Las Vegas is expected to be World of Concrete, 8-10 June, inside the Las Vegas Convention Center and will serve as the debut show inside the Center’s new $989m West Hall.

Click here for the updated Nevada Guidance for Safe Gatherings.

Other components of the Roadmap to Recovery plan remain on schedule, with establishments currently operating at 35% capacity moving to 50% capacity on 15 March. Those establishments include food and beverage establishments, gyms, gaming floors, racetracks, amusement and theme parks, and similar activities.

The loosening of restrictions comes as the state’s 14-day moving average of new daily cases of Cov id-19 dropped to 231, a number not seen since mid-June 2020.

More than 585,000 people in Nevada have received at least one dose of coronavirus vaccine, equal to 24.5% of the state's adult population, according to the Centers for Disease Control and Prevention.