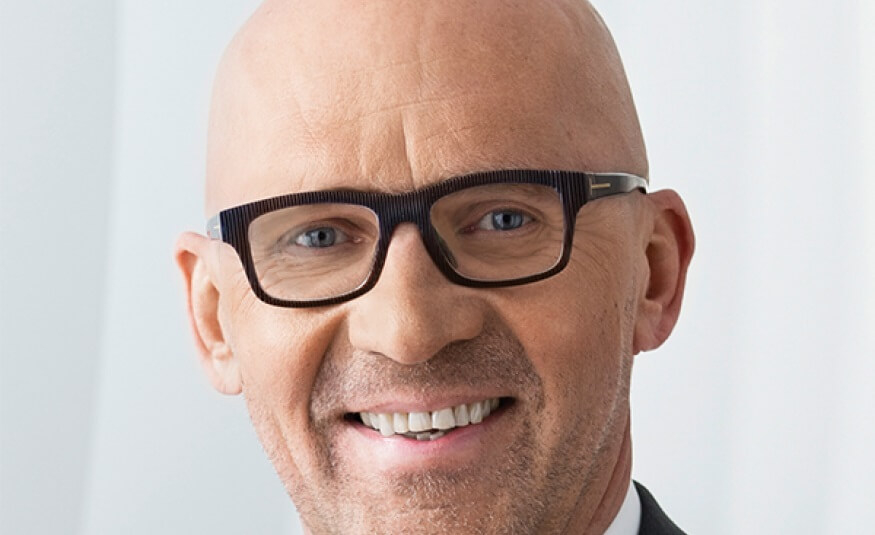 Klaus Dittrich, chairman and CEO of Messe Munich, talks to Martin Fullard in Poznań about a new age for the German trade show industry

UFI’s first in-person conference since 2019 took place in Poznań, Poland, from 4-6 May, and came just days after Germany had finally lifted the last of its Covid-19 restrictions.

While the rest of Europe had something of a head start, the trade show powerhouse that is Germany had found itself frustrated after multiple delays. Sentiment was clearly there, but one can only operate within the rules as they are presented.

Now, Germany can pick up where it left off.

Attending the UFI European Conference was essential for EW, as it presented what has become a rare chance to catch up with people face-to-face and rebuild connections over coffee rather than a computer screen.

Klaus Dittrich has been the chairman and CEO of Messe Munich for the best part of 20 years, and as a leading figure in the German trade show sector, was the obvious spokesman to best outline the nation’s event future.

Martin Fullard: How has the German and your region’s exhibition and trade show market performed since restrictions were lifted?

Klaus Dittrich: From one day to the other we lost our total revenue. Over the past two years our company has lost €400m (US$427m). We had one small period between September and November 2021 where the gate was open, and we had some shows taking place. We even had some very successful shows in 2020 in the first two months before the lockdown. But in general, we lost a tremendous amount of money and we’re happy now that our business is recovering.

MF: How is your relationship with the regional government in Bavaria; has it changed during the pandemic, and do they appreciate the value of what you do?

KD: In general, especially in the winter, they were cautious in their handling of the pandemic. But we had one show which had a very high level of political sensitivity. It was IAA Mobility, a car show which took place for the first time in Munich, where it moved from Frankfurt. This became somehow the lighthouse for the whole exhibition industry because we received the approval in advance that it would be possible to run  a big international show in September. After that, many shows in Germany took place again. So, in general, we couldn’t complain about that.

Knowing that no one has ever experienced such a situation we would have liked a little more courage and flexibility, but we couldn’t complain. We got subsidies from the state, federal government, and support from our shareholders. We overcame the situation. Our motto was #WCBS – We Come Back Stronger.

MF: Regarding the shows that are happening, are you mainly serving your domestic market; are you seeing the return of international visitors?

KD: About 90% of our portfolio are international shows, with most of them being number one worldwide. We have BAUMA  [a global trade show for construction machinery, building material machines, mining machines, construction vehicles and construction equipment] for example, with visitors from 200 countries, which is more than the number of members in the United Nations. The next edition will be held in October 2022.

Currently we don’t see Chinese participants at our shows. The Russians are of course not present either. But we have a strong attendance not only from Europe, but also from overseas like the US, Israel and from other countries. I’m confident it will improve in the next few weeks.

MF: What do you think are the biggest challenges the industry now faces? I’ve heard lots of different things including the increase in energy prices, where that cost has to be passed down.

KD: I think the biggest challenge for the industry is that the trade show business will be different in comparison to the period before the pandemic. Renting space is one thing, but we must further develop our business model to combine it with digital platforms. The new normal will be different to the old one.

Things like energy prices, labour costs, and so on, I think will be temporary. The most basic challenge will be if somebody succeeds to find a clever combination between the space business and the digital business.

Technology has come into our lives in the last two years in a way that it hasn’t before. But I think the pandemic was just the right amount of time to make people sick of video conferencing and that sort of stuff.

The appetite for live I have no doubt is there, but the organisers now have to really put a bigger focus on creating a meaningful experience and be more content led rather than be driven by the traditional ‘buy and sell’.

We’ve learned a lot during the past two years, we organised altogether 25 digital events. We learnt that to just have a presentation, or the panel discussion is not enough. We tried to understand what the basic interactions during a trade show are, and to transfer it to a digital platform. This includes speed dating programmes, to create a similar situation to having a coffee with someone that you don’t know. Or even up to sport events where people went running and they stayed connected with the digital platform. These were ways to find a basic interaction of a trade show in digital.

Before the pandemic, I always said I believed in the future of trade shows. Meanwhile, I say the future of trade shows is approved because everybody realised that digital communication is not a 100% substitution for personal meetings. We had a laser show last week, and two weeks ago a watches and jewellery show, and people were happy  to meet personally again.

If the industry is able or the players in the industry are successful in developing their business model further, I would say that the temporary challenges like increasing inflation rate or whatever will be handled smoothly.