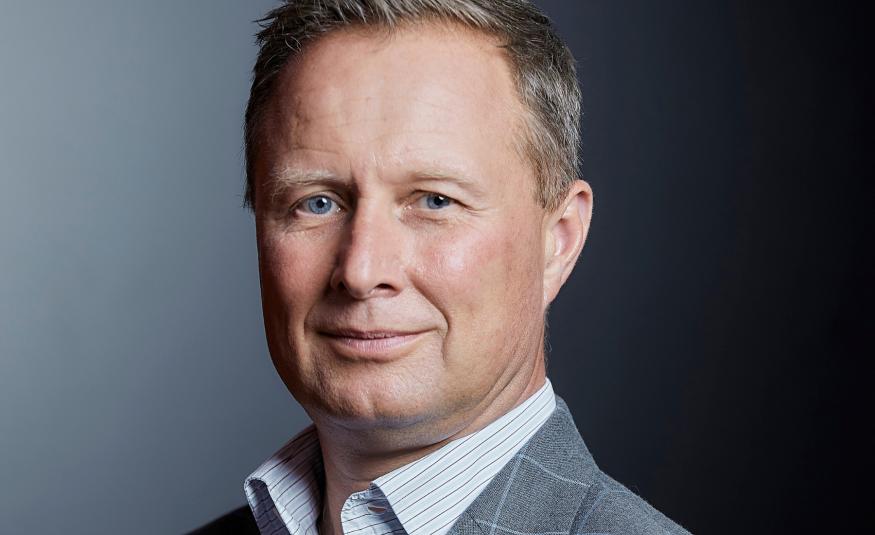 It seems appropriate for two former Eurostar commuters that Simon Foster and I should meet in the lounge at the superbly-renovated St. Pancras Hotel to discuss his thoughts on the future. Foster, former CEO at Comexposium after many years in senior positions at UBM, recently announced that his new company Arc was partnering with EagleTree Capital to build a new events business.

As global businesses and the events industry reset after the pandemic, what will a new business look like and is this really a good time to be starting one? “Two things.”, says Foster, “It’ll be building a business the same way that companies such as, Blenheim, UBM and Reed did in the 90s and more recently Clarion and Tarsus. But, we’ll be also looking at new ways of doing things. It’s the project that I envisaged wanting to do when I came back from Comexposium”.

Foster says that he doesn’t have preset ideas of just how big this new business could be. “I don't mind whether we're a 10 million EBITDA business or 100 million. We don't know. A lot of people look at me and say, ‘You've only run big businesses for the last 20 years. So, that's gonna be what you want to do’. And, yes, if we get to a scale, that's great, but we're not all about scale. We’re about making sure we've got the right business and the right ability to operate and move forward with the strategy.”

In the early days of the new business, he says that implies developing a set two to four businesses of “reasonable capacity and with the characteristics we want”. Foster is particularly keen to build partnerships with event founders. “We're really looking for businesses, where we can establish a level of partnership” he says. “I think a big difference driven by our philosophy, but also driven by what we've seen during Covid, is to really work with - I hate calling them vendors - but with the owners with the people who have the business.”

This takes us into a discussion about the new types of business which interest him. Foster talks about some provocative positions he took when chairing last year’s UFI CEO Summit in Rome. “For a long time in the industry,” he told the premier gathering of the industry’s great and good, “we’ve been too lazy, too backward thinking. We’ve been very good at selling square metres and just looking not looking at new models.”

And he has a wide-ranging view of what those new models might be. “Everybody, when you say new models, now says digital,” he says, “but I think it’s more than that, reshaping how we as an industry work”.

Digging a little deeper into this, Foster comments that he is inspired by the success he saw at Comexposium with the ‘one to one’ model, sometimes called summits or hosted buyer programmes. “What I saw,” he says “was a much higher level of engagement and connection between people, which in turn drove value for us as organisers. And it was based not on volume, but on trust and on quality”.

Picking up on the volume point, I asked whether this model is really scalable. Foster says that his experience at Comexposium suggests that this type of events can be really significant in terms of both revenue and size. “Don't get me wrong, they’ll always reach a cap because the event leaders, the event managers will always tell you that you can't be exclusive if you’re mass. But, I think there's a difference. Too many people in the summit business have resisted the temptation to push what exclusive is, in terms of numbers. I don’t mean in terms of the way it’s arranged. You’ve still got to be very exclusive in the way it’s managed”.

Foster clearly thinks there’s a good bit more opportunity to push that type of event but goes on to note: “I should say that I don’t see that necessarily as a replacement for trade shows. I see it as a complement, an addition”. He thinks this is very much part of the current push back toward businesses which are one again “about omni-channel and multi touch”.

And where in the world is looking attractive? “In the short term,” Foster says, “we’re very much focused on businesses headquartered in Northern Europe and then North America, primarily US.” He notes that there is also a lot of opportunity in both China and southeast Asia although he also points out that “Informa, Clarion, and Tarsus would all list those geographies as well.”

Going back to the M&A market, I wonder whether the prime target for Foster is going to be a post-Covid clean-up of the larger companies’ portfolios. “It’s not that simple,” he says. “It’s all about good products.” When asked what constitutes a good product, he says, an event “is a good product if it’s embedded in its community, if it has the opportunity to create those connection points, if it’s important, and not just because it’s the show that everybody feels they have to go to and feel held hostage.” He acknowledges that the large ‘strategic’ players have plenty of those shows and some may come available. However, he sees the field as far wider than that. “I've had conversations with associations, with venues, with private owners, and with the big, big players,” he says.

The world will be watching with great interest to see just when and where those conversations get converted into deals as Foster and his team swing into action.

For a longer version of this interview, look out for the next issue of Exhibition World magazine. We’ll be including there more on Foster’s views on valuations, the ‘omni-channel’ world, travel and its importance to trade fair recovery, as well as his response to the question:n ’Who are your heroes in the exhibition world’.