Meet the CEO: Easyfairs man with his eyes on the prize 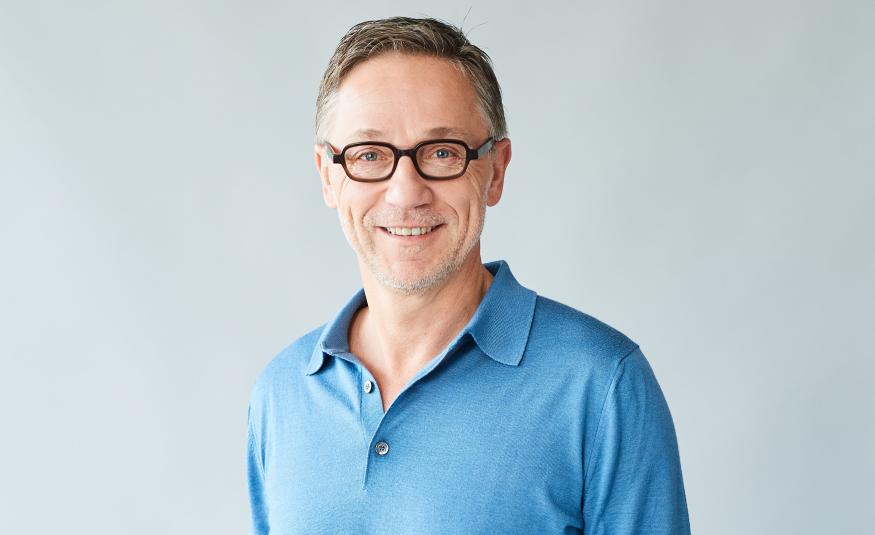 EW guest editor Paul Woodward talks to Eric Everard, founder and CEO of Easyfairs about business models, the bumpy winter ahead, and the rumours which regularly swirl around his company:

Sometimes, even when times are tough, the world moves toward you. Many wise heads in the exhibition world believe that the future points toward focused, domestic or regional events, with a tightly integrated digital offering. Customers are also becoming more price sensitive.

So, Eric Everard, CEO and founder of Easyfairs may be sitting in a pretty good position right now. “If you now look at the crisis,” he says, “and who could resist better or rebound faster, we can say that, probably, national shows that are not too expensive, with a strong digital base, might rebound quickly.”

That’s a pretty clear description of the Easyfairs business model and Everard says, “that’s what we see since 1 September in our business where we are back”. The company has run 30 shows in Europe since that date and, he says, business was back roughly to 100% if that period is compared to 2019. “So, yes”, he says, “the character, the intrinsic characteristics of Easyfairs will probably help us in these
tough times”.

But, it’s clearly not all going to be plain sailing. Everard is concerned about the flare up of Covid cases across western Europe which threatens tougher restrictions in a number of markets. “It’s going to be bumpy for probably a relatively long term,” he believes. “I’m not a strong believer that the situation will be over within  weeks or months, I fear it’s going to last longer”. Two months prior to our mid-November discussion, Everard says he would have said it’s over in Europe and that you could do shows everywhere. He is concerned now, however, that within weeks, even days, “we might hear that some countries are closing again in Europe, which of course would generate a situation that is becoming highly insecure for the entire industry”.

Given that ‘health warning’ about the months to come, we dug a little deeper into that ‘DNA’ of Easyfairs that Everard believes puts it in such a strong position. It’s a simple, three legged strategy. Firstly, there is the affordability factor. “The average price that an exhibitor pays to us, including stand construction, is €7,000 (US$7,900). That’s the cost of his participation.” He looks at this as keeping down the risk for companies to participate in an event. “It’s cost effective for the exhibitor,” Everard says.

The second key characteristic of the Easyfairs strategy is the regional focus. “We do national or regional shows,” Everard says, “and when we say regional it is because we believe the industry is regional”. The company has also added a number of national shows to its portfolio and he notes that that these “are not small at all. But
they are vertical, targeted and national”.

Finally, there is the digital strategy. Like everyone else, Easyfairs moved quickly to experiment with digital events when the real world ones were closed down. They organised 150 over the last two years. There has been some success with more content-driven events but, Everard is clear on what has not worked. “It’s very difficult to have any efficient transactional or networking events,” he says. “That was the lesson and this is probably why the rebound of our business was so strong.” He speaks of online fatigue “where people were fed up with all those Zoom meetings and they wanted to meet physically again, touch, taste product, have a glass to network”. There is, he says, “an energy in the room you can never have online”.

Data story
But, possibly more interesting than the digital events discussion where a broad consensus seems to be emerging, is the data story. Easyfairs has been investing significantly in this area for some years and has a specific vision of what the business opportunity might be. “Undoubtedly, the ability to put learning machines on a data lake having a mass of data that you can collect is a nice potential for every show organiser,” Everard says. For this to become a reality, he notes, you need two things. Firstly, a data lake. “That means that you need a lot of data on what I want, what you want, why are you visiting the show, and on what are you really looking for”. Overall, as an industry, he is not convinced we are ready to take this step. “Which data do we have as organisers today? Not a lot,” he says.

So, how do we improve that situation and capitalise on it? Firstly, Everard says, it is by generating a community platform where the visitor interacts constantly all the year and that that brings information “that makes us as organisers more intelligent”. Secondly, there is a need to apply artificial intelligence to that data to help make sense of it. This requires data engineers, he says, who are still not commonly employed in our business.

Everard sees a need to be able to generate a lot of data and hire the right people to do something smart with those data. “And when I say something smart,” he warns, “don’t forget why we exist. We exist because we serve visitors and we serve exhibitors.”

So, the goal is not to sell quickly on that visitor data, as perhaps was done in the past. “No, it is to improve the visitor experience, the return on time for the visitors, the return on investment for the exhibitor and do that respecting the GDPR rules, etc. It’s a big challenge for the industry,” Everard says. And that is for an industry that he acknowledges is already “quite stretched”.

Pressure on margins
Turning back to the traditional face-to-face business, we discussed the increased pressure on margins. Everard, however, is relatively unperturbed by this in the longer term. “We might,” he says, “in the very short term enter in a period where there is some pressure on margin. You cannot increase your prices when you deliver 50% fewer visitors than the previous event, or even minus 10%”.

“So,” he continues, “you have to be patient and say OK, but after that, we are an industry that has a certain pricing power, due to the fact that no industry likes to exhibit twice a year.” This, he says, “gives us de facto an exclusivity on a sector for a region. This exclusivity, also as a consequence, generates a certain pricing power”. So, before too long, he believes that margins can return to pre-pandemic levels.

Everard’s ambitions for his business are still strong. Before Covid, he says, “we were in a year where we would have done €200m revenue and roughly 200 events. In five years’ time, my dream would be to be to have double this”.

That’s a bright vision and makes Easyfairs a very attractive company for a cash-rich buyer. Before the pandemic struck, the market was full of rumours that the next big deal would be a sale of this business. Everard is well of this. “Easyfairs is ranked 18th in the top 20”, he says. “But it is the biggest strictly privately owned [business] not listed in the stock market, owned by private equity, or a German city. So, yes, there was a lot of appetite from private equity. Yes, we received a lot of phone calls. Yes, it was difficult to say no to certain nice propositions.” But, he adds, “I think we love our company in this industry so much that that we are in for the coming years. There is no debate. We could have sold the company. We haven’t done it and we will continue to grow the company in the near future.”