Latin America looks for cohesion and collaboration to aid relaunch 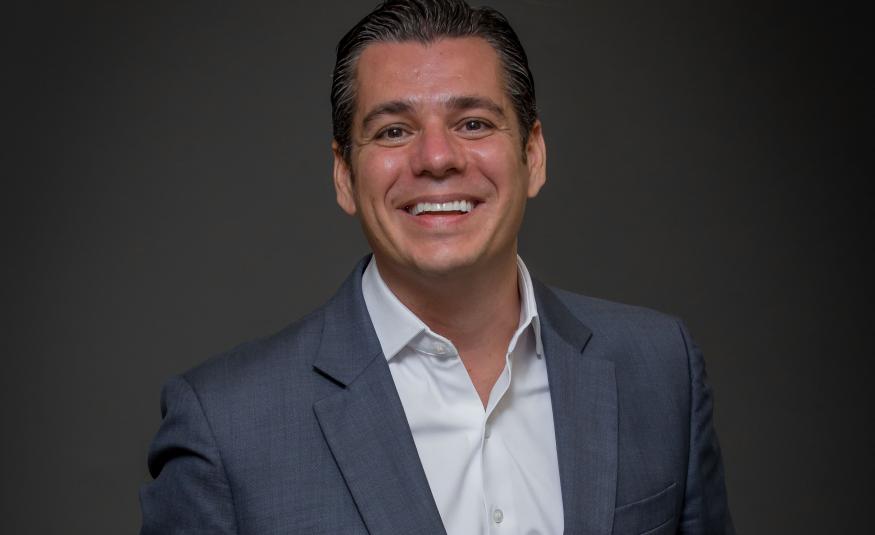 Following last week’s interview with UFI Latin America Chapter Chair Jose Navarro which focused primarily on Mexico, we look this week further south into Central and South America at how the industry has been responding in some of the major markets to the pandemic and the Great Reset.

Across Latin America, exhibitions are beginning to re-open even as some countries struggle to keep the coronavirus at bay. “There is light at the end of the tunnel,” says João Paulo Picolo (pictured), CEO of NürnbergMesse Brasil. “There is hope.” With well over a million people now getting vaccinated each day, he says the mood is lifting. “We know as Brazilians that everything that goes in the media abroad doesn't help us much. But we do have some good stuff to say.”

He is encouraged by statements from the governor of São Paulo that by mid-September a very high proportion of adults there will have been vaccinated. A test event is due to be near the city on 21 July and he hopes that, if that is successful, events will get a go-ahead in two to three weeks’ time. By the end of the year, Picolo believes that the pressure on venue space, which has been an issue in the country’s main business city for a number of years, will return as their biggest problem.

Down in Patagonia, GL Events’ subsidiary Fisa SA showed its confidence in the future of the market last month by acquiring what Francisco Sotomayor, GL’s managing director for Chile, described as the world’s second most important aquaculture event, Aquasur (the number one is in Norway, he says). It has also recently won a 40-year concession to redevelop and manage the Casapiedra event centre in Santiago which it will take over next year.

“Unfortunately, events business has not yet restarted here,” Sotomayor told EW. “It’s been very hard in Chile,” where the impact of the pandemic has been compounded by social unrest. “We should be able to restart by the end of September,” says Sotomayor, “and by then we will have been stopped for 24 months.”

Like so many organisers, Sotomayor says, they have launched a lot of digital events although those have mainly been to maintain the loyalty of the clients and to keep brands alive. “If you don’t connect for two years, you risk that people will forget you,” he notes. “But the good news is that we’re very optimistic about the new beginning. After two years, people are more than motivated to meet again”.

Chile will remain effectively closed to international visitors until the end of July. “The tourism sector is optimistic about re-opening by mid-August,” says Sotomayor. “But everything depends on the famous Delta variant.”

He remains cautiously upbeat about the prospects for relaunching the company’s important Expomin mining event. Instead of the normal 50:50 domestic international mix, he expects it to be around 30% international. “We may need to prepare some creative solutions for those who can’t come,” he says. This could include building small booths with good internet connections to facilitate video conferences with clients. The last edition, he points out, was in April 2018. So, it will now be almost four years since exhibitors have been in the market. Most will not, he feels, want to wait longer than that.

Across much of the region, though, travel is relatively easy. UFI regional manager Ana Maria Arango says that, even with the pandemic not fully controlled, “travel is not a huge problem” between most countries and regional events can still go ahead. But even if allowed, it is clearly much reduced. UFI’s own event in August will still have to be virtual.

NürnbergMesse’s Picolo agrees with the suggestion that Brazil is in a special position because it is, a little like the US or China, primarily a domestic events market with its huge economy and population of 211 million. Even in normal times, most shows attract no more than 5–10% of their visitors from the region, Picolo notes. “Right now,” he says, “it’s about zero”. And something like 80% of visitors to most shows are from the São Paulo region. So, he sees the situation as being very different to what’s going on in Europe at the moment where the lack of international participation is looking like a real problem.

Picolo’s business in Brazil has been supported by a focus on event marketing and data services they have been developing for several years. As well as event services, this includes a content business, NMB Prime, a C-Level matchmaking service, and NMB Lab, a smart data service. “This kept the business performing,” Picolo says.

GL Events is also at the heart of easing future venue pressures in Brazil. With a long-established position running Riocentro in Rio de Janeiro, the company already redeveloped the former Immigrantes venue into São Paulo Expo which it now manages. At the beginning of this year, it was announced that the company would take over the 50 year old Anhembi venue, committing to a long-overdue R$620m (US$120m) redevelopment.

And, it’s not just in Brazil and Chile that new, internationally-managed venues are coming on stream. UFI’s Arango highlights the new Panama Convention Centre, the postponed opening of which is now scheduled for September. The venue with 15,000sqm of exhibition space and a variety of other meeting and function rooms, is managed by ASM Global and will transform the market in that part of Central America.

As elsewhere around the world, industry leaders in Latin America are frustrated how hard they’ve had to work to get their message across to politicians about the value of trade fairs. “I’ve lost count of the number of times I went to City Hall,” says Picolo. Sotomayor has been pushing the same message in Chile. “Exhibitions are part of the solution, not the problem,” he stresses.

When asked about her vision for the upcoming UFI LATAM Conference Arango focuses on the need for greater collaboration in the region. “This region is less cohesive than others,” she says. “People don’t know each other so well.” She points out that there are 1,200 organisers and 700 venues in the region and suggests that there can be a lot of opportunities for them to work more closely.