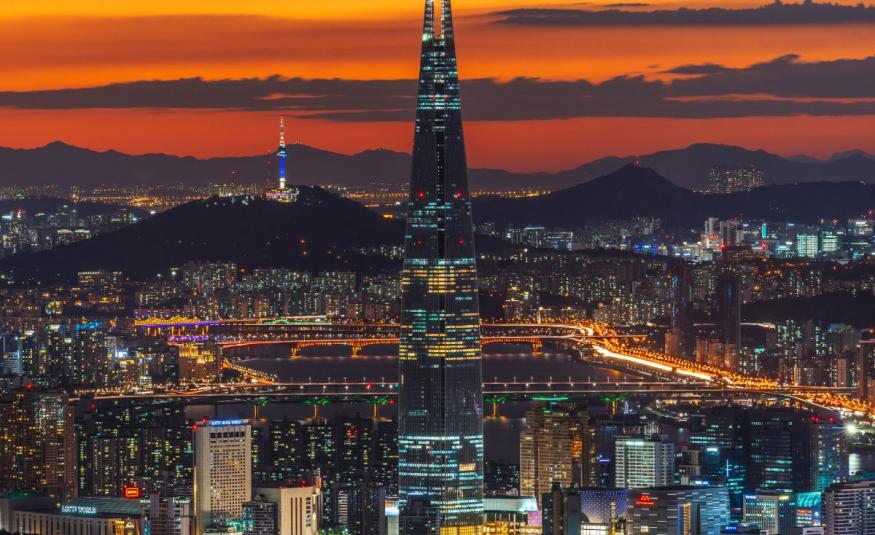 The emergence of the Covid-19 pandemic plunged the world into rapid changes. Fearing the strong transmission rate of the virus, countries around the world closed their borders, and all industries, regardless of field, fell into a period of severe recession. However, this also drove industries to take an evolutionary step, that is, digitalisation and environmentalism.

The Covid-19 pandemic accelerated the process of digital transformation, forcing the change from a contact-based society to contact-free society, and provided an opportunity to reflect on our indifference towards environmental pollution over economic growth. The MICE industry also had to accept this change. During this process, there was a country that actively accepted the shift in the industry paradigm, and even turned the crisis into a new opportunity through robust infrastructures. That is South Korea.

Smart conventions based on the world’s best ICT infrastructure

South Korea became the first country in the world to commercialise a 5G mobile network in 2019. The 5G network with a maximum speed of 20Gbps enables seamless real-time services. Using the cutting-edge infrastructures that the country already had, most conventions held in South Korea since the pandemic were converted to smart conventions, which can only be supported by ultrahigh-speed and hyper-connected networks that are stable. The smart conventions are held in a hybrid form, where both online and face-to-face sessions are held simultaneously using ICT technologies, such as holograms and virtual convention platforms.

The 8th UIA Round Table Asia-Pacific, held in 2020, took place in a 3D virtual platform “Virtual Seoul” (virtualseoul.or.kr) set in Seoul. Comprised of 3D virtual international conference halls that show 360-degree panoramic views of five popular tourist attractions in Seoul, it’s the world’s first virtual platform designed to promote a city itself. This is a model example of how a virtual space was used to promote a city, which was considered a potential downside of contact-free MICE. With a recent upgrade, participants can now enjoy various team-building activities with individual characters in Virtual Seoul.

Korea MICE Expo is an annual event held by the Korea Tourism Organization (KTO) to target MICE industries. It was conducted in the hybrid form where face-to-face and online sessions were held at the same time using a virtual platform. Online viewers could watch speeches given by international guests through holograms, and KTO successfully kept online viewers engaged through various staging techniques using a three-sided LED screen.

As the MICE industry is expanding its scene to online meetings, major exhibition and convention centres in South Korea are also paying more attention to building digital infrastructures. Examples include AR and VR exhibition halls or virtual consultation booths recreated in a virtual space. Some have introduced service robots that use the Internet of Things (IoT) technology to check the crowdedness of indoor spaces, measure body temperature of visitors, or detect those who are not wearing face masks.

BEXCO in Busan has a video studio fully equipped with video shooting and transmission systems for video meetings. It can also easily accommodate up to 40 people. COEX in Seoul is operating South Korea’s first MICE studio specialised for hybrid events. Songdo ConvensiA in Incheon has a virtual studio where VR and hologram videos can be shot and screened.

Many local governments and cities are also making efforts to deliver digital MICE. The Seoul Metropolitan Government produced 360-degree VR videos of 50 hotels and unique venues, as well as convention centres in Seoul to help visitors get a vicarious experience of the city. The Incheon Metropolitan City Government offers directions, luggage storage, and business matching services by using the IoT and network technologies. The remarkable development of South Korea’s network technology will help the MICE industry continue its business in a new form, the fundamental nature of the business being all about meeting and exchanging.

Green MICE with an emphasis on low carbon

Another change that the MICE industry of South Korea is orienting itself towards is green MICE. Green MICE means applying the concept of eco-friendly practice to all areas of an event, including the selection of exhibition and convention venue, the materials of the booth, as well as the food that is provided at the event. South Korea is practicing low-carbon green MICE by applying cutting-edge technologies.

For the 2021 P4G Seoul Summit Green, Future Week, which was the first contact-free summit held in South Korea, the Korean government planned an opening ceremony that can amplify the event’s identity as an environmental event. Since building and removing new performance stages leaves a big carbon footprint, as well as waste materials, physical stages were kept to a minimum, and all of the performance props were made of natural materials, which were later recycled or upcycled as souvenirs or eco-friendly items.

The “Green MICE, green Busan” campaign launched in 2021 is an event directly promoting eco-friendly MICE. It received positive responses from the citizens by using recyclable appliances, waste wood, and banners. In addition, convention centres located in Seoul, including COEX, are making voluntary efforts to increase the percentage of eco-friendly materials and system booths used in individual exhibitions through internal policy development.

At the P4G Seoul Summit Green, Future Week, the opening ceremony stage was made of real-time augmented reality and spatial cognition technology (Tracking Live AR) instead of physical materials, such as wood. It was the world’s first MICE event to have such a stage. Five sides of the building, including the ceiling and the ground were covered with video images, then the AR technology was used to project vivid images of a pine forest, animals and plants. Many applauded the immersive space recreated on the stage through digital video technology without the use of physical elements that create waste.

It actively implemented technologies that can save energy used in MICE spaces. Suwon Convention Center in South Korea established the “Smart Grid Station,” an eco-friendly energy management system. The Smart Grid Station is an intelligent electrical grid that applies information communication technology to operate equipment of a building, such as electricity, gas and water systems, leading to a decrease in energy consumption and an increase in efficiency. The Smart Grid Station is applied to the renewable energy generation facilities, energy storage device and lighting, air conditioner/heater, and elevators/escalators inside the centre. Through the Smart Grid Station, it is possible to manage electricity demands centrally, in real time, and decrease electricity consumption by efficiently responding to peak hours when a number of visitors occur due to a large-scale event. It also has an effect of reducing 244 tonnes of greenhouse gas emission per year.

In addition to such efforts, South Korean conventions often distribute various brochures and presentation materials through online channels and smart phone applications in order to minimise the amount of paper used.

As demonstrated by the cases above, the MICE industry of South Korea is responding more actively than any other countries to new values demanded by a new era of events. Do you want to experience a new form of MICE, with transformed values that is safe? Then look no further than South Korea.