IELA Talk #8 on winning back confidence in the Americas 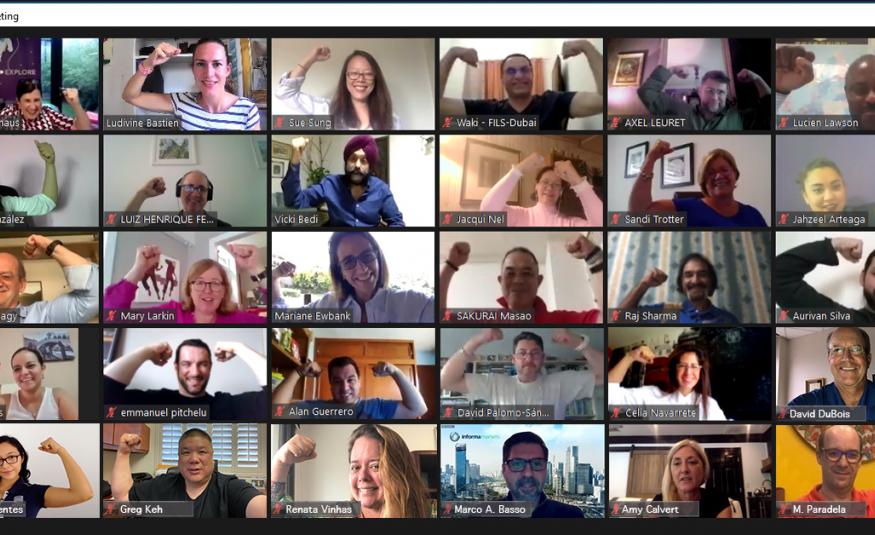 The International Exhibition Logistics Association (IELA) held the latest in its IELA RELOAD Regional Talk series on 3 July.  www.iela.org Its IELA Talk #8 Americas - Winning Confidence Back was designed to leverage support to get the Americas re-opened

Trotter opened the discussion with UFI and Diversified Communications USA president Mary Larkin, who noted, “Collaboration is key” in order to bring the industry out stronger than ever from this crisis.

International Association of Exhibitions and Events president and CEO David Dubois described the US situation as similar to being “on a roller-coaster”, well behind Europe and Asia regarding pandemic control.

Go Live Together executive director Sue Sung reported on campaigning actions and called the industry a “growth engine”, with 6,640,000 jobs relating to live events and a total value of $US419bn in the US. She added there was much education still to be done as people did not automatically understand the industry. Commenting on the complete closure of shows, Sung highlighted the fact that there are no half measures, contrasting the ability of restaurants to open partially, as distinct from tradefairs.

Dubois believed “virtual is not the answer”. While Celia Navarrete, AMPROFEC AC Mexico president and Informa Markets Mexico executive vice-president, thought a “combination”  would be our new reality, with content of utmost importance to attract audiences.

Larkin said that her feedback from customers from all industries had been clear that the re-opening of tradefairs was awaited with anticipation, especially among small to medium-sized companies who relied on shows to fuel their business. She believed tradefairs would become more focused with fewer people under one roof in the exhibition halls, resulting from techniques such as staggered visitor entry. Basso mentioned that there more ROI would be demanded from shows by exhibitors.

Ewbank thought a clear single vision was not possible due to the situation being very unpredictable and Joao de Nagy, Ubrafe Brazil vice-president, commented, he was “hoping for August, praying for September”.

Small and medium-sized companies could probably not survive on the long term in certain industries, de Nagy believed, and said it was imperative that “tradefairs and corporate events should detach themselves from consumer events” in order to be recognised as a vital part of the revival process for the economy.

Marco Basso reflected on his fight to keep shows and emphasised that strong partnerships with venues had saved the day.

Basso added that the perception of tradefairs being mass gatherings was damaging to the cause and he noted a “domino effect” as European subsidiaries recommended the cancellation or postponement in Brazil of show participation as uncertainty grows.

Celia Navarrete reported similar settings in Mexico where the B2B market had been hard hit by the crisis.

Events Industry Council CEO Amy Calvert put the focus on building trust and promoting the value of the face-to-face experience. She underlined the crucial significance of the advocacy role in “asserting the social impact... to capture the minds of policy-makers” in order to get the industry back on its feet.

The panel stressed that every individual had his/her role to play in this campaign with innovation being demanded at shows in order to fulfill the expectations of the targeted communities who want a clear and transparent concept.

With full global recovery only expected in 2023, the panel thought the industry would be aiming at coming out of the crisis more deeply committed to areas such as sustainability and social impact hen organising events.

All participants agreed protocols were required in order to build confidence to re-open shows. Dubois recommended the Global Biorisk Advisory Council (GBAC) which was able to offer advice businesses on certified protocols to control the spread of infection, while de Nagy spoke of strict serious protocols being created in Brazil adding, “the more mature (they are), the more confidence is built with the public”.

Trotter concluded that there were lessons to be learned from European counterparts who were at a further stage of organising test shows which would reinforce the conviction that trade fairs are not mass gatherings.

The session is available in full here:

IELA is currently represented by 172 members and 31 affiliates in 56 countries.