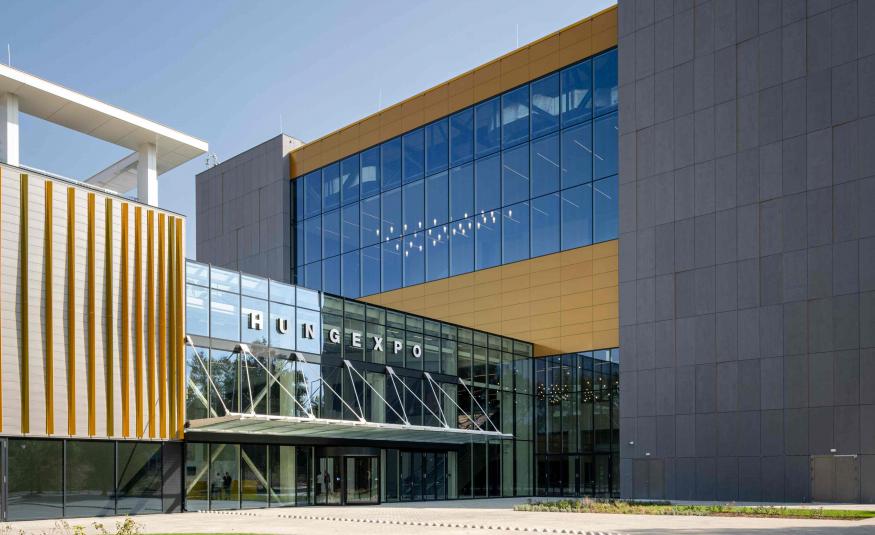 A fully refurbished Hungexpo Budapest Congress and Exhibition Centre is now open for business after two years of renovation work.

Hungexpo Budapest is a GL events site and central Europe’s largest conference centre, having undergone a €170m refurbishment, which includes the enlargement of the exhibition space.

New buildings on site include a 21st-century architectural design structure, with an entry hall on the ground floor and Hungexpo offices on the 2nd and 3rd levels.

With the two new exhibition halls and the new congress centre, Hungexpo claims to be the largest multifunctional exhibition and congress venue in Central Eastern Europe.

Gábor Ganczer, CEO of Hungexpo and president of the Association of Hungarian Event Organisers, said: “We are very proud to start a new chapter in our company history with the fully renewed and expanded Hungexpo, which now has the capacity to host complex events of any size... The development is a big step forward not only for Hungexpo, but also for the entire Hungarian tourism industry.”

Sven Bossu, CEO of the International Association of Convention Centres (AIPC), visited the site for the opening ceremony and said: “I had the pleasure to see the profound transformation of Hungexpo on site and it is truly impressive. The brand-new conference centre is not only pleasing for the eye, it also offers ultimate flexibility in terms of room capacity and set-up.”

Hungexpo Budapest is Hungary’s largest venue and event organising company and became part of the French GL events group in 2006.

Hungexpo also hosted the 52nd International Eucharistic Congress as its first large international congress post pandemic, in early September, as well as the inaugural international exhibition of the new complex ’One With Nature’ World of Hunting and Nature Exhibition, now open until 14 October 2021.