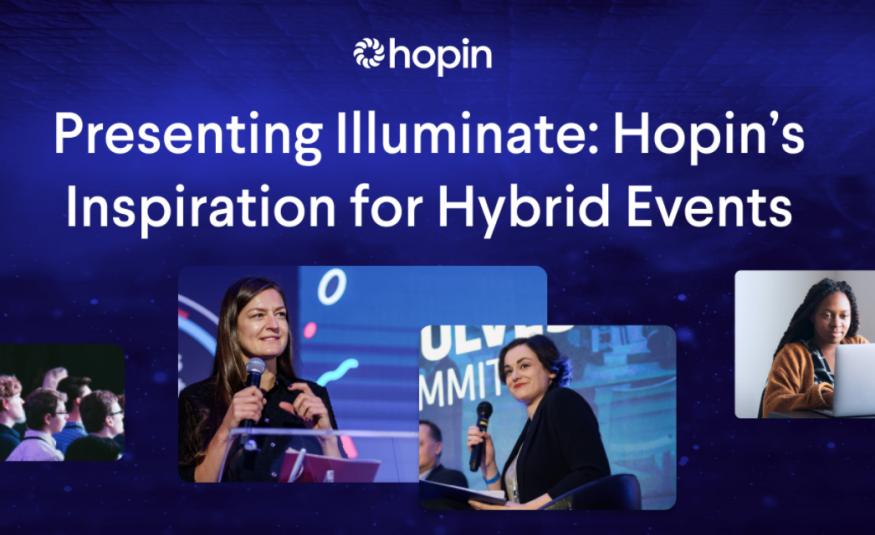 Hopin Illuminate, broadcast 7 July from Los Angeles, brought together event organisers and marketers from all over the world to explore the future of the events industry, best practices for hybrid events, and more.

Attendees heard from leaders across the industry, including Salesforce, Marriott and Gap Inc., as well as the youngest Nobel Laureate, Malala Yousafzai.

Hopin made a series of announcements, including detail of its fifth acquisition of the year, Attendify, an integrated event marketing platform. The company also released its free event management plan, designed for smaller gatherings of up to 100 people lasting up to two hours. It also offers an integration with GoFundMe allowing for in-event donations. Hopin also raised USD$10,000 at Illuminate, in donations to support GoFundMe’s Learning and Education Cause.

Other topics covered at the session included:

Hopin also revealed its first global brand campaign created in partnership with creative agency Bokeh, set to debut on 12 July . See here for a preview of the campaign.