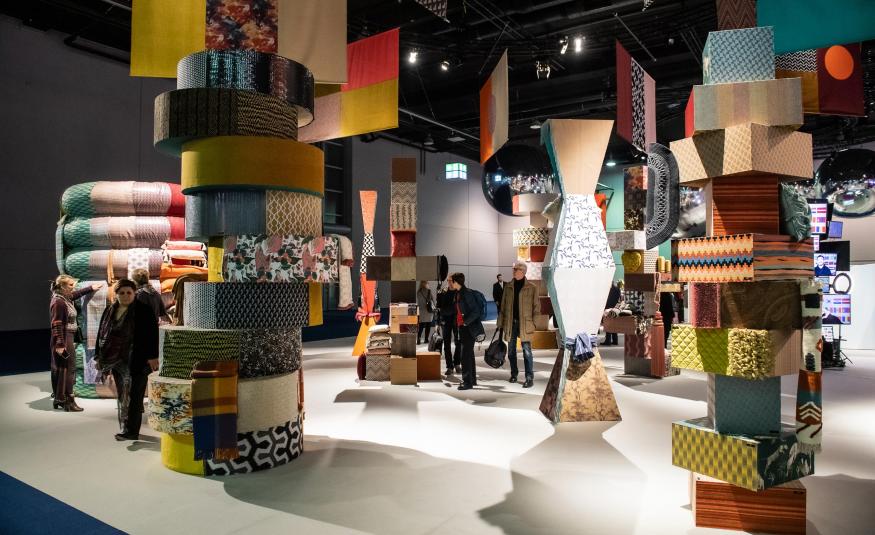 Manik Mehta reports from Frankfurt’s Heimtextil, and finds out how the home textile industry is moving fast towards sustainable production practices.

In keeping with the growing public sentiment for environmental protection, Messe Frankfurt’s Heimtextil exhibition, the world’s biggest event for the home textile industry, used sustainability as its broad theme from 7-10 January.

The bright young minds of today are involved in issues of sustainability and climate change from their early school days, and their passion was embraced by the business community and industry at the Heimtextil tradeshow –- the 50th edition since its launch in 1971. Many exhibitors put up large sign boards at their stands explaining the steps they have taken on environmental protection and sustainability.

Lucie Brigham, the Chief of the UN’s Office for Partnerships, attended the opening of the exhibition to demonstrate the world body’s support for Messe Frankfurt’s efforts to promote sustainability. 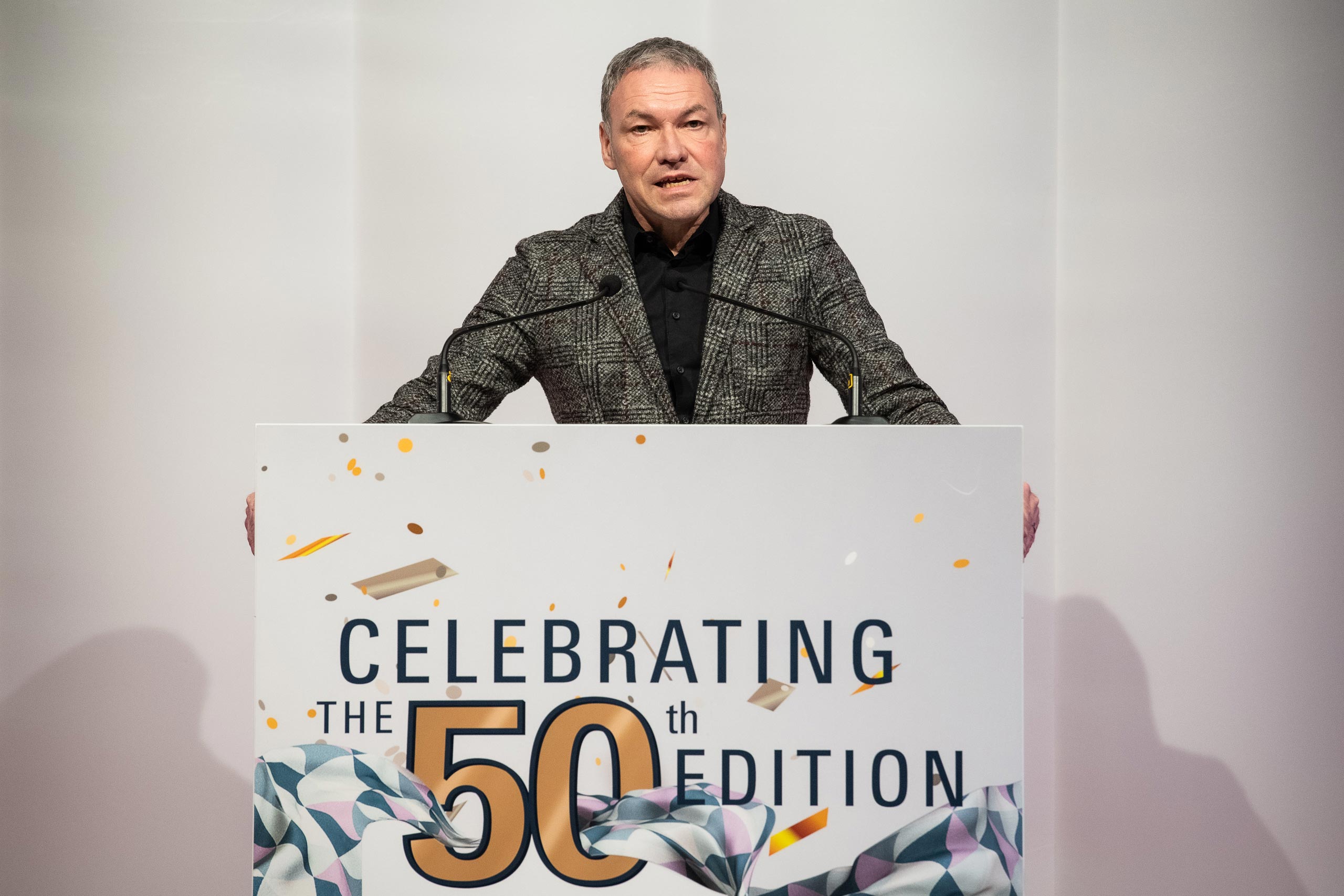 Exhibitors from the home textile industries of Portugal and Pakistan showcased sustainable products under the theme ‘iTechStyle Green Circle’ and ‘Sustainable Pakistan’, respectively, in two different halls at the exhibition.

Hassan Suleri, Deputy General Manager (marketing) of Sadhaqat Ltd, which was showcasing home textiles, bed linens, duvets, cushions and curtains, told EW that sustainability was a crucial factor for the long-term survival of the textile industry. He said: “Reducing waste water, environmental protection, planting more trees, etc. are some ways to enhance the sustainability factor. We are displaying today a wide range of products manufactured with recycled water. We have a waste treatment plant at our facility in Pakistan and 40% of the water used is recycled.”

Suleri said that geopolitical uncertainties did affect the trade. “Brexit, for example, is a source of uncertainty for us. Our main business is with the UK and other European countries. The US is another big market for us. US buyers are very price conscious,” he observed. Asked about China’s potential as an increasingly lucrative market with the rising incomes of its people, Suleri agreed it looked attractive, “but it is not an easy market to penetrate because Chinese suppliers are also competitors”.

Another Pakistani company, Fatima Weaving Mills of Karachi, said that it was meeting customer demand for recycled raw materials and products. Abdul Shareef Khan, the company’s GM, said: “We reprocess a towel and convert it into yarn. Customers demand organic products, with yarn made through the organic process. We have installed an effluent treatment plant (ETP) which is used to produce environment-friendly materials.”

Wendy Tan, Managing Director of Malaysia’s Nature World Sdn. Bhd, which supplies home linen, uniforms and fashion products, said her company is in expansion mode. It is investing in upgrading infrastructure and acquiring additional production space. She confirmed that she had received “some fantastic business enquiries” at the show. 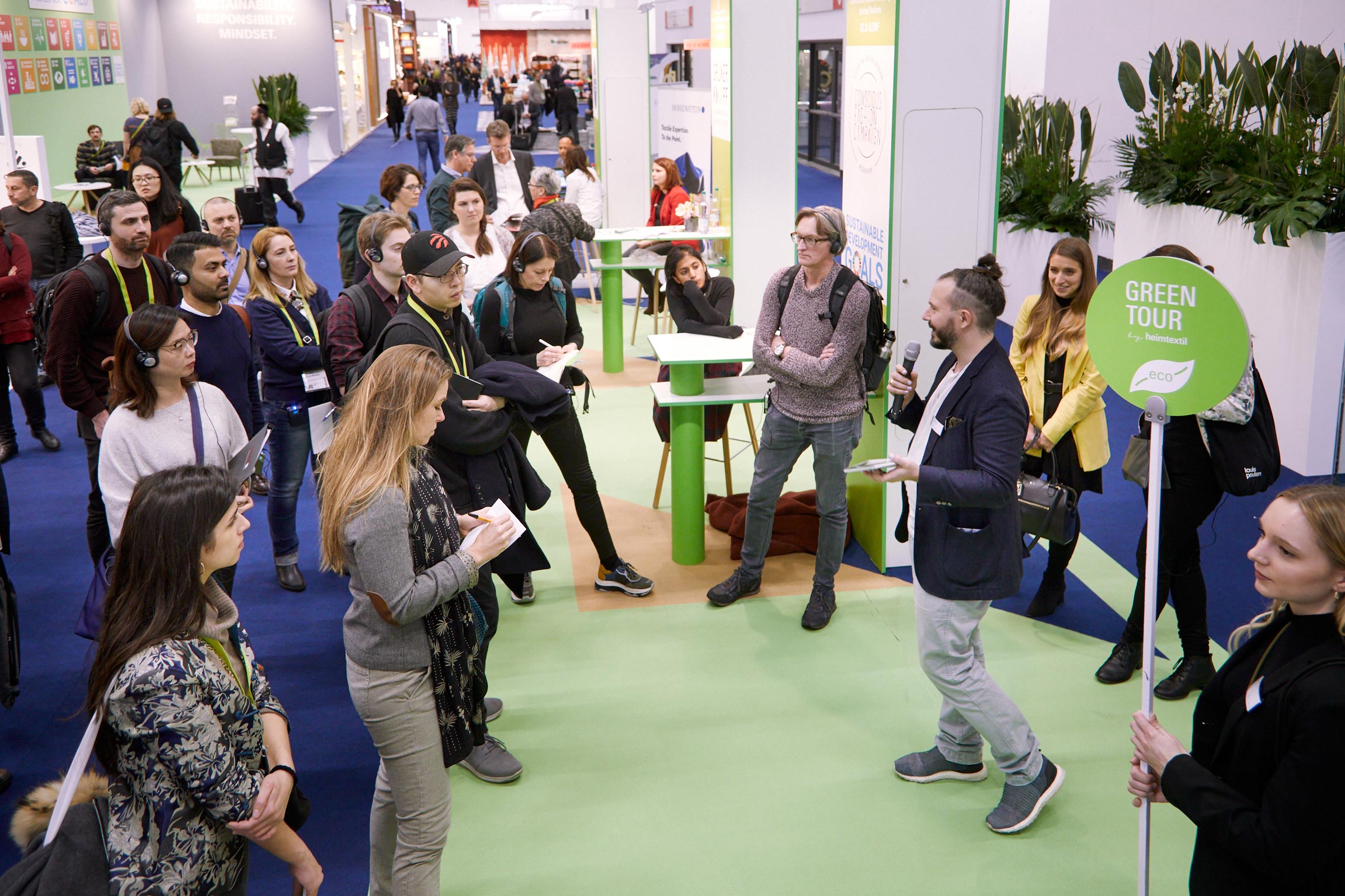 Tan said her company had been talking to a recycling-specialised company in Johor, a Malaysian state on the borders of Singapore, for recycling materials from old garments. “We plan to recycle yarn. We have received enquiries from the US, Canada, Belgium, Denmark, India, Brazil, Columbia and Germany, among other countries. Possibly because of the US-China trade war, we discerned interest among US buyers for our products because these buyers want to diversify their source of purchase and turn to other Asian suppliers, including Malaysia,” she added.

“Some 55% of our exports go to the EU, but the US is a big and growing market for us. We export to more than 160 countries,” Tasdelen-Engin said. Turkey, which is Europe’s biggest producer of synthetic materials, is also adapting to the sustainability requirements of the textile trade. “The Turkish government has taken environmental protection initiatives,” she said, emphasising that recycled material was not “inferior material”.

M. Atilla Bulut, General Coordinator TETSIAD, Turkey’s Istanbul-based home textile association, which has 1,000 member companies, said although show visitors to the Turkish exhibitors at Heimtextil 2020 had been a little lower than last year, visitors had been “good quality”. “We have faced market losses in our neighbourhood - Syria, Iran and Iraq were once our biggest markets . We are concentrating now on the European markets, particularly Germany and the UK and encouraged by the response from US buyers. Russia is another potential market for us,” Bulut explained.

Olaf Schmidt, Vice-President (textiles and textile technologies) of Messe Frankfurt, told EW that the Messe had organised a special design show segment, ‘Trend Space’ in Hall 3, where sustainability was “not only spoken about but also acted upon”.

Schmidt said sustainability was becoming an overall industrial orientation, and more and more industries would be constrained to make changes to embrace it. “We already see recycled yarn produced from recycled PET bottles,” he said. Water conservation would be key for the textile industry’s survival; China, he pointed out, was making a lot of investments to launch water-saving process.

Aside from issues of sustainability and environmental protection, the labour-intensive textile industry is preparing for next-generation manufacturing, resorting to digitalisation, robotics and automation. A special show segment called “textile technologies” showcased technological innovations, including the Demsan Tekstil Makine and Tunca Teknik from Turkey, as well as state-of-the-art sewing machines from the US.