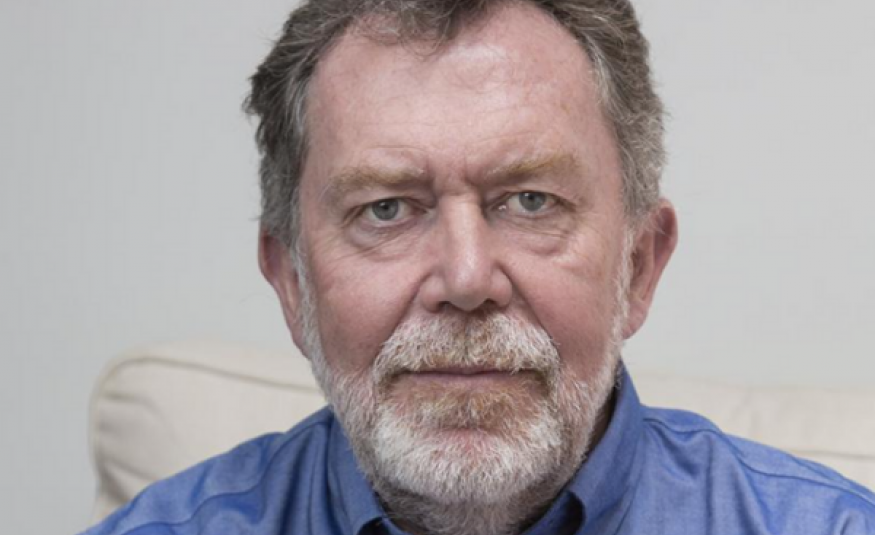 Five months into his six-month term as EW guest editor, and as organisers finalise their 2022 budgets, Paul Woodward takes stock of where the world is today and how the industry is looking based on the discussions he’s been having with leaders around the globe.

Those economists have a way of spoiling your day. The markets are up? “Dead cat bounce,” they say. Your wages are going up? “Inflation,” they cluck or, even worse, “stagflation”. No wonder some CEOs in the exhibition world have banned the purveyors of the so-called dismal science from conference platforms they manage.

So, we’ll do our best to leave the Dr Doom Halloween mask in the drawer. But, before we move on, let’s get the less encouraging news out of the way. Having shown a strong bounce back from the dire times of 2020 in the first half of this year, most major economies are slowing. That was expected. But many are slowing a little bit more than expected and the IMF has downgraded its global growth forecasts. Supply chain snafus (what the Economist magazine is calling ‘the shortage economy’) combined with continued delta variant disruptions, are taking the shine off growth.

That shortage economy, combined with oil and gas producers cashing in, and tight labour markets (we won’t go down that particular rabbit hole today) are all combining to push up inflation. Even in Germany, where they’re allergic to it, we’re talking 5%. It’s hardly time for taking wheelbarrows of Euros to the bakers and economists are generally convinced this inflationary bubble will be short-lived. But the world has got used to this being well under control. It’s a bit scary and that’s denting business confidence a little.

So far, so unsettling. But, what about global trade, the key driver of the international trade fairs which are our key focus here at Exhibition World? Here there’s some good news. The World Trade Organisation recently updated its forecasts and it now expects that merchandise trade will be back on its pre-pandemic track by the end of 2022. That’s a substantial upgrade from the previous forecast in July and undoubtedly good news for our industry.

So, what does this all mean for the world of exhibitions? Around the world, most organisers are in the process of finalising their budgets for next year. Everyone has a very sharp eye on the crystal ball. Firstly, I would echo what Phil Soar, currently acting as guest editor at our sister publication Exhibition News recently told the UK industry, “The signs are very good”. It seems clear that many of our customers want to ride that bounce in trade. Exhibitors are keen to get back to in-person events where they can. Some of the large corporate exhibitors remain constrained by ultra-cautious travel policies but those are starting to be unravelled.

Visitors have been quicker to return than exhibitors in some cases. This has led to reports of higher levels of satisfaction among exhibitors who were able to be more prominent at local events. At the same time, some visitors have reported that they are disappointed not to see all the key players in their industry. This is beginning to change for the better.

You must be mindful of conflating ‘good signs’ with ‘back to normal’. In several conversations this week, senior industry leaders have told me that their managers are bringing to the table budgets which are still 25–35% down on 2019. Depending on where in the world a business is weighted and the budget wrangling ends up, a number of them are hopeful that they’ll be able to report a 2022 ‘only’ 20% down on 2019. That’s a whole lot better than anyone was able to manage in 2020 or this year but it clearly does mean that the road back still has some potholes which need fixing. However, rebooking levels for 2022 do suggest that, in markets which are fully open for travel and without onerous restrictions on event management, we could be back to pre-pandemic fair sizes by the end of next year.

The fact that many fairs are likely to be smaller for another year or so and that exhibitors have reported being happy with some aspects of those smaller fairs presents an interesting challenge to organisers. The economics of our industry clearly mean that there are huge benefits to margins from scale. The bigger really is the better for those in the counting houses. There clearly are ways to satisfy the needs being met by smaller, more focused events without having to give up on scale. But to pull this off satisfactorily requires some fancy footwork by show managers.

There is still a lot of talk about digital, although the focus among the organisers we’re speaking to is more on integrating technology with face-to-face events in order to enrich data flows. The exhibition side of the business events world has largely dismissed pure virtual events as a side show. There is increasing focus on revenue enhancements which this can generate. As Constellar’s Jean-François Quentin told us recently, the pandemic-enforced closures forced revenue generation from digital which had previously been little more than an aspiration for most organisers. Some of that was, of course, ‘compulsory revenue’ where event deposits were rolled over into digital products. Many, if not most, customers will not choose to repeat that spending. Quentin believes, however, that a 20% boost on top of previous event revenues is an achievable goal. Given the levels of investment required, CFOs across the industry will be hoping so.

Which brings me on to margins. Quentin described pre-pandemic exhibition industry margins as “juicy”. In the budget discussions now under way, there is no doubt that a key focus is just how juicy they might be in the future. Not only are we faced with significant investment in digital technologies backed by as yet uncertain revenue streams. We are also faced with the increased costs driven by the inflation we were discussing at the beginning of this piece. Suppliers are under huge pressure and, already operating on paper thin margins, and won’t be able to absorb much of the cost. How many organisers are going to be brave enough to put their prices up substantially next year?

Venues are the biggest cost for most events. A few places are offering either discounts on venue rental or, as in Hong Kong, government subsidies. But that’s certainly not going to be a universal panacea for margin woes.

Most venue managers, even where the buildings are owned by government, are tasked with turning an operating profit. And, in some places in the world, we are actually hearing of significant venue rental increases.

As we have said before, overlaying all this is continued uncertainty about how exactly the pandemic is playing out.

China is held up in some quarters as an example of aggressively managing toward ‘zero Covid’. And yet we have just heard that organisers in Shenzhen have been told that they, too, will have to postpone events scheduled for October and November following the lead taken by Shanghai and a number of other cities earlier in the autumn.

Budgets written in pencil tend to be frowned upon but many in the events world will have little choice as those crystal balls remain pretty murky as far as 2022 is concerned.