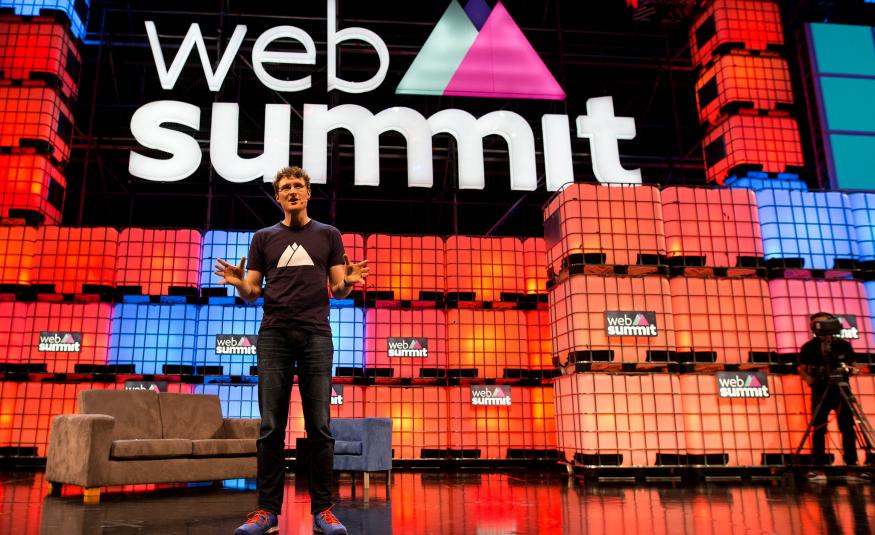 As CEO of one of the world’s largest tech conferences, Web Summit, Paddy Cosgrave is familiar with the world of virtual and hybrid events. His company has been creating software to streamline the process of running large-scale, digitally connected events since it was founded in 2009, while also integrating that technology into the extremely successful Web Summits themselves.

Since the first Web Summit in 2010, the event has now grown to a global brand that welcomes 70,000 people to Lisbon every year. The company also runs sister events RISE Conference in Hong Kong, Collision in Toronto, SURGE in Bangalore and MoneyConf in Dublin.

Since the pandemic began, Web Summit has been forced to take all of its exhibitions and conferences into the virtual space, but it has more experience doing so than most. Web Summit is a highly tech-integrated show, where everything from registration to ticketing and interacting with stands is done through phone apps, QR codes and other kinds of technology.

Cosgrave recently sat down with Doug Emslie, CEO of Tarsus Group and SISO Chair, to discuss how his company organized a successful virtual edition of one its shows – Collision at Home – and how organisers and exhibitors can maximise their return on investment for virtual events.

Cosgrave’s key message was that the value of virtual events is to be found in one-to-one networking, not in endless streams of digital content. He stressed that what all exhibitors want from any event is lead generation, and this can still be achieved without face-to-face interaction. In fact, Cosgrave said that in many ways a purely digital event can provide more opportunities for one-to-one networking than a physical event.

“You can hold more meetings online, when you’re not walking from one end of a giant hall to another, so certainly it can be more efficient,” he said. He then outlined how Collision at Home made use of a ‘mingle’ feature which delegates could use at any time, whether during sessions or in dedicated networking breaks.

“You can press a button and it launches a three minute call with who we think is the best person available at that moment for you to meet. And at the end of three minutes it’ll close and you can rate the call, and we use that feedback to refine the algorithm that matches you with other delegates.

“We actually found the majority of people who attended Collision at Home were using these one-to-one interactions. People loved the idea that there’s a three-minute clock, and when it runs out the conversation is just over. Because let’s be honest, we’ve all been in conversations on show floors with people where you’re thinking ‘ok great great, I actually need to go’ – you’re too polite to cut it short. People loved the efficiency and the volume of people they could meet. And also we keep a record of who you met, so following up is very easy.”

Alongside the ‘mingle’ feature, Collision at Home allowed delegates to provide realtime feedback on speakers at the event. This included the ability to throw ‘virtual tomatoes’ at speakers by posting tomato emojis in the chat. “I think watching long streams of content on these platforms can get a bit dull, so just adding a bit of fun was important. It adds another realtime dimension,” says Cosgrave. 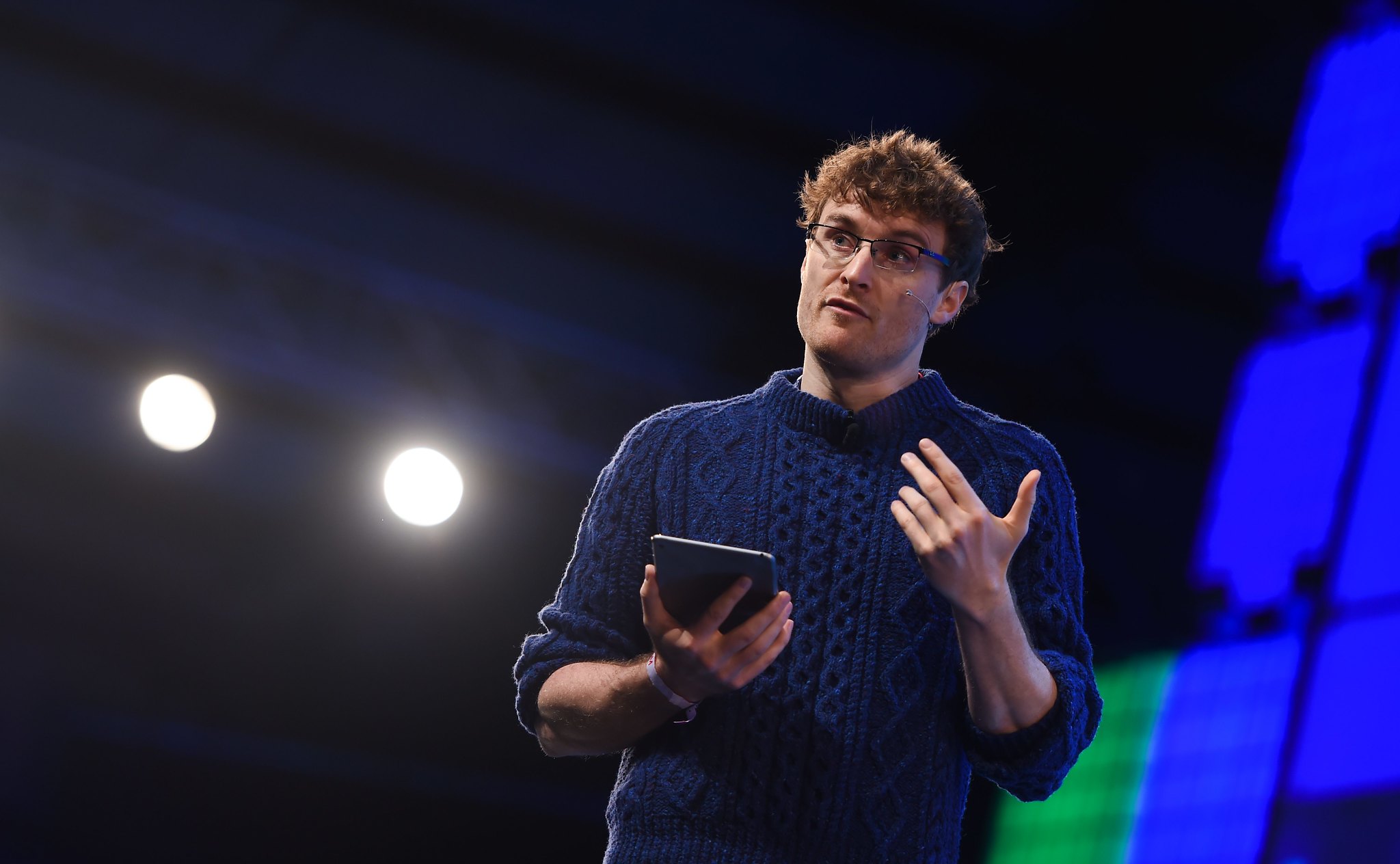 Moving on to the more serious topic of how online events can provide return on investment, Doug Emslie noted that many virtual events have struggled to provide value to exhibitors. Cosgrave agreed, and said that the first thing Web Summit did after cancelling their in-person events was to provide all exhibitors a full refund if they wanted, or the option to transfer to 2021.

“We wanted to force ourselves to create value in our online conference. It’s a false economy to partially charge people – we needed to create a compelling experience that people were willing to pay for,” he said. “Because we build software as well as running events, we knew intuitively that Microsoft, Amazon, Mercedes, etc are primarily after lead generation. And we were able to deliver that with Collision from Home.”

Perhaps it is this laser focus on providing digital networking opportunities that has allowed the company to continue thriving even during the Covid-19 pandemic. Cosgrave points out that Web Summit has “let nobody go since March, and we’re continuing to hire relatively aggressively. We’ve hired about 35 more people between March and now, overwhelmingly in engineering and related roles.

“Online conferences can make money. The lights are still on. If you run a big event, you have to be able to create these bespoke experiences for your partners, and I think a lot of that is around giving people the chance to meet one on one.”

Web Summit has grown into a very successful event, especially considering its relatively short history. Cosgrave says that in 2018, his team were offered €17m a year by the city of Valencia to relocate their event from Lisbon, and also received bids from cities in France, Germany and Italy. They ultimately decided to stay put in Portugal: “Lisbon is an amazing city, and we know the people.”

Emslie noted that Web Summit attracts a regular crop of high-profile celebrities both from the tech industry and further afield. The event has welcomed Twitter CEO Jack Dorsey, U2 frontman Bono, Tony Blair and Edward Snowden among others in previous years. But Cosgrave says he doesn’t plan to use this popularity to expand outside of tech events. Instead, he sees things moving in the other direction.

“I think every company is increasingly a software company. 120 years ago there were companies who said ‘oh, we’ll never use electricity’. But of course everyone uses electricity, and you’re daft if you don’t.

“In a dream world for me, the online conference platform is the first step to helping some of the biggest events in the world do everything from ticketing to registration to badging. Hopefully by 2022 or 2023 we’ll be helping some very big shows with all the software needs they have. I think one of the problems with big shows is they have different software for ticketing, registration, an attendee app. They don’t really talk to each other.

“You’re using half a dozen different providers, but we’re trying to build the whole ecosystem. If anything comes out of all this, hopefully it’s that our software will start to be used by other people that organise large shows.”