Inside the world's largest exhibition venue 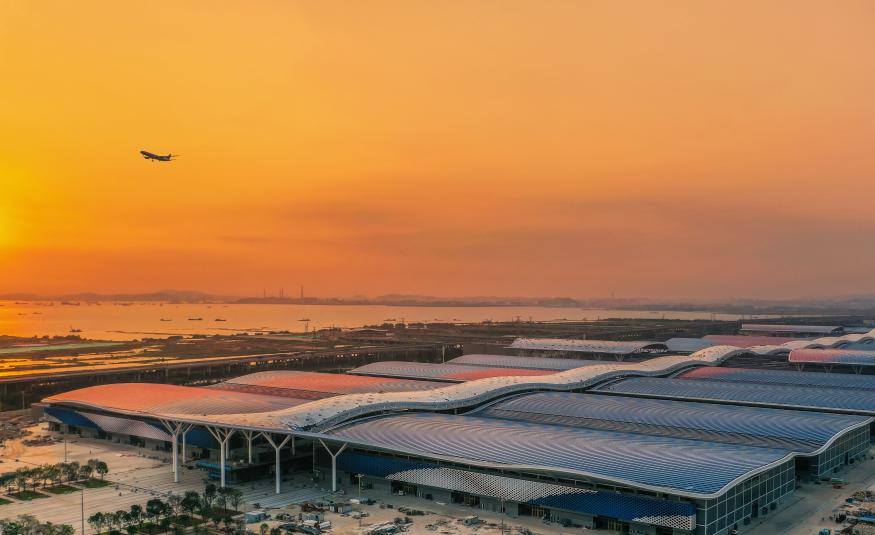 EW takes a trip to China's Pearl River Delta, where new venue Shenzhen World is set to become the largest exhibition space in the world upon its completion.

In a matter of weeks China, is set to open Phase 1 of what will become the largest exhibition venue in the world.

The new Shenzhen World complex is located just across the border from Hong Kong and is a truly breathtaking achievement of planning and engineering.

With Shenzhen transforming itself in recent decades from a small fishing town of 30,000 people, to a 19m population super city that  boasts a GDP third only in China to Beijing and Shanghai, the Shenzhen World Exhibition and Convention Center is set to be the main platform for the industries of the Pearl River Delta to showcase their products to the world, as China’s economy powers ahead.

Shenzhen World is set for a soft opening in November 2019 and already has a pipeline of tradeshows booked in, management told EW. Shows include a leading Chinese furniture fair in March 2020, which is set to take over a significant part of the Phase 1 capacity of over 400,000sqm space across 16 standard indoor halls, one mega hall of 48,000sqm, one conference centre and one more event centre hall with a capacity for 13,500 attendees.

The opening of Shenzhen World will allow the show to transfer from the city’s old exhibition centre where it had maxed out at 110,000sqm.

With a fishbone style roof running the length of the new 1.75km construction, the project is striking to say the least. There are also two lobbies, each of 6,000sqm.

“Shenzhen will be the No.1 economic city in China, possibly even in Asia in medium to long term. The earlier you will be here the better it is for you.

Exhibition industry consultants JWC have ensured a very high specification all through, and there are to be four hotels on site when the Phase 2 completion adds a further 100,000sqm of event space. SMG has a contract for supporting operations at the venue.

Shenzhen World will have two metro stations and is close to the Airport New Town, lying at the top of the Guangdong-Hong Kong-Macao Greater Bay Area and at the centre of the Pearl River Delta and Guangdong Free Trade Zone.

High-tech is not only embedded in the venue building but expected to power business with high-tech enterprises such as Huawei, Tencent and DJI based in the city.

Shenzhen’s growth rate of 7.6% is higher than Beijing and Shanghai and Jochen Witt of JWC Consultants said that over 50% of all exhibition space sold in China is in the Pearl River Delta.

He expected the centre to break even after 4-5 years, once all the surrounding infrastructure was completed.

“We often compare Shenzhen to the US because it is home to many immigrants from across China and has a very young population with an average age of 32,” Mr Ma added, and explained this as a big contributor to the vibrancy of the city and its high-tech orientation.

With wages higher than elsewhere in the country and the city and region strong in many IT and future-looking sectors, Mr Ma is predicting a bright future for the project and the city.

Consultancy JWC, in the shape of CEO Jochen Witt and partner Gerd Weber, share their unique insights with EW on the task of helping to realise the optimum exhibition configuration at Shenzhen World.

EW sat down in Shenzhen to hear the inside line from Jochen Witt (pictured below left), a former German Messe director and former UFI President, who explained how his small consultancy was hired to play a key role in Shenzhen government’s big project to construct the world’s largest indoor exhibition facility.

Together with colleague Gerd Weber, Witt spent three years advising on the configuration of the new exhibition jewel in the Pearl River Delta crown and ensuring that the Chinese partners benefitted from the world’s best practice, while getting an authentic Chinese product fit for the Chinese and international markets.

JWC explains how the contract came about.

“Our first contact with the Shenzhen people was via workshops connected to a UFI Asia Chapter event in Hong Kong in 2015. The Shenzhen Government had invited industry experts from all over the world to do some workshops on venue planning,” Witt says. 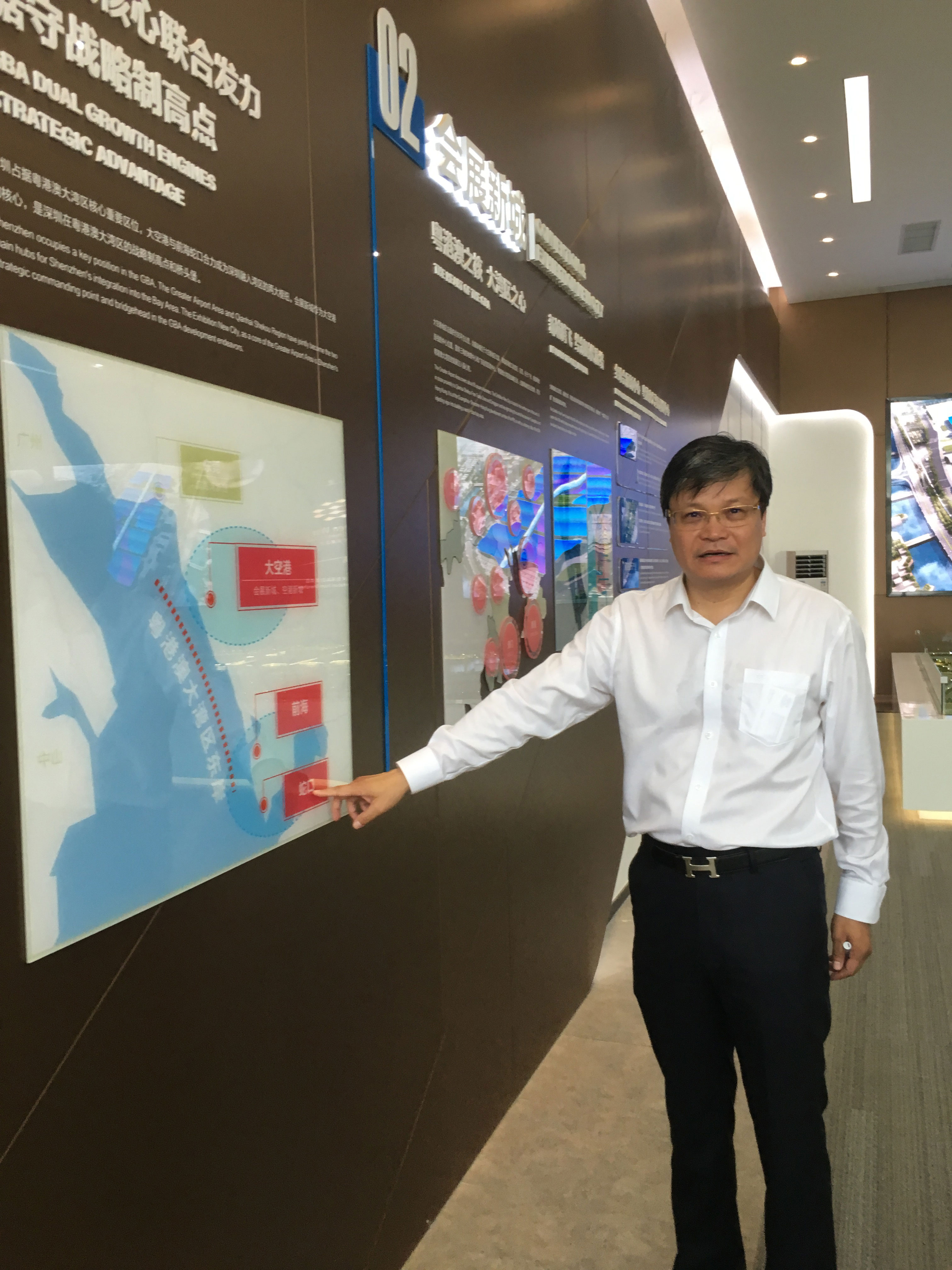 Following that first workshop delivered by Weber in March 2015, JWC sent a consultancy offer as a German company, but the feedback was that a small company with no Chinese office didn’t mean anything.

“We were told to get in personal contact and invited a Shenzhen delegation to come to Cologne and also visit other cities in Europe. In Cologne we showed them our philosophy of venue planning as well as the upgrade of the venue we had both been responsible for. At Kolnmesse, we replaced 80,000sqm of space into new space fully integrated into venue. The Vice-Mayor of Shenzhen was really positive about that and asked us to come to a meeting in Shenzhen.”

Was it initially to discuss modernising the existing Shenzhen exhibition facility?

“No. They wanted to build a new one. The old one was limited in space in the downtown area. The traffic was impossible and they had to move the big show,” Witt explains.

He adds that the local government had realised the existing centre was not up to date and capacity couldn’t serve growth of the tradeshows anymore.

“The Chinese have a way of predicting demand. They are very good at that. Their predicted demand of 400,000sqm to 500,000sqm is remarkable with hindsight. The only question was, how big should the first phase be?”

A driver for the maximum area was the Furniture Show which comes to Shenzhen in March 2020 and is now set to double in size to near on 300,000sqm in one step when it moves in to Shenzhen World.

Normally JWC doesn’t participate in tenders, says Witt. “But, in this case, we knew what the government wanted. It was a tremendous effort. Lots of documents were needed – three boxes full, all stamped. We knew we were up against big venue competitors, mainly from Europe and all had offices in China.

“We placed a lot of effort, therefore, into presentation and documentation.

“Our top argument was that we were fully neutral – not organisers or venue operators, and anybody working with us could expect the best advice experts can give,” says Witt. “We didn’t discount on price.”

The tender was decided in just two weeks. “They moved fast and committed,” recalls Witt.

By March 2016, the first working meeting began for the team and Valode & Pistre architects from Paris were also on board, having been selected at the same time. 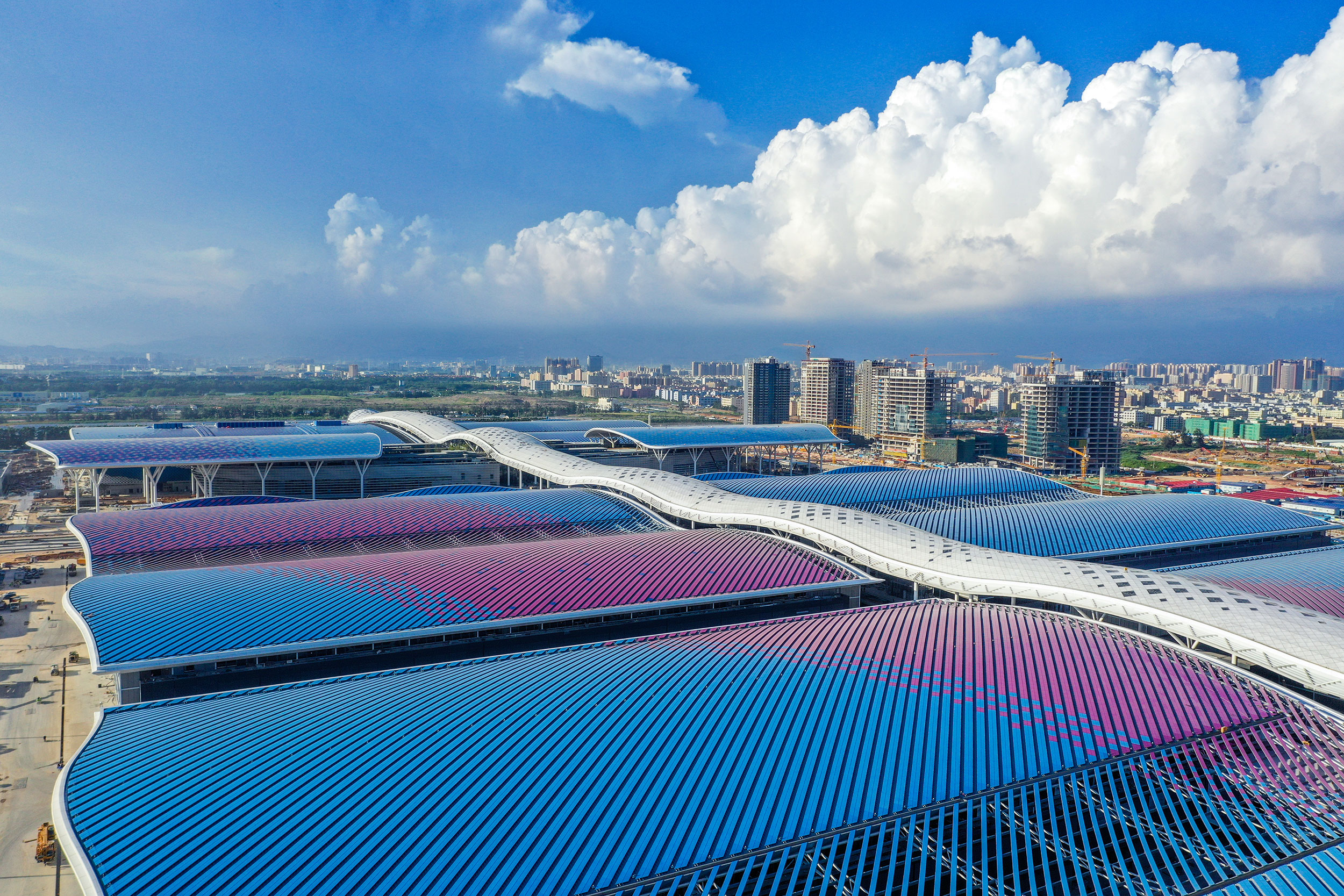 The first recommendations delivered were on the layout and room programme, with challenges including storage and restaurant space.

JWC was able to draw on a rich seam of experience and data, having built up a database and done benchmark work with venues in Germany, Europe and major places in Asia (40 altogether).

“Traffic patterns were also considered, toilets, entrants, truck access,” Weber adds. “Who should be next to what. We had very clear ratios.”

One challenge Weber recalls was convincing the architects to study other venues to learn from both best, and worst, practice.

“It was important, however, that we weren’t building a German venue, but a Chinese venue in China.

“For example lunch is at 12 noon sharp; that is important in China and is why you need catering capacity because everyone comes at the same time.”

The government really listened and acted on our advice and followed 95% of it. They understood that form follows function.

What of budget controls? How did JWC charge for its work?

“We give clients a fixed fee, we don’t work on a daily basis. If the extent of work is reasonably above what we planned and goes to a totally different level, then we would talk. But one or two more visits to Shenzhen or a few days more is OK,” says Witt. “We want to deliver top quality and part of that game is that you occasionally have to put in more resource than you had planned.”

What of the overall construction budget?

“It is always demanding. The roof construction was complex in this instance but there was never a risk that there would any halt in construction. At the end of the day the two companies are state owned.”

Building on reclaimed land and soft foundations and getting the load factor right was a real challenge.

“Our Chinese partners always honour all contracts, but do not enter a new agreement if something is not right,” Witt notes.

One main point of discussion was whether to go for a one or two level design. The JWC advice was not to complicate with two levels and go for a spacious one storey design.

Another example of debate was how much daylight to let into the hall, “A lot of glass can help promote the hall but it can be a mess. We know a number of halls in venues with daylight, which are a mess for many shows, since the windows have to be darkened for a lot of events - a costly exercise,” notes Witt.

There has been a big investment in rigging possibilities. Weber is a great believer in its power to facilitate sustainable booth construction like light textile hangings and give organisers many more options, including extra sources of income.

Another part of the plan was advising on what kind of shows are required and getting the mix right. “What you do in year one will influence what you do in year five,” Witt points out. Certain industries are also targeted.

“The machinery sector is very strong in China and very interested in a quality venue,” he says.

Shenzhen, Witt believes, can compete with Beijing and Shanghai, but needs to get the call right when deciding whether to take the small show or wait for that big one.

“There are A shows, B shows and C shows and you need a combination,” he says.

But Shenzhen World is not going into business as an organiser, just yet at least, and Witt believes that is the right strategy.

“If our assumption is right that the venue will be full after five years, then there is no room for own organising activities. If that is not the case, then we could reconsider.”

What of the 5% of the JWC advice not taken by the government?,

“We’re not telling!” Witt laughs.The JWC contract runs into 2020 and the team is discussing areas where further support may be needed.

And what does Witt have to say to international organisers considering Shenzhen?

“Shenzhen will be the No.1 economic city in China, possibly even in Asia in medium to long term. The earlier you will be here the better it is for you.

Weber adds: “It is a perfect location for a venue and has excellent infrastructure, including a good choice of airports. Shanghai, by comparison, is crowded and infrastructure limited.”

Witt concludes: “When you look at European venues, there are so many investing hundreds of millions of euros without really changing the structure. It is amazing how money is being wasted without thinking what kind of structure will be needed in 10 years. We need to be thinking about moving old centres and the freed up land can then finance the move.”

The new build experience can surely offer a lesson for finding a fresh lifespan for some of our old favourites.