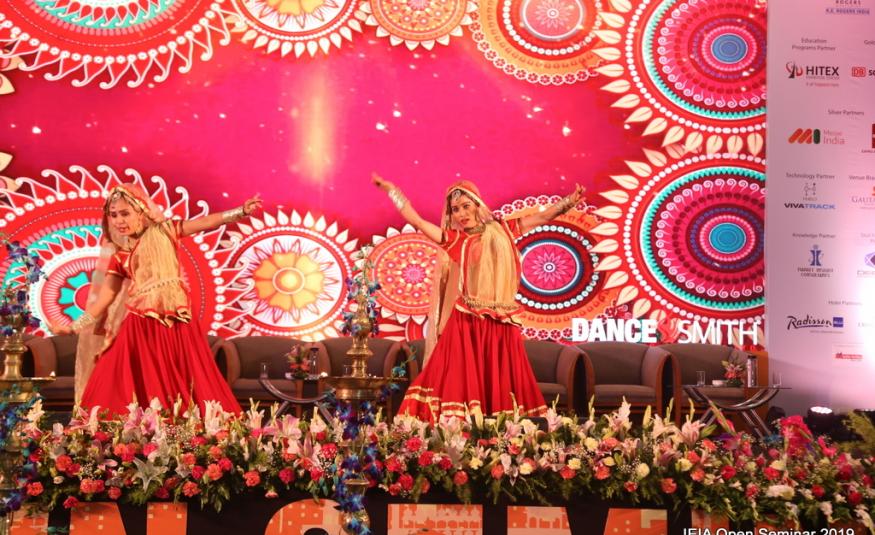 India’s economy is flourishing, but how well placed is its exhibition industry to capitalise? Simon George headed down to the IEIA’s 2019 Open Seminar in Delhi to find out.

As a macro play, the future looks bright for India’s exhibition industry.

India is the world’s fastest growing large economy (c.7.5% GDP) and likely to remain so both this year and in 2020, according to World Bank and IMF forecasts - exceeding even China.

Private consumption is increasing, exports are growing, foreign direct investment (FDI) flows are on the rise, the demographics are favourable (the country has a huge workforce whre the average age is 29) and, crucially, in re-elected Prime Minister Narendra Modi, the country has a business-friendly leader.

Five years ago Modi launched his Made in India programme to expand the country’s manufacturing base, reduce imports and boost exports, and introduced a number of business initiatives. Statistics suggest that it is paying off. Last year India leapt 23 places to 77th spot in the Ease of Doing Business rankings and climbed 20 places to 40th in the Global Competitiveness ranking. Economically, India is in a sweet-spot, the KPIs (GDP, FDI and CPI) suggest. 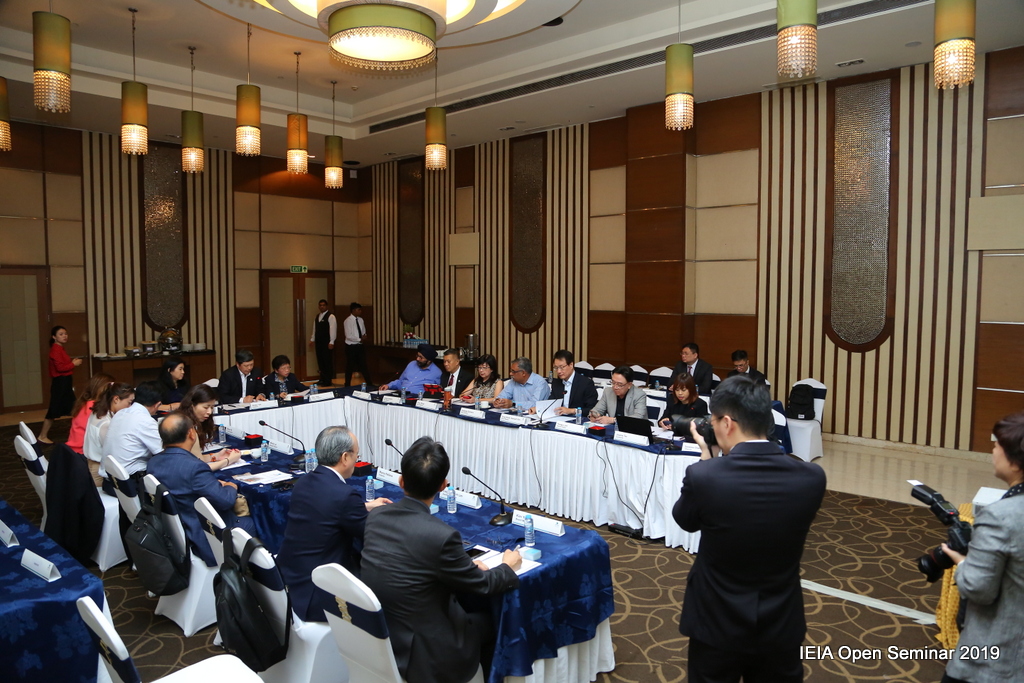 A growing exhibition industry is key for India’s economy. As L.C. Goyal, Chairman and MD of India Trade Promotion Organisation (ITPO), told the recent IEIA (Indian Exhibition Industry Association (IEIA) Open Seminar in Noida, Delhi NCR: “There is no industry that has more of a multiplier effect than the exhibition industry in the whole economy of the country.”

But do event industry fundamentals match the bullish macro picture? The IEIA Open seminar 2019, ‘Catalysing India’s economic growth’, attempted to provide some answers. Held at the India Expo Centre & Mart in Delhi NCR and now in its ninth year, the conference is growing. Next year it will be held in Bangalore.

Country associations, key government figures and key players from the IEIA and the industry came together for an in-depth discussion of industry trends, challenges and, of course, the opportunity to network, which included a B2B match-making programme.

The seminar had panel discussions on event safety, the importance of auditing and certifying tradeshows, business ethics, and women climbing the career ladder in the industry.

As the IEIA’s Vice-President Ravinder Singh told EW, the association is working to enhance quality audit standards as well increasing event safety and security awareness. It also aims to ramp up digitalisation and technology systems – key for the industry, according to UFI MD and CEO Kai Hattendorf – launch more education programmes and introduce a more stringent code of conduct for doing business. The seminar also had a sneak peek into the future and the exponential role that technology will play from futurist Doug Vining.

EW was also able to quiz IEIA’s senior management about the exhibition industry in India and the direction in which it is heading.

IEIA President KV Nagendra Prasad conveyed a real sense of excitement and purpose, of a vibrant industry that, while still nascent, is at an inflection point in terms of growth. According to Prasad, “The world is sitting up and taking notice of India … it is now India’s time to script its own growth story”.

Anbu Varathan, CEO of Bangalore International Exhibition Centre, supported his colleague’s assertion, identifying huge growth potential. The IEIA, which has launched its own Made in India programme, is targeting 8% growth per annum over the next few years. 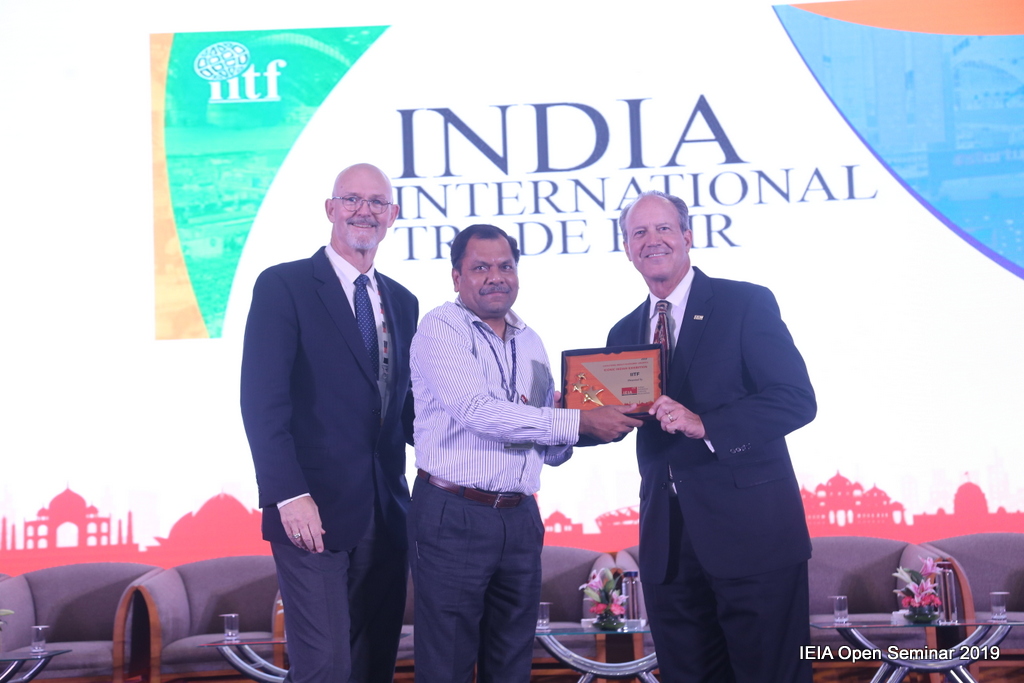 India’s profile is in the ascendant, it would seem. The annual IEIA seminar is gaining traction and the fact that Anbu Varathan will be President of UFI in November 2020 – the first time an Indian has held this position – brings kudos and can surely only raise the industry’s profile.

Yet, even though the industry has come a long way, it is still playing catch-up with many developing countries (i.e. The Philippines) in terms of infrastructure and logistics, Dr Anup Wadhadwan, India’s new Commerce Secretary, told the seminar’s opening session.

For all the talk about the industry’s exciting growth potential, the IEIA’s President was maintaining a sense of perspective. India is a mere eleventh the size of China in terms of exhibition capacity, he stressed, and the country’s lack of exhibition space at national level remains an issue.

That said, the situation is improving. For example, several years after the original plan was conceived (in 2011), the first phase of the India International Convention & Expo Centre at Dwarka (near Delhi airport) is expected to open in February 2020. So, too, a new exhibition venue in Mumbai is being built. Collectively this will expand India’s venue capacity significantly – Prasad predicting that industry capacity will double in size in the next 3-4 years from the current 480,000sqm. 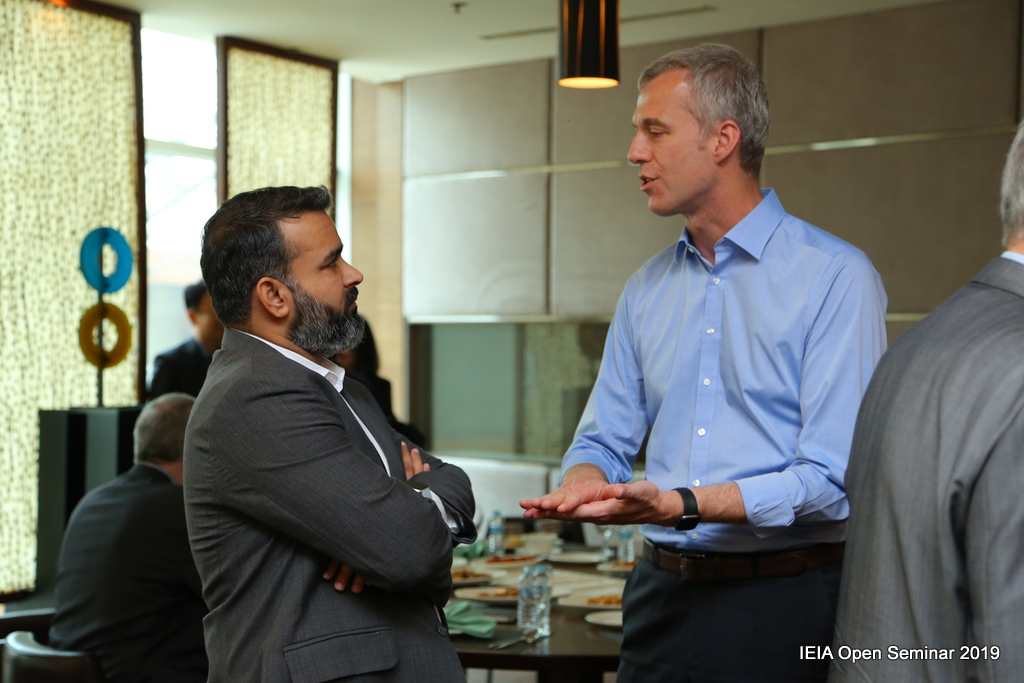 The IEIA President also stressed the government’s key role in helping to develop India’s exhibition industry, and fellow IEIA board member Ravinder Singh agreed. “More government support is needed in terms of providing venues for the country’s Tier 2 cities,” he said, although he did acknowledge the progress that has been on the capacity front in the past
two years.