World Routes returns to Vegas in 2021 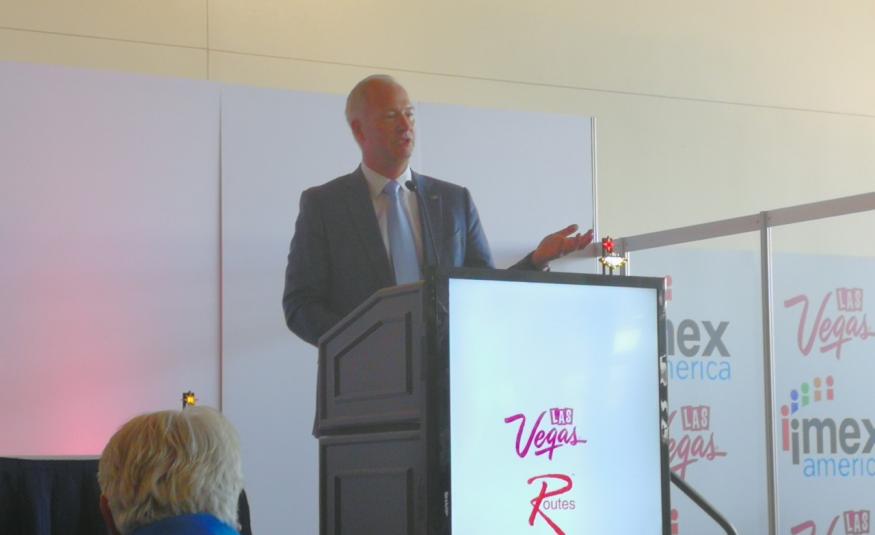 World Routes, an aviation exhibition which brings together key airline stakeholders and decision makers, will return to Las Vegas in 2021.

The Las Vegas Convention and Visitors Authority (LVCVA) and Routes made the announcement during a press conference at IMEX America.

The event previously was held in Vegas in 2017, and was a catalyst for new business in the city's McCarran International Airport. It will be held in the Sands Expo Center, the same venue as IMEX America.

The announcement was made by Steve Small of Routes, which is part of Informa Markets. He said the bidding process had been "very competitive".

Steve Hill, CEO of LVCVA (pictured), welcomed the news, and said LVCVA's close ties with McCasrran International Airport would help the city to collaborate and increase the amount of air traffic coming in to Las Vegas.