Inside the dream event pitches of MPI's University Challenge 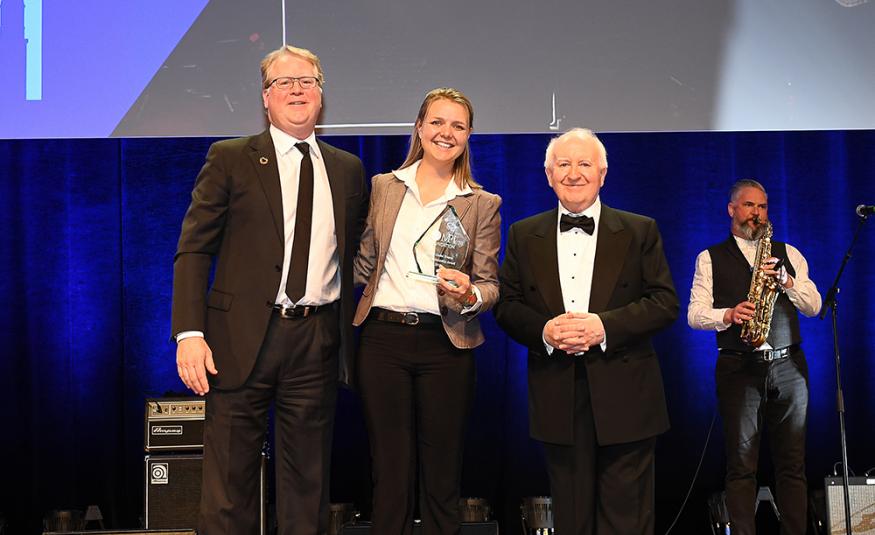 The MPI Future Leaders Forum held the finals of its 2019 university challenge scheme at IMEX Frankfurt, where six students pitched their dream event for a chance to win a scholarship and a trip to MPI's World Education Congress in June.

The winning pitch came from South Africa's Emile Coetzee, who picked up her award at IMEX' gala dinner and awards ceremony on 22 May. Coetzee is a student at North-West University in South Africa.

The theme for the six finalists pitches was 'food of the future', and each of the six students had to create a ten minute pitch for a new event based around this theme. Judges then asked questions, before deciding on a winner.

Coetzee's pitch was for an event taking place on a cruise ship from South Africa to Portugal, aiming to break down stigma surrounding insects as a future food source in a variety of ways. The ship was to feature edible insects decorating the walls, and a gameshow with 'dare' cards for attendees to try some experimental insect meals. Cockroach kebab, anyone?

The event was to be aimed at food bloggers, vloggers, journalists and critics, and would feature an app that helped them to identify plants and food sources. Attendees would be encouraged to blog about this information throughout the course of a number of planned activities and events.

Coetzee also outlined a legacy project which would ensure the event had a lasting, positive impact on the communities around it - the leftover food would all be donated to small towns and villages in the region, and delegates would be invited to workshops in these areas, where they could also take part in tree-planting groups.

Among the other finalists were Margaret Houts of the USA, who pitched an event named 'Foodtasia in Malaysia'. The event was described as an interactive conference that would allow attendees to construct their own menus in collaboration with chefs at the Kuala Lumpur Convention Centre, as well as taking on street food tours throughout the city in groups.

Houts' pitch put an emphasis on wellbeing and even featured a session of 'goat yoga' - you can let your imagination fill in the gaps on that one.

Pratumthip Dejkuntod of Thailand pitched an event with a focus on molecular gastronomy, which also looked at insects as a future food source. It aimed to use the science of molecular gastronomy to create cutting-edge meals containing insects, and had a heavy focus on post-event engagement.

Jasmine Bennett of Winchester University, UK, pitched 'The Sundkost Foodie Creative Conference' in Copenhagen, which would feature 'FED talks' rather than TED talks, and crowdsource ideas for its conference content. It also featured a social media campaign where attendees would take a photo with someone new they met at the show, and organisers would then pick two people from this pool to attend next year's event for free.

Taya from Poland pitched 'WOW event 2020' taking place in Paris, the highest destination in the world on the food sustainability index.

And Li Tang Si Yuan from China pitched the Food Industry Innovation Conference, which would invite delegates to Tokyo, with features such as a creative food market and a digital 'passport' which users would collect stamps for when sampling worldwide foods. The more stamps delegates received, the more would be donated to food banks by the event organisers.

The six presentations provided a snapshot of the creative skills on show from event students all around the world, but were also fascinating for showcasing the recurring themes and ideas which are being taught in their degrees.

Legacy projects and sustainability were high on the agenda for all presentations, a clear sign that event degrees are placing great importance in this area.

The event planners of the future, if the six finalists of the MPI-MCI-IMEX university challenge scheme are anything to go by, will help to drive the industry towards a more sustainable future with their creative ideas and enthusiasm.