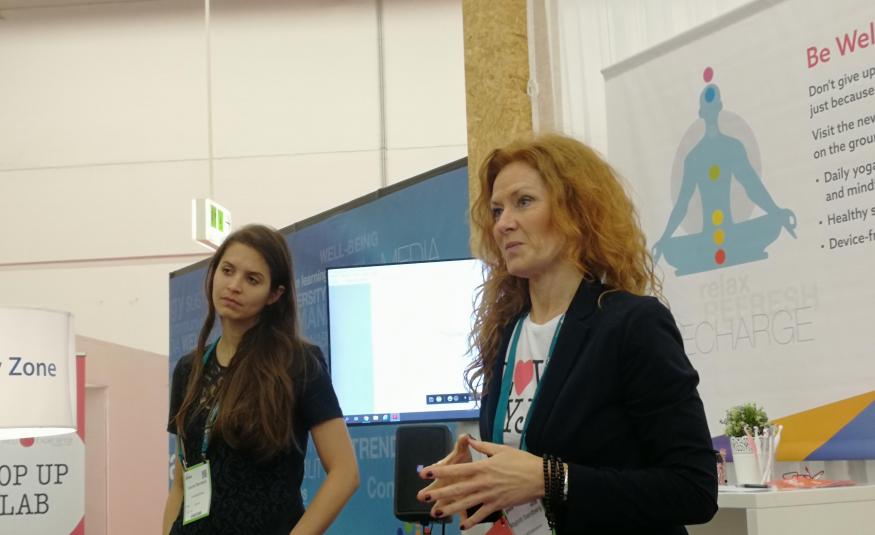 Day one of IMEX Frankfurt began with a talk on the topic of food waste, from Laure Berment of Too Good To Go (pictured left) and Majbritt Sandberg (pictured right) of Red Lab Experience.

Too Good To Go is an app tackling the issue of food waste, by connecting restaurants, shops, cafes and event venues which have surplus food, with customers willing to buy it at a reduced price in order to prevent it being thrown away.

Berment described it as a win-win-win situation for everyone involved: for businesses, it generates an extra stream of revenue from food which was destined for landfill; for customers it provides discount prices; and of course - it has an enormous net benefit for the environment.

More than one third of all food produced around the world is wasted every year, according to Berment, which amounts to $1.2 trillion, while 870 million people go hungry every day. On top of that, the production of this excess food takes an enormous toll on our planet.

How many times have you seen huge trays full of pastries, cakes or tiny quiches sitting there, uneaten, after a fifteen minute networking break?

Incredibly, only 52% of waste occurs in the consumption part of the food cycle, meaning almost half of all produced food has already been wasted before it hits your plate. Clearly, something needs to change in the catering and distribution processes, which generate enormous amounts of excess food in the events industry.

How many times have you seen huge trays full of pastries, cakes or tiny quiches sitting there, uneaten, after a fifteen minute networking break? Too often.

What can we do?

So what can the industry do to combat food waste? Event venues signing up to apps such as Too Good To Go is one solution. The app has already generated 10 million users in Europe, with 20,000 business partners. It is also approaching a landmark 15 million meals saved.

Beyong that, Berment and Sandberg suggested that two-way communication is the most important thing. Hotels need to tell their customers if they are eating a bread and butter pudding made from this morning's croissants, and importantly they need to explain why it benefits the environment for diners to choose such a meal.

On top of that, event organisers need to make it clear to venues that they want to tackle food waste from the beginning. Encourage them to repurpose meals, to tell delegates they can take some food home with them, or to offer more reasonable portion sizes.

And finally, all of us can make small changes to our own lives and work that could have a big impact: set up a food sharing corner in your office, and plan our meals ahead of time to reduce waste.

God forbid, you could even ask someone: can I take some of those tiny quiches home, and have them for lunch tomorrow?