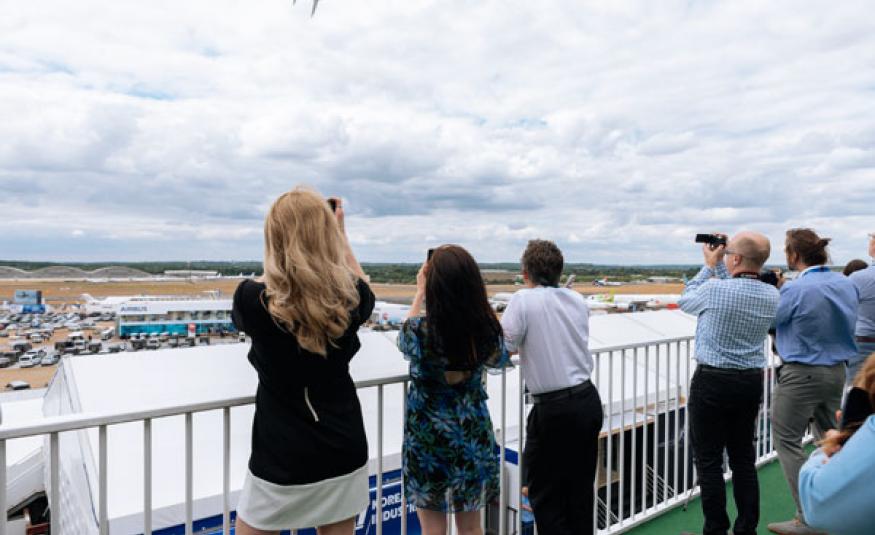 The Farnborough International Airshow has announced it is removing its public weekend, in favour of allowing the public to attend on the event's final Friday.

The move will see the seven-day global aerospace, defence and space trade event, which has traditionally included a public weekend, become a five day trade event.

Friday 24 July of this year's trade show will open its doors to the public, focusing on inspiring the next generation and showcasing the technologies driving new products and manufacturing processes.

This enhances the Airshow’s role as an inspirational event which encourages talented young people attracted to aerospace, defence and space to focus on developing skills needed to enter rewarding careers in these industries.

“Removing the public weekend will disappoint some, but for our exhibitors and trade visitors the focus is on business and accessing the talent they need to sustain global competitiveness.”

The Farnborough International Airshow is one of the world’s most important aerospace trade events. In 2018, the biennial show hosted more than 1,500 exhibitors and welcomed 80,000 visitors representing 112 countries. There will be an air display on each day of the airshow, showcasing the latest commercial and military aircraft.

Opening on Monday 20 July 2020 and running until Friday 24 July, the Farnborough International Airshow is a strategic opportunity for organisations to demonstrate innovation; engage with customers; announce deals and new contracts; and take part in conference programmes featuring world-class speakers.