Malaysia provides a taste of its unique cuisine at Worldchefs Congress 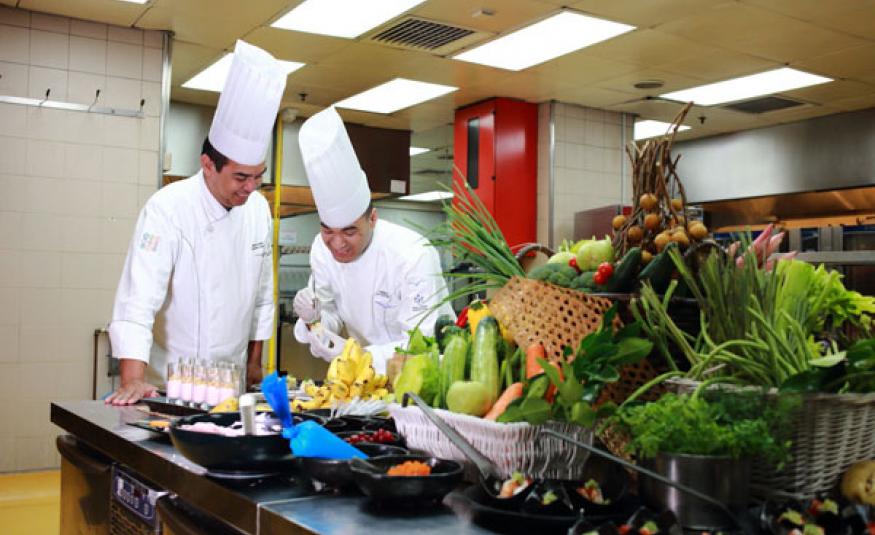 The Kuala Lumpur Convention Centre (KLCC) in Malaysia is hosting the Worldchefs Congress & Expo 2018 from today, 11 July, until 14 July.

They have announced their plans to showcase the best produce and ingredients Malaysia has to offer, as over 1,000 of the culinary world’s crème de la crème arrive in Kuala Lumpur for the event.

Led by executive chef Hisham Bin Jaafar (pictured left), the KLCC’s 52-strong culinary team have put together a menu which infuses local ingredients with those from around the world, and is designed to take delegates on a culinary journey that will leave an unforgettable impression.

One such dish is the complimentary Malaysian breakfast treat Nasi Lemak, a traditional Malaysian rice dish cooked in coconut milk with pandan leaves and served with chicken rending, quail egg and assorted condiments.

Chef Hisham commented: “We are honoured and excited to host the Worldchefs Congress, which is the global authority on food. The 2018 edition will be its first time in Malaysia and only the second occasion in the organisation’s history that the event will be held in South-East Asia.

“Food brings everyone together, especially in Malaysia where it is often the centrepiece of an event. Over the past few months, our award-winning chefs have left no stone unturned when researching and developing the four course menu for the gala dinner.”

Malaysia won the bid for the Worldchefs Congress in 2014, and hopes the event will further boost the country’s reputation as a culinary paradise.