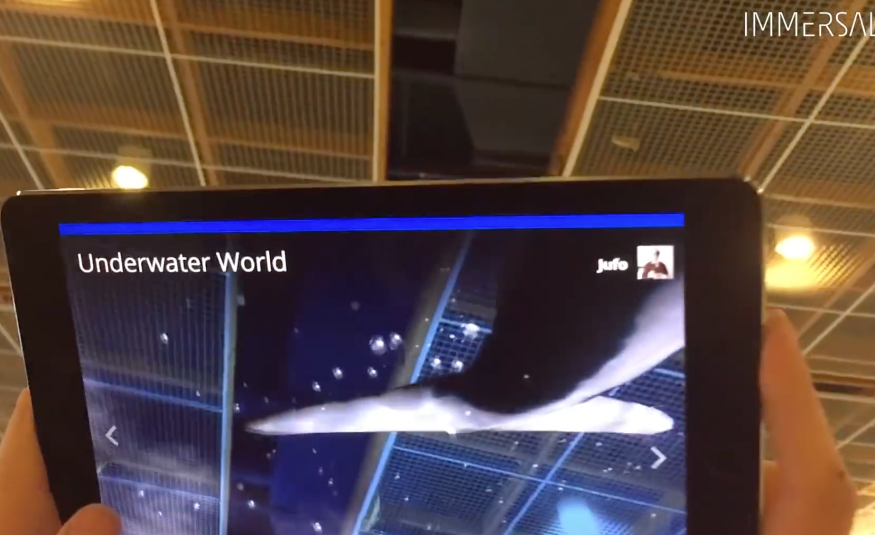 Starting from the MATKA Nordic Travel Fair this month, Augmented Reality (AR) will be a permanent part of the customer experience at Messukeskus Helsinki, Expo and Convention Centre.

The AR solution introduced by Messukeskus is also the first fully immersive AR solution in the world to be executed in such a large-scale environment.

The Pokémon Go frenzy, which took off last summer, gave the general public a hands-on experience of augmented reality.

AR will be used live for the first time at the Travel Fair in January, and from then on at all Messukeskus events.

The application will be launched in cooperation with Immersal software company.

Initially, the application will be available in Apple smart phones and tablets, and later on Android devices.

Messukeskus is one of the few AR pioneers in Finland, and will be the first international trade fair industry player to fully embrace augmented reality.

“This is the first commercial AR application in Finland. Our solution is also the first fully immersive AR solution in the world to be implemented in such large-scale. Visitors will be offered a wide range of experiences and services. AR can help visitors find the things that interest them the most, whether it’s an interesting stand, a favourite restaurant, a programme venue, or a friend attending the event. AR adds a Wow factor to the event with new content and entertainment,” said Maria Mroue, Messukeskus director of marketing and communications.

For exhibitors, AR offers enhanced visibility outside their own stand. Gaming and related insights can be used to attract visitors.

The AR-market is predicted to total US$120bn and to engulf most of the AR/VR market by 2020.

The MATKA Nordic Travel Fair, the biggest travel event in Northern Europe, will be held at Messukeskus, Helsinki, on 19-22 January 2017. The partner country in 2017 is Turkey. Open for travel trade professionals and the media on 19 January and for the general public on 20-22 January.