WTCA at 50+: Beacon for events and trade burns ever brightly 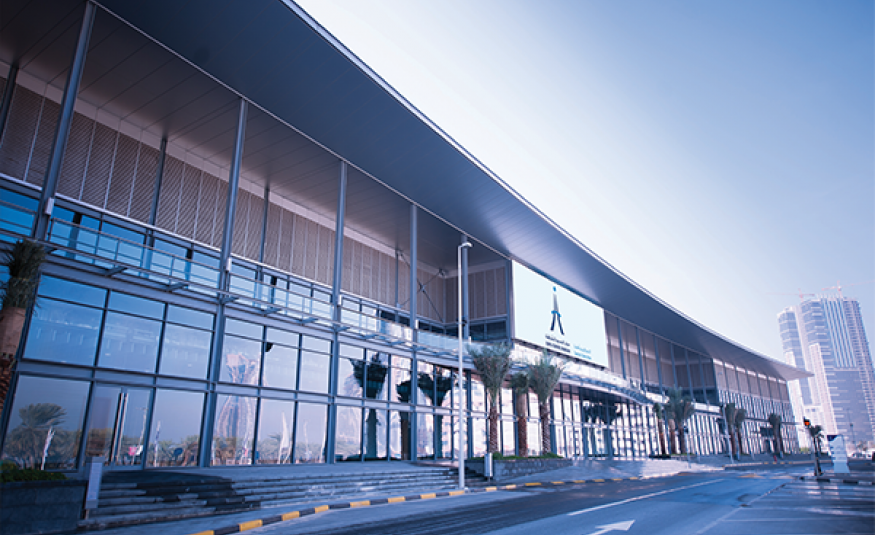 Paul Colston explores how a global brand for trade, events and investment built a 50-year-old international network and is charting a course for the next half century.

The World Trade Center (WTC) is one of the most prestigious venue and trade brands in the world. Located in 90 countries, WTCs serve local business communities and act as platforms and a global ecosystem for trade and networking.

The World Trade Centers Association (WTCA), founded in 1969, has grown to embrace 320 members. It also licenses the association brand.

The WTCA, at its April 2021 (digital) General Assembly (GA), charted a new course which included the launch of an Artificial Intelligence-powered B2B matchmaking platform, which, said WTCA executive director of business development, Robin van Puyenbroeck, will “enhance our network’s ability to connect and facilitate trade for our members and their business networks”.

The November 2020, WTCA Member Forum brought together 300 participants from 141 WTCs across the globe and highlights included the introduction of three new WTCA partnerships - with UFI, the global association of the exhibition industry; the Global Trade Helpdesk with the UN Conference on Trade and Development (UNCTAD) and International Trade Centre (ITC); and the UN Global Compact (UNGC).

You may have attended an event behind the famous signage of these venues and mixed with the commercial property developers, economic development agencies, and international businesses who form the main target groups for membership, as the WTCA acts to create and take advantage of the international synergies.

Although each WTC concept varies due to the development needs of a specific region, the two most common components of successful WTC operations are:

WTCAs are diverse, so let’s meet some.

In Ghana, WTC Accra has taken SMEs on 22 trade missions. These have helped Ghanaian businesses procure supplies, raise capital, expand to new markets, and obviate the daunting prospect of going through the process alone.

According to the World Bank, doing business in Ghana is now easier than in any other West African country.

“For SMEs like mine, it’s very difficult to expand beyond the borders of Ghana. WTC Accra creates opportunities,” says Jerry Afful, whose businesses include advertising, entertainment events, and real estate.

Afful travelled with WTC Accra on trade missions to Turkey and the US, succeeding on both trips to source materials needed. Prior to his first trade mission with the WTC, he had travelled to China independently, which was a comparatively cumbersome and costly process.

In Paraguay, a WTC was opened in 2015. “We saw the need and the market for the kind of opportunities and benefits a WTC would bring,” says Oliva Ibañez, brand manager for WTC Asunción. The WTC has four buildings; including two restaurants, and more than 200 offices hosting 2,184 professionals, and represents the single largest private investment in the country, totalling US$77m.

WTC Asunción has become the anchor around which a new business district has developed. In just three years it has grown to feature more than 20 high rises, 12 hotels, 5,000 offices, and nine conference centres.

In Gibraltar, the setting up of a WTC in 2017 helped address a shortage of office space. It is now a pivotal part of the territory’s investment strategy and the WTC was 97.5% occupied on opening.

“Some of our biggest customers are located in the same building. It means we don’t have to travel far. If someone calls with a problem, we can take the lift and be on their floor in five minutes,” says James Elliot, MD of tenant company NetEnt. “Just using the name World Trade Center on your business card opens many doors.”

In Turkey, Okay Başbuğ, foreign affairs deputy manager, WTC Istanbul, explains the WTC there is a 500,000sqm complex. “We rent 11 exhibitions halls, consisting of 100,000sqm, and operate a business centre consisting of three towers and a shopping mall. We also have two luxury hotels and a convention centre.

“We have also made a significant investment for the renovation of our exhibition halls over the past year, although the pandemic has greatly affected our business. However, we are more hopeful for this year’s calendar of events.”

In Canada, The WTC Winnipeg was founded in 2012, and president and CEO Mariette Mulaire says it marked an important opportunity for Manitoba companies to access new trade opportunities.

“A major achievement was organising the first-ever global business-to-business forum in Manitoba’s history.” The WTC has since hosted multiple editions.

“Patrons of the Centrallia conference could walk around like they would at a tradeshow,” Mulaire remembers. “They were able to see and experience what different regions could offer to clients in terms of trade, investment opportunities, and creating business connections.”

In Malaysia, Dato’ Sri Dr Irmohizam Ibrahim, executive director, WTC Kuala Lumpur, explains that WTCKL has hosted some of the biggest international conferences and exhibitions, including the PATA General Conference in 1986, CHOGM Head of State Meeting (1989) and the International Book Festival. “Locally, we held the MATTA Fair and the Malaysian Technology Expo. These partners are loyal customers of ours and have made WTCKL their venue of choice in holding many events.”

WTCKL is one of 90 WTCs in the Asia-Pacific region and Dr Ibrahim says it is more important now than ever, during the pandemic, that there is a continuity in staying connected and a diversification of the trading services that the centres provide.

WTCKL, like WTCs around the world, recently received a Global Helpdesk tool, an online platform that allows users to compare demand for products across markets, explore tariffs and other market access conditions, access details about buyers and navigate domestic export processes.

WTCKL has been upgrading its own technology, too, and is working on a hybrid studio for virtual conferences and shows. Dr Ibrahim notes: “In April 2021, we hosted the International Business Review ASEAN Awards here in one of our halls. Viewers were able to livestream the ceremony. Other events include the E-Sports PUBG Tournament that was held in 2019 where gamers came from across the Asia-Pacific.”

Head of trade analytics section at WTC Moscow, Aleksei Savrasov says that in the over 40 years since WTC Moscow was founded it has witnessed many significant political, economic and cultural events.

WTC Moscow has welcomed G8 meetings and leaders from the Asia-Pacific Economic Community, he notes, and adds that it is part of the Chambers of Commerce and Industry of the Russian Federation, the largest and oldest business association in the country. “WTC Moscow actively co-operates with entrepreneurs from many countries and in joint events, as well as organising its own events,” Savrasov says.

There are more than 30 conference halls and meeting rooms— both at the congress center and in the on-site hotel. “We welcomed two WTCA General Assemblies — one in the USSR in 1981 and one in the Russian Federation in 2012,” Savrasov adds.

Saif Mohamed Al Midfa, CEO, Expo Centre Sharjah (WTC Sharjah), says that WTC Sharjah is a pioneer in the exhibitions industry and boasts may well-established B2B and B2C events, including the Watch and Jewellery Middle East Show, held twice a year, and the popular Sharjah International Book Fair, the third largest event of its kind in the world.

Al Midfa says the WTC even hosted 20 physical events during 2020, resuming events by the middle of last year. “We even launched a new event (Jewels of Emirates Show) last November. And the experience of the past year has helped us schedule more than 40 events this year.”

“We gave businesses single-point access to a slew of opportunities that no other network could.”

WTC Sharjah has 42,000sqm of indoor and outdoor floor space and has played host to Xposure – Photography Conference a photo festival and an educational platform that combines a range of photography events and exhibitions, including a dedicated photographic and video production tradeshow.