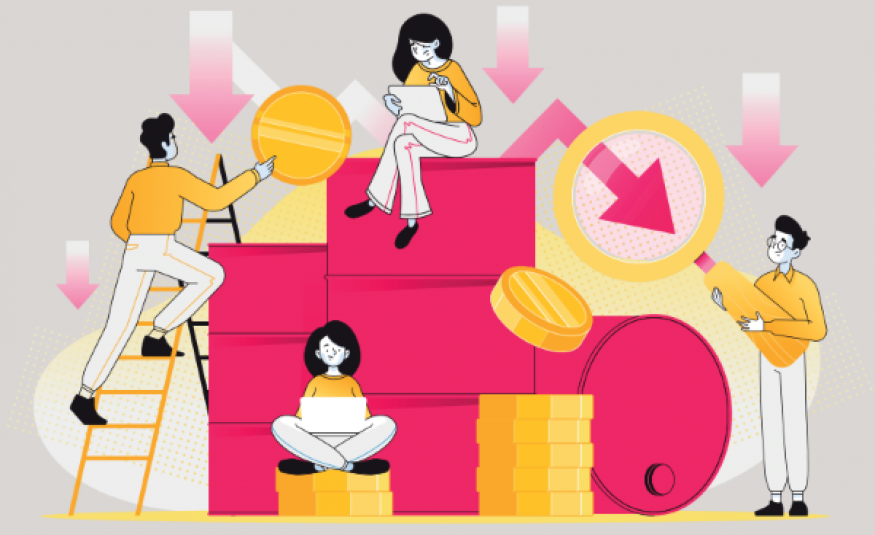 Stephen A Carter (Lord Carter), Informa plc Group Chief Executive, in a rare interview, speaks to SISO Chair and Tarsus CEO Doug Emslie about acquisitions, Covid and the exhibitions of the future.

Stephen A Carter had been booked in as the keynote for SISO’s annual CEO Summit, 31 March, a physical event subsequently cancelled due to Covid-19. The association Chair and fellow Scot, Doug Emslie, however, teased the good Lord into the virtual world for a SISO all-Scottish Q&A session, 7 May.

Stephen Carter has been leading Informa plc since taking over from Peter Rigby in 2013. It has been a busy seven years for a business still spread across three markets: events, education and data & information services.

Carter saw his task as a “strategic question”, which of those sectors Informa should develop out of at the time. He concluded that the advanced learning business would not allow Informa to consolidate quickly and had relatively low growth. Moreover, the company was the fourth or fifth player in that field.

“In information services we were playing at the edges, a bit-part player and to reach scale from shaky foundations is always difficult,” he added.

That left events, where Informa was big in the conference market (although the internet posed a threat there), although the tradeshow business was particularly good, despite the single largest player being Reed.

Carter noted that Reed’s holding company had not then been deploying significant capital to develop at scale, something, “that gave us an opportunity and has driven us for the last six years,” he said. Emslie asked Carter how he had approached the Informa restructuring. “The company’s basic culture was very human, agile and entrepreneurial and the operating model was changed to give the company the licence to scale in tradeshows,” he said. One criterion was to ask, he said, ‘Is there talent in the businesses we are buying that could become talent in our company?’

Acquisitions duly followed including event and publishing company Virgo, bought for cash in 2014. It was, said Carter, “a perfect fit and we soon added a beauty business in China to get a foothold there”.

US organiser Hanley Wood followed, giving Informa another major regional foothold, this time in America. Other brands were added before the substantial acquisition of US-based organiser Penton for over a billion dollars in 2016.

By this time there was no doubting Informa’s strategy of building a scaled position in the tradefair sector. Carter described it as “a liberating moment. We were very public”.

The strong following through on intent, he added, made the process easier when the next acquisitions came up.

Penton’s business, of course, was not just tradeshows, but rather a mixed media business, which fit the Informa profile well, while also allowing the company to double down on large-scale industrial tradeshows focusing on North America in the first instance.

Some of those other Penton assets, Carter noted, are serving the company well in today’s world where physical exhibitions are running at reduced capacity.

One investment tip shared by Carter is: “When you buy a business it is always worth finding out who else was interested in it.” In the Virgo acquisition, he said, it had been Penton.

Moving on to the single biggest acquisition done in the exhibition industry – that of UBM in 2018 in a mammoth £4bn deal - Emslie noted it had propelled Informa to the No.1 spot in the field and achieved new scale in Asia. “Had that been the primary driver of that deal?” he asked Carter.

“We had no driving ambition to be number one. We saw value in scale and were attracted to the business that had been built in Asia…because relative to what UBM had built – our Asian businesses were just 20% of their size.”

Carter added that Informa had let UBM buy organiser Allworld group in 2016 (US$485m) before moving for UBM, which he noted had itself tried to buy Informa.

Emslie noted the deal had led to a massive integration process. “You had externally a lot of difference in terms of culture. The Informa market-making culture and UBM’s Events First culture,” he told Carter.

Carter replied that his team had tried to get a balance right.

“We needed a high degree of respect for the business we acquired, but there had to be absolute clarity that we were the acquirer. It wasn’t a merger. You needed ultimately one party that could make decisions on how it could work.”

Some UBM old hands had defended the ‘retired’ UBM brand, particularly in Asia, but Carter made the decision to drop it within 12 months.

“It wasn’t a bad brand, but we need to be one company under one brand,” he said and thought, by and large, things worked out pretty well.

“The exhibition industry is respectful and we didn’t burn too many bridges.”

“Had we been the old Informa we wouldn’t have read the situation so early,” he acknowledged. “We locked down early and moved to Europe and America. It took colleagues there a lot longer to see that this wasn’t just SARS 2, the sequel. We were clear it was a gamechanger.”

Carter reheated an old investors’ saying to make the point on Informa’s strategy to go for liquidity: “Revenue is vanity, cash is sanity and profit is reality!”

He pointed out that the company’s record in driving revenue growth for 27 straight quarters had helped relationships with investors.

“They don’t lend you money at scale if you can’t deliver results,” he said, noting that revenue had “disappeared in a click when Covid-19 appeared and it quickly became about cash.

He moved at speed to shrink costs, and to enhance liquidity. “We secured $1.24bn of cash liquidity from banks,” he added, recalling that the shareholders then took a 20% dilution for the fresh equity.

The company had effectively, he said, secured enough liquidity to be able to look through all of 2020 as a zero year for events if worse came to the worst. Investors bought into the model and the company’s judgement of the long-term value of its business, something Carter said speaks to the quality of this exhibition industry.

“Investors see the efficiency of the tradeshow product and the power of its network effect. They see this as an extraordinary set of circumstances. A disjunction… however, we have taken the risk of 2020 off the table.”

Carter believes the worst case scenario won’t happen and has events scheduled, including the first one of scale in Vietnam in August.

Carter is clear also that the product will not be the same on the other side as it was before Covid-19.

The long term issue for Carter is how to make a controlled physical gathering and wrap it to ensure that digital, data and service delivery are also part of the product.

The Informa CEO has some advice for the industry and its associations: “When industries speak with five voices it’s confusing, a single view and voice makes an enormous difference.”

His second piece of general advice is backed up by his experience of working in the halls of power: “Governments generally don’t like solutions that are industry-specific, they like economic benefits. Politicians would be keener to make decisions on economic stimulation rather than ‘saving tradeshows’,” he said, urging the industry to shout about its multiplier effect in a form that speaks to the economic restart. Carter said this was particularly important at a time when the government radar is moving from ‘lives’ to ‘livelihoods’.

Carter was also supportive of efforts to lift the exhibition ‘product’ out of the category of random mass events and put them in a different category. Any return, he said, would be phased and the exhibition industry needs to be nearer phase 1 and 2 than the back end.

Through to the end of 2020, Carter expects smaller events to come into their own, but in 2022 he expects to see a different set of economics.

Carter noted he faced criticism for holding a diversified portfolio, but feels vindicated. “Diversification has obvious benefits,” he said.

“Where we have digital, training, subscription, product, etc, our footprint is greater than the markets where we simply run the biggest tradeshow. I’d rather have a deep relationship for 300 days rather than one for 10 days!” he added.

In reply to Emslie’s question of whether Carter saw a shift to specialisation, he noted: “Most markets are super technical. It is very hard to turn up as a gifted amateur in a sector to be credible. The answer is in the data.”