The Apostle from Tarsus 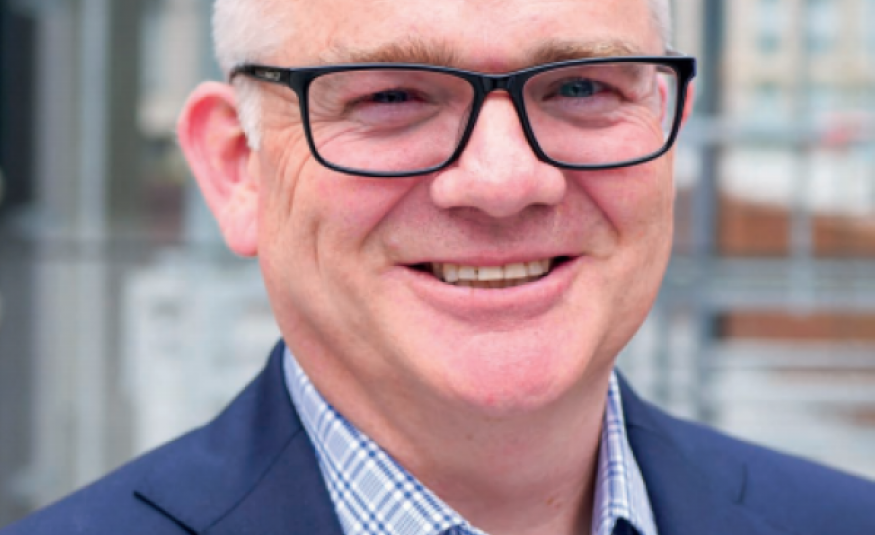 Had there been no coronavirus outbreak, Doug Emslie would have been out running the Boston and Tokyo Marathons, with one in South Africa in June for good measure.

Instead, he has been overseeing a sprint to ensure his global exhibition company copes in the fast unfolding situation.

So, what were the immediate measures taken at Tarsus to protect the business as the Covid-19 outbreak first flared?

“The process began on Sunday 12 January when I got my first call about one of our big shows in China. That was the first indication that there was a problem. We learned we would be subject to postponement and things moved quickly.

“We have since postponed 49 events and cancelled one.”

Like any good event organiser Emslie breaks down the task at hand: In terms of show schedules and the operational side there was the small matter of moving a large amount of shows. “We have a big biennial swing and it is also the quieter six months of the quieter year,” he notes.

Emslie thinks the industry is going to be at 140% capacity in that last four months of 2020, which would surely put an inevitable squeeze on the calendar?

“There is a big issue in terms of venue slots,” he admits. “There will be problems with contractors in terms of labour and equipment. It is a big challenge. We are in constant dialogue with venues and contractors.”

Emslie says he is hopeful that China will see more events in June (following the Hunan Auto Show, which opened 30 April – ed).

The easing did not come in time for the Canton Fair, which went online, however. “That is mainly all about local manufacturers selling to international buyers, so it was no surprise they stopped that event ‘live’ as buyers couldn’t get into the country,” Emslie points out.

But China is opening up again and all Tarsus offices were operational there apart from Wuhan before the end of April.

Emslie says his big China team was kept busy, initially from home, rescheduling events, while many in the smaller teams – particularly in sales and marketing roles - in the UK and US - were furloughed.

“In April and May Tarsus was very much in the phase of managing the business’s cash flow. There has been very little coming in, although we’re beginning to see cash move in China now,” says Emslie.

“We are managing our cash carefully and keeping all our employees.

“In the US there was somewhat of a wait for clarity on the various government schemes of support,” he notes, emphasising that Tarsus has played a big part in lobbying for the industry to US government.

“When things do come back we need to invest in promoting the industry again,” he says.

After operational issues and day-to day management of cash and people, the third pillar of the Tarsus response surrounds the question of the opportunities Covid-19 will present.

In terms of M&A, the problem, Emslie believes, will be expectation management between buyer and seller.

“Buyer questions would include: When is a show going to run again? What is 2021 and 2022 going to look like? They are unknowns.

“While the seller would say: ‘We made this money and the multiple is this’. But, of course, now the profits won’t be the same.”

“There will be added costs in running shows,” Emslie is sure. “Just think about the extra costs in health and safety and to make the environment safe for our customers. There will be extra operational costs. You can’t have long queues at registration or lots of people in the exhibition halls.”

That raises the question of quality versus quantity.

“We’ve got to put very good buyers in front of customers,” says Emslie. “It is no longer good enough having loads of people wandering about. There will be more one-to-one meetings. People will want quality rather than big crowds.”

It is clearly an ‘interesting’ time for Emslie to be taking over as Chair of the Society of Independent Show Organisers (SISO), although he did become Chairman at the UK’s Association of Event Organisers (AEO) after the last financial crisis.

“I’m just a bad omen,” he jokes, but has set out two serious objectives for the association. “One is to continue to do more internationally. SISO has been regarded as an American association, yet 30% of membership is international and having an international component enables you to learn.”

He adds that it is important to consider what any recovery will look like and what we are doing to give people the confidence to return. “Our associations have a huge job,” he believes and advocates working with others, such as through ‘US Travel’ Stateside at least. “If we dissipate our energy we don’t achieve anything.”

He also calls for money to be put in to our industry for promotion and, in terms of destinations to learn from, Emslie picks out Hong Kong’s policy of free tenancies for organisers for the next year. “They are leading in understanding the impact our business has on the economy.”

His second objective for SISO is to encourage smaller organisers, a sub sector where he sees some unfortunate casualties likely due to the unprecedented cashflow situation.

Emslie notes, however, “entrepreneurs are very good at coming up with workarounds and much depends how quickly money can be put into the system.” He doesn’t subscribe to the theory that there will be lots of M&A fire sales, with organisers likely staying largely focused on the day to day.

“Companies will probably not invest until the worst is behind us,” he says.

Does he think venues have been understanding of organisers in this situation?

“Ninety percent have been helpful as partners, with the odd exception. In the US one group has been difficult,” Emslie notes, but says that here SISO was able to play a strong role when it emerged there were 12 complaints in one week about that group.

“You can’t ask government for money if you’re playing hardball with customers. So, we were able to influence that venue group to relax its rules.”

Incidentally the one Tarsus show cancellation was a CES partnership in China and Emslie notes the tech sector in general was the first to pull out of shows. “I suspect it will be last to come back,” he adds.

In terms of virtual elements affecting any new normal, Emslie believes the more content and conference oriented material there is, the more opportunities there are online. The classic tradeshow, he believes, has not really changed in 20 years and Emslie adds there is “no market demand, at least from our customers, for online tradeshows”.

“We will see advances and new things to do but I don’t see a fundamental impact on our industry.”

The rabbit hole he says he would jump down would be advancing to a kind of hosted buyer model. He also sees a two-speed recovery likely.

“If a show is domestic, it will recover more quickly. Those that are very international will have a slower recovery, not least with the complexities of travel. I expect a phased regional approach beginning in China, with a bubble then perhaps spreading to Japan, Korea and the rest of Asia, with Europe and America later.

“I think it will be a bit like 9/11, in that getting on an aeroplane changed forever. As a result of the virus, going to a space where there are lots of people and how that’s managed will likely also change forever.”

“This will definitely change the nature of partnerships in our industry,” Emslie adds. “I see more collaborations with associations, with the Messes and with government – the dominant forces in the market. One of the positives is the change in how people work together.”