Features May 30 / Submitted by EW

Superheroes beam into new base 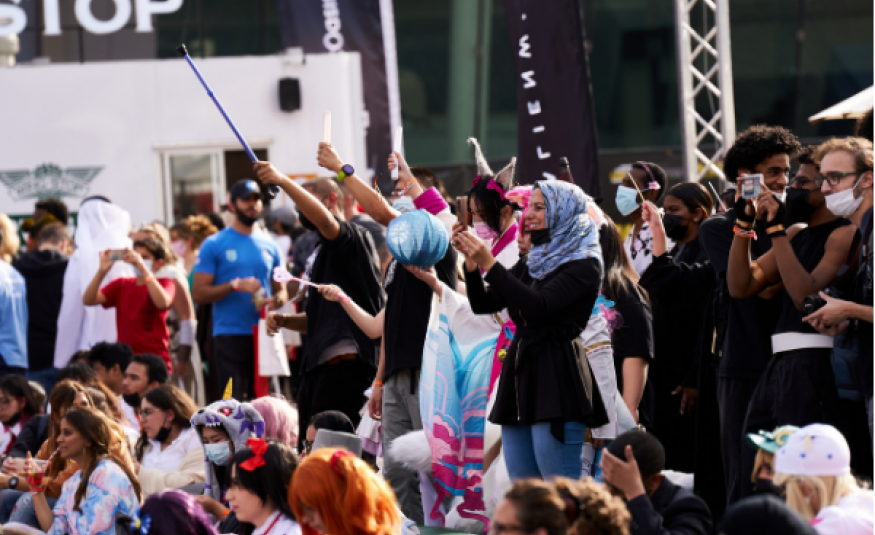 Middle East Film and Comic Con has moved into its new home at Abu Dhabi National Exhibition Centre, and the numbers truly were super

The Informa Connect-organised event featured celebrity meet-and-greets as well as panels from film and TV stars, workshops, entertainment and cosplay, dance and gaming competitions with top prizes of up to AED30,000 (US$8,000) up for grabs; some of the largest prize pots in the United Arab Emirates.

Celebrities in attendance included Nathalie Emanuel from Game of Thrones as well as fan favourites Ming Na-Wen, Charlie Cox, and Michael Rooker from the Marvel Universe and beyond. Voiceover actors and big-name artists from publishers such as Marvel and DC were also in attendance sharing their experiences and tips with eager fans.

The event was housed in two halls at ADNEC and comprised of exhibition space, meet-and-greet areas, main stage and activation areas. ‘Artists Alley’ provided a showcase for local and regional artists and creators to show off their works.

MEFCCs ‘Party Plaza’ took over one of ADNEC’s outdoor spaces, Central Plaza which buzzed with the energy from DJ and dance performances on the outdoor stage and also featured a skate park and food truck zone.

MEFCC 2022 was a successful event which attracted a higher than expected 24,000 unique visitors, more than 250 exhibitors and in excess of 200 media representatives as well as over 50 regional influencers. Visitors attended from Abu Dhabi and the Northern Emirates as well as the surrounding GCC countries, 41% of whom visited from Saudi Arabia.

Alan Kelly, commercial & strategy director, Informa, said: “It was great to partner with the ADNEC team on the show’s first outing in Abu Dhabi, the venue has all the facilities we needed for such an enormously popular event. The team is very professional, very flexible, and supportive on finding solutions when it was necessary. We look forward to bringing a much bigger MEFCC back next year.”

ADNEC chief commercial officer, Khalifa Al Qubaisi, commented: “I am delighted that MEFCC had a successful launch at its new home at ADNEC. The event was hugely popular and highlights not only ADNECs diverse portfolio of events but also the venues capacity to successfully host niche consumer shows with wide public appeal. The team enjoyed working on the event and we look forward to hosting the event again next year.”