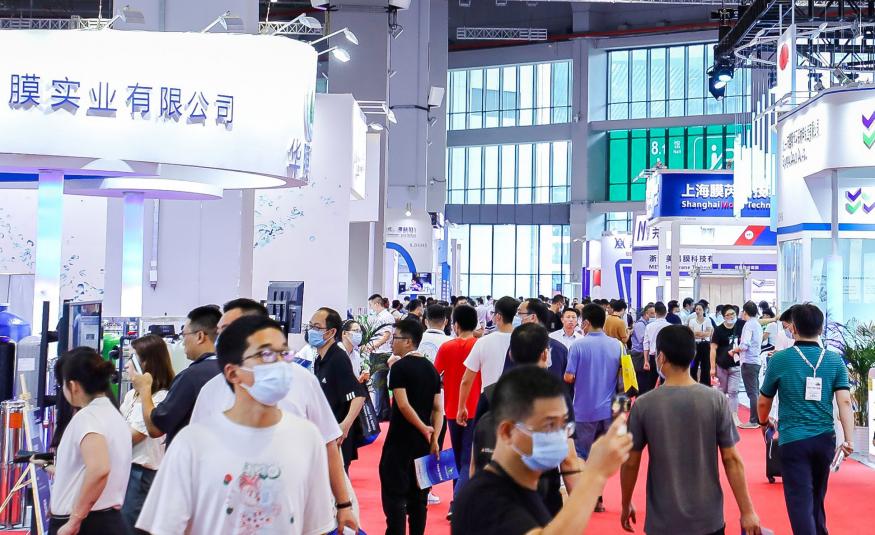 RAI Amsterdam and its local partners share with EW how they ensured the safe running of their Aquatech China 2020 show in Shanghai.

RAI Amsterdam has successfully organised its first exhibition in China, Aquatech China 2020, since the start of the coronavirus outbreak.

The international exhibition for process, drinking and waste water in Asia was hosted at the National Exhibition and Convention Center in Shanghai (31 August – 2 September).

Aquatech China 2020, had been originally planned to run 3-5 June, before being pushed back three months. Now the events industry in China is opening up again.

There were 2,300 exhibitors and 80,297 visitors attending the show which was held across 125,000sqm of exhibition space, according to RAI Amsterdam COO Maurits van der Sluis, who added that a lot of attention was paid to organise the exhibition according to governmental regulations in order to ensure a safe, responsible and hospitable exhibition. Measures involved focal points such as hygiene guidelines, facemasks and temperature checking. During registration visitors had to provide their official ID-number and there was facial recognition at the entrance. At all times visitor flows were regulated.

CEO of CHC Expo, RAI Amsterdam’s local show organising partner, William Wang, explained that his team had received many requests from exhibitors following the initial postponement to cancel their booths and even to postpone the exhibition to 2021. “We wanted our exhibitors to regain confidence, so we carried out one on one communication to ensure that the show could take place as scheduled. We offered exhibitors additional promotional opportunities through our webinars. At the same time, many of our partners, such as industry associations, media outlets, and some well-known brands who have been our loyal customers over the years, offered great support to Aquatech China in various media channels, which played a huge role in supporting the show.”

Annette Bos, director water at RAI Amsterdam added: “Tradeshows play a very important role in China. Both in business and culture, personal contact is highly valued. That is why we are proud that our partner CHC in Shanghai was able to organise this with the support of the majority of the water tech world.”

Although the Chinese government issued new regulations on pandemic prevention in May, the specific implementation rules and requirements for holding exhibitions were not issued in Shanghai until June, which effectively left the Aquatech China team just two months to publicly promote the show.

The task was further complicated by the fact that international business travel came to a halt, resulting in a significant decline of international visitors at the exhibition. “In order to meet the needs of exhibitors,” said Mr Wang, “we analysed the visitor groups and selected the type of visitor that would be most valued by exhibitors as the key target of the multichannel promotion. We also added more on-site meetings and activities through partners to enrich the visitor experience.”

Mr Wang added that, following the process of consultation with the government and venue, organisers drafted the exhibition's safety measures, which included the strict rules for on-site visitors. “These anti-pandemic measures reassured our professional visitors, and provided them a safer experience,” he said.

Annette Bos noted that of the four companies that managed to organise their stands from outside China, three have already rebooked their stands for next year’s show.

Aquatech China will next be held in June 2021, followed by Aquatech Mexico in September. The biennial Aquatech Amsterdam is due to take place 2-5 November 2021 and organisers report over 85% of the show floor has already been sold.