Phil Soar: Why exhibitions are not media 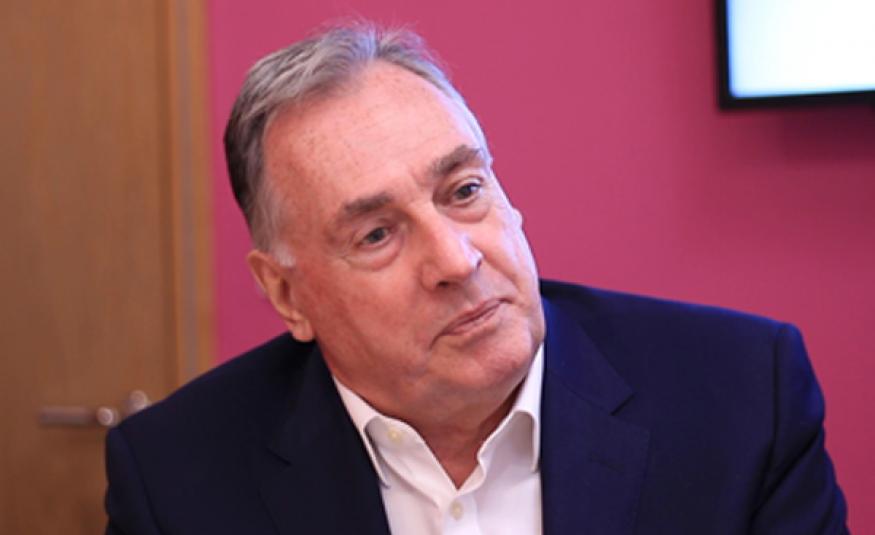 Phil Soar (pictured) asks: Why did we, in the UK at least, ever believe trade shows were part of the media world?

For many decades it was taken as read that trade shows and exhibitions were part of the media world of magazines, newspapers, radio and television. It was just received wisdom, like “the best team always wins” or “politicians are only in it for themselves.”

I remember parroting the sorry cliché “exhibitions are three-dimensional magazines” without thinking about what I was saying.

For at least three decades this was never challenged and certainly never debated. One wonders if we were asleep. I also wonder whether sleepwalking into this nonsense might have done us little good and even active harm over the years.

The Shorter Oxford Dictionary defines media as: “the main means of mass communication (broadcasting, publishing, and the internet) regarded collectively.”

It also defines media as the plural of medium – so that doesn’t help us much.

Why does this matter to anyone?

So why might this matter? Well, sadly, it does. For many years the AEO has wrestled with various independent but paid for ‘media surveys’ which insist on including exhibitions in their data and comparing us with newspapers, magazines, web services and even television. And this was rarely to our advantage.

As we saw so tellingly during the pandemic in the UK, events and exhibitions were lumped into the Department of Culture, Media and Sport – which shows how government sees our significance (viz: not at all). To repeat the tired old joke: “Minister – are we part of culture, part of media, or part of sport? Or maybe we are just part of …and….”.

What we are not, according to [prime minister] Boris Johnson and his brilliant chums, are in any way connected to Business or Trade (which goes under BEIS).

It does matter because many businesses still use this sort of research to consider where they will spend their advertising dollars. Here we hit another problem – for many years (and still today as far as I can tell) advertising agencies would never advise their clients to use trade shows – largely because they didn’t get their usual 17.5% commission.

But, whatever Boris Johnson might think, we are not media. We are something very different.

Reasons why trade shows are not a media:

Firstly, because our customers come to us and not the other way round.

Television and radio are delivered into the home or the car – in other words, the personal space.

Anything web or internet based is delivered to the customer on her laptop, iPad or iPhone – devices immediately in her control.

But the great beauty of trade shows is that the buyers and the sellers come to us – often travelling hundreds or thousands of miles to do so. This means that our wastage levels are very small compared to newspapers or TV. How many readers or viewers are actually interested in that advertisement for shampoo or a new SUV. Only a very, very small percentage. But at a trade show we can reasonably assume that everyone there has chosen to make an effort to be there.

There are other media forms which are slightly different. Customers go to cinemas and watch a small number of ads – but the ads are on the screen because their makers know there are going to be a predictable number of eyeballs seated and ready to watch that film.

Outdoor posters are obviously examples of the car or bus passing them by. But none of the vehicles have actively chosen to drive on the A4 because there is a Volvo ad at the Warwick Road junction. Again, the number of (usually completely static in that location) eyeballs is predictable. Here, however, good agencies can be clever with these moving eyeballs. David Abbott partly made his name with a campaign for UK's The Economist magazine when he cleverly placed posters at very specific locations (like the A4 road in from Heathrow) because it was reaching a tight, clear target base.

Everyone else charges on eyeballs or ears or clicks

This, secondly, is the key reason why we are not a media form.

Ever since advertisers starting using newspapers to sell their wares, the basic methodology has been “cost per thousand”. In other words, what you pay to reach 1,000 readers, or viewers, or listeners, or clicks.

For those not versed in the history, this began in the 1900s, in the UK, when newspapers like The Mirror and The Daily Mail were claiming absurdly high numbers of readers. This discouraged many advertisers and the Newspaper Publishers’ Association was formed which gradually introduced reasonably reliable auditing of sales. From that point onwards newspapers sold on the basis of cost per ‘000 readers. The more readers, the more an advertiser proportionately paid.

There followed other such groups and independent firms of analysts for every form of traditional media – BRAD, PPA, JICTAR, ABC – a full alphabet soup. Advertising agencies came to rely almost entirely on these analysts and their readership/viewership/listenership numbers for each magazine, radio station, TV programme etc.

When I was buying media back in the 1980s I remember virtually sleeping with BRAD as my bible for every spending decision. Things became much more subtle – Saga Holidays wanted to reach The Telegraph newspaper's demographic, Ladbrokes The Sun – but the principle of reaching a particular kind of audience at a cost per ‘000 was and still is the basis of media expenditure.

And we have seen the same internet development in the last two decades – the basis of web-based selling remains cost per click.

So trade show organisers decided to follow the herd

From the mid 1980s the larger trade show groups started to use ABC to audit their events (by 2008 there were more than 150 UK events being audited annually). How big they were, how many visitors etc. The industry (primarily the venues) began publishing ‘The Facts’ in 1985 which sought to present exhibitions in rather the way that television, magazines etc presented their products.

I suspect this was driven by the simple fact that so many exhibitions at the time were owned by newspaper/magazine groups – EMAP, Reed, DMG etc. There was a tendency to think of trade shows as their 'three dimensional magazines'.

But no one seemed to question whether this made any great sense – or on what basis exhibitors made their decisions. Or whether any of this information made any difference to the appeal of a large trade show. It was a received wisdom – this is what we did and what them upstairs seemed to think made sense.

Auditing and publishing numbers collapsed after 2008

The 2008 financial crisis did for auditing. The cost was quite high (some £1,500 for a full audit of a single show) and three of the larger groups said they would have to withdraw from the AEO if auditing remained obligatory for members.

But one has to ask – what difference did it make?

The basic truth is that – unlike all those media – we never sell on cost per ’000. By and large, very few organisers now even publish their visitor (as opposed to attendee) numbers anyway.

In choosing the most obvious example, Spring Fair and Top Drawer have a similar target market (though geographically somewhat different) but have very dissimilar audience numbers. But the cost of exhibiting is broadly the same and their exhibitors are loyal and seem to have no concerns whatsoever about the number of people who might be in the NEC or Olympia.

That is the single most basic fact which distinguishes us from those ‘things’ which are called ‘media’ – they sell on cost per ‘000; we never do.

Barriers to entry are very high compared with media

This is another crucial difference – in most exhibition markets the barriers to entry are often very high (because of the tenancy slot system) compared with media. You might have a great idea for a new Giftware Show, but, because there are so few large exhibition halls, you will find it very hard to get one to accept you. You might launch in a small venue, but as soon as you are wall bound you can become stuck. The cost of entry is not necessarily high, but this is of little value if the barriers are tall enough.

This is not generally true of media. If you choose to spend the money, you can launch a physical magazine or newspaper almost anywhere – WHS or Relay will distribute it for you. You can launch a web-based price comparison site or podcast or You Tube entertainment channel for almost no cost – and with no barriers to entry at all. Nowadays you can launch a radio station or a TV station very easily (as long as you can afford the content) – local radio is everywhere in the world and the cost of a satellite slot for a TV station is very low (there are far too many satellites) – try the Xfinity network in the US until you run out of patience after finding 3,000 channels  to select from (admittedly a large number having a religious flavour). You can become an Instagram influencer (like our dachshund) for literally nothing.

In other words, exhibitions are different – the barriers to real success are very high, even if the cost might be relatively low.

In all the media we can examine, barriers to entry are very low, even if the costs can be quite high.

Trade shows are visible, media are usually not

This is a subtle and quite concealed difference, which Alison Jackson has pointed out.

What happens at a trade show is totally visible to everyone – you can see the hall, see how many people are in the hall, and see what they are doing. You can talk to as many exhibitors and visitors as you like. You can form your own opinion as to the value of the event, then and there.

But with other media this is rarely true. Printed publications have good auditors – but how many of the 200,000 they print are actually read? And by how many people at a time? And how many really see your ad on page 23 if it is opposite the gardening section?

Television and radio face enormous analysis problems nowadays. BARB in the UK uses 5,100 households, with all viewing recorded and transmitted via Wi-Fi on all manner of devices. While this may be good at determining what programmes are on each device at any time, it does not guarantee whether someone is actually watching an ad (The tea break syndrome). Since timeshift began in the 1980s, fast forwarding the ad breaks has been a drawback.

Online has its own well-known problems. AdWords on a pay per click can be analysed because the responses are either real or not. But much interacting on line and trying to analyse real results still seems in its infancy. There are surveys which suggest that 90% of all Twitter postings are artificial or bots.

Cinema, though small, has a claim to reliability as audience numbers are known – but I always time my arrival to miss the ads – and I don’t think I am special. Outdoor sites can analyse footfall and car traffic – though what percentage pay attention is more difficult.

Trade shows existed long before print, radio, TV, influencers and you tube – and may yet outlive them all

We are not a medium because:

In a nutshell, trade shows are trade shows – they existed long before print, radio, television and even You Tube, and may yet outlive them all.