New team patrolling the Perimeter, as NürnbergMesse crosses over drones to other events 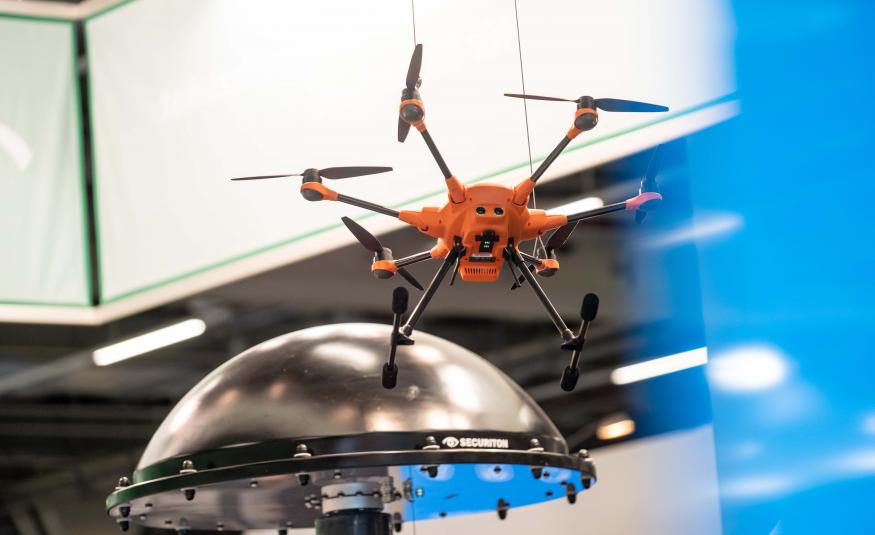 Perimeter Protection, NürnbergMesse’s international tradefair for perimeter protection, fencing and building security, says it has a new team in place to deliver the 2022 show (18-20 January), following a restructuring last year.

The show is targeted at European security officers in charge of local and long-distance transport, airports, stadiums, industry, power stations, the police and military along with building security architects and planners and its new events new team welcomes Frank Venjakob as exhibition director and Christin Gmelch, who will be responsible for customer acquisition.

Since the beginning of the year Thomas Preutenborbeck has been the new head of the unit which the event falls under at NürnbergMesse. He is also part of the NürnbergMesse Management Board and knows the show well, having been its exhibition director in 2014.

NürnbergMesse says it plans to establish closer links between its ‘unmanned technologies’ shows and its other tradefairs. Instead of being exclusive to Enforce Tac (the show for security agencies), as it has been until now, the organiser’s U.T.SEC (platform for drones summit) will in future, for example, also be able to present itself as a platform at other relevant NürnbergMesse events.  The integration of U.T.SEC@Perimeter Protection is one result of this new strategy.

A specialist forum at Perimeter Protection’s three-day event in 2022 will also be organised in partnership with VfS (German Association for Security Technology). And, following a successful debut in 2020, the event will also be partnering again with the Nuremberg Security Conference in 2022.

NürnbergMesse has established and proven expertise in the safety and security field, with a portfolio of events such as Enforce Tac, it-sa and it-sa India – tradefairs for IT Security, and FeuerTrutz – for preventive fire protection as well as Perimeter Protection and FIRE & SECURITY INDIA EXPO.