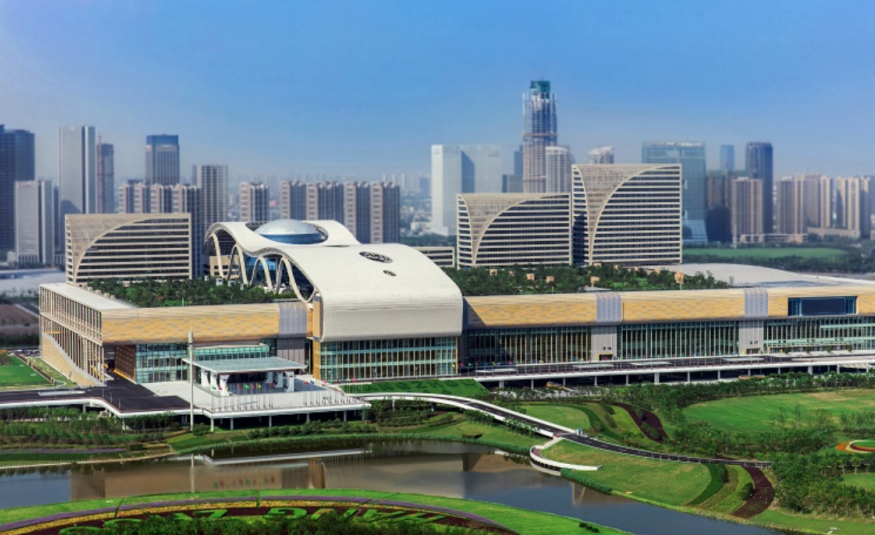 The new Group’s emergence signifies a new level of marketisation of the exhibition industry in Hangzhou, the capital of China’s Zhejiang province.

Part of the existing Hangzhou Business Travel Group, the Hangzhou Convention and Exhibition Group will promote business travel and conferencing opportunities and accelerate the integration of the exhibition sector with the Group’s other activities.

The move is also part of the ‘14th Five-Year Plan’ for developing the city’s exhibition industry and the co-operation with Donghao Lansheng marks a ramping up of marketing activity internationally and a move to improve core competitiveness.

“Hangzhou will accelerate its integration into the Yangtze River Delta and integrate into Shanghai,” Zhao Min, chairman of Hangzhou Business Travel Group, was quoted as telling the local business media.

Hangzhou was hosting conventions and exhibitions as early as 1929 and the first West Lake Expo ‘World’s Fair’ lasted 137 days beginning in June that year. It attracted 20m visitors.

After hosting the 2016 G20 Hangzhou Summit, the Hangzhou Municipal Government decided to speed up construction work on its International Conference Destination City projects as it aspires to become a ‘City of Events.