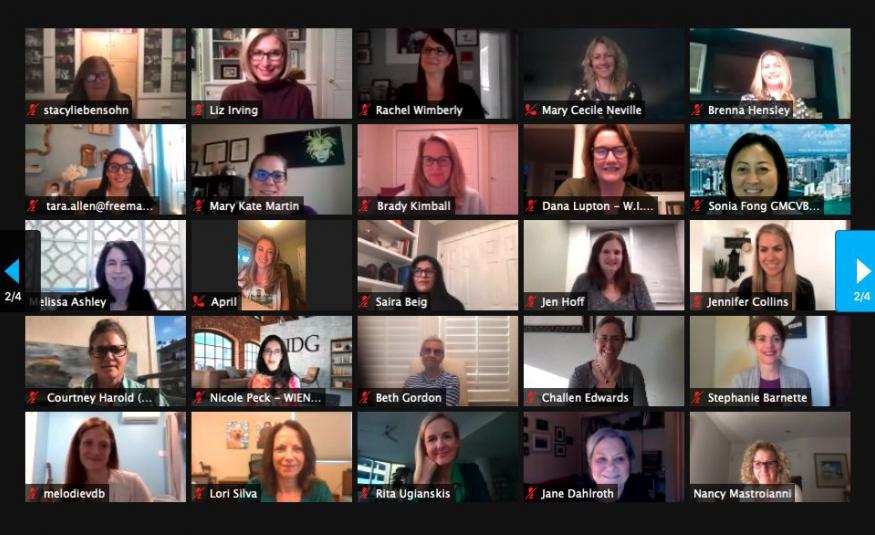 “The grass may look like it is greener on the other side for working-moms or stay-at-home moms,” said Walsh, “…we all have been challenged along the way, but it’s important to trust your decisions.”

Larkin said she often leaned on a close group of friends she met in college: “They are really good at bringing me down to earth.”

Freeman Parsons said she was, “grateful for women who challenged me to get out of my comfort zone.”

The WIEN North America chapter launch event also marked the opening of the membership drive for the newly formed organisation, which is open to all women involved in the North American exhibitions industry whose business is related to the organisation and facilitation of exhibitions for both B2B and B2C. Members do not need to be currently employed by a company/association in the industry to join.

Martha Donato, co-founder of WIEN North America and president and co-founder of Mad Event Management, added that it had taken almost two years for the idea to come to fruition, “but we launched the North American chapter to a fabulous group and it was fantastic hearing from three special leaders about how community helped shape their careers”.

She added that Oana Cipca, the founder of the International WIEN, had joined for the meeting. “Therein lies the silver lining of Covid, we had the time to finally do what we had wanted to do and connect, even though we were on different continents," said Donato.

Donato serves as president and co-founded the chapter with an official start date of 1 January, 2021, along with Stephanie Selesnick, who serves as secretary and heads International Trade Information, and Laura Purdy, who serves as treasurer and is GM of Toronto’s Exhibition Place.

WIEN launched in 2018 in The Netherlands and currently has chapters in the UK, EU, Germany and Middle East.