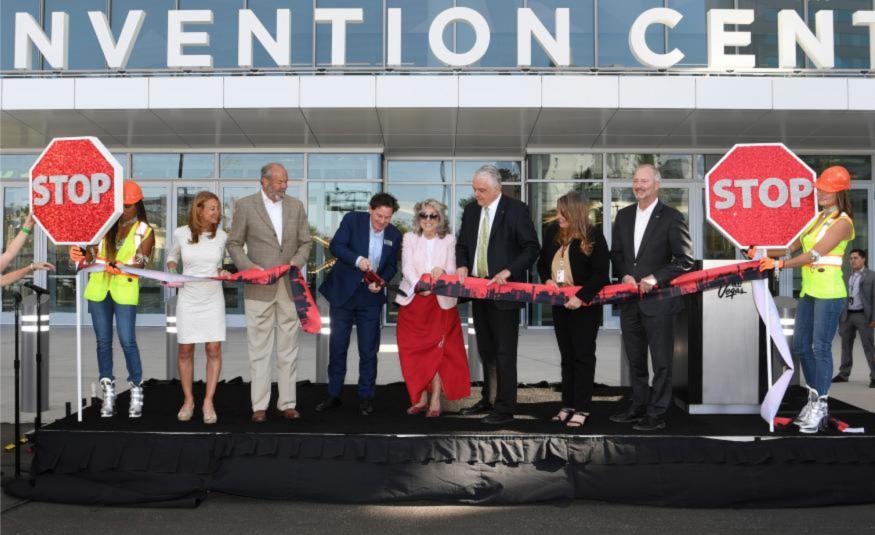 Informa Markets reopened the Las Vegas Convention Center (LVCC) for trade shows again in June, with World of Concrete (WOC) 2021, an annual international event for the commercial concrete industry. Held 7-10 June, having been postponed from its original dates in January, the 46th edition of WOC was the first show to use the LVCC’s new US$1bn, 130,000sqm West Hall expansion.

The West Hall features 55,741sqm of exhibition space, including 30,472sqm of column-free space. Offering views of the Strip, a 1,300sqm outdoor terrace can hold receptions of up to 2,000 attendees.

The WOC exhibition hall opened with 650 exhibiting companies and the show drew 18,254 attendees over the course of three days. By comparison, WOC 2020, held 3-7 February at the LVCC, drew about 54,000 registered professionals and 1,310 companies. The 2020 show generated $59.6m in direct and $103m in indirect economic impact.

The event also saw the debut of the LVCC Loop, the underground transit system developed by Elon Musk’s The Boring Company. The $52.5m people-mover system transports convention attendees in all-electric Tesla vehicles throughout the 200-plus-acre campus, 40 feet beneath the ground.

Construction on the Loop began in September 2018 and continued through the pandemic. The transit system became fully operational 7 June, as WOC’s educational session kicked off, allowing up to 4,400 convention attendees per hour to be moved across the campus in just under two minutes, free of charge.

The show was the first large-scale US event that did not require masks for fully vaccinated individuals, following the 13 May update to the CDC guidelines, which advised that masks and social distancing are no longer necessary for people who have been fully vaccinated from Covid-19. Although, beginning 30 July, the state of Nevada adopted an emergency directive requiring facial coverings indoors for everyone, both vaccinated and unvaccinated.

Nan Walsh, president, North America at Informa Markets, said: “We are so happy to be the first large-scale trade show to return to the show floor in the US, and the first to use the Las Vegas Convention Center’s incredible new West Hall, and through that partnership I believe we are signalling a return to business and connection that is needed now more than ever.”

Originally scheduled for 19-22 January, WOC was postponed due to Covid-19. Kevin Thornton, senior VP of operations, North America for Informa Markets, said that during the pandemic they had “relied on vendor partners, like the Las Vegas Convention Center more than ever. Our vendors have been flexible in terms of timelines and contract terms, and we wouldn’t have been able to produce these events without our partners’ support.”

On 18 March, following Nevada governor, Steve Sisolak’s, announcement of an increased large gathering capacity to 50%, Informa announced rescheduled dates in June. At that time, Nevada’s directive required meetings, trade show and entertainment venues to certify through the state’s Department of Business and Industry that they would follow the state’s health and safety requirements and protocols.

WOC submitted plans and was granted certification 60 days out from the show, but the approvals ended up not to be needed when the show opened on 8 June.

During the ribbon cutting ceremony, Steve Hill, president and CEO of the Las Vegas Convention and Visitors Authority (LVCVA), said the four-day show wouldn’t have happened without the efforts of Informa and the confidence they gave to Nevada, Clark County and the LVCVA.

Thornton added: “Unfortunately, there’s not a checklist to reopen a show. It differs based on timing and location. It’s a moving target, and it’s fluid. Our advice: Work closely with the city, venue and local health department. They are the ones that have the best information from the state level. Be willing to adapt. We had policies in place three weeks before the show that we changed based on CDC guidance.”