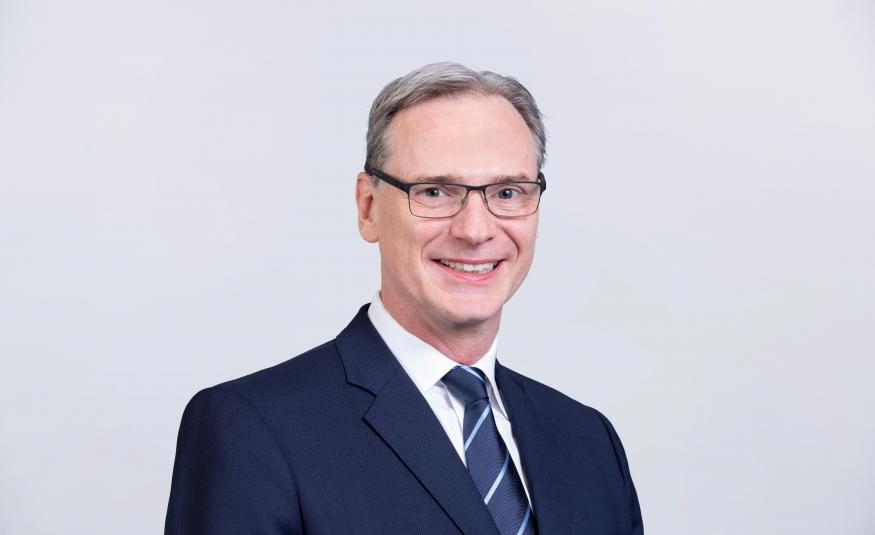 When he returned to Germany from Asia in 2018, Wolfram Diener brought with him the experience gleaned from one of the most varied and interesting careers in the exhibition industry. It’s safe to suggest that no-one else can match the variety which spans senior management positions for Hamburg, Frankfurt and now Düsseldorf Messes, the Sino-German venue joint venture venue SNIEC, working for the late Sheldon Adelson to launch the MICE activities of Venetian Macau and Marina Bay Sands, and a key role at one of the ‘big Brits’, running an important segment of Informa Markets portfolio in Asia.

Diener is among the newest of the CEOs running the largest exhibition businesses in Germany, having taken the top seat there in July last year. These jobs don’t come up for grabs very often with his predecessor, Werner Dornscheidt, having run the company for 17 years and worked there for 37.

It’s clearly been a tough first year but he is relieved to be seeing signs of improvement now. “The situation is now improving day by day, dramatically, really dramatically,” Diener says. Clearly, however, things won’t be going back to normal right away. “We are building a massive test centre right next to the fairground,” he tells me. Testing will be at the heart of Germany’s Covid exit strategy and those who are unvaccinated and attending longer events will need to be tested every two days. As he says, this becomes a big exercise at a show like the 10-day Caravan Salon. “Every exhibitor who requires the test has to undergo this procedure at least five times. So, you can sense this requires some logistics”.

Diener thinks these measures are likely to remain well into next year, particularly where international travel from outside the EU is concerned. This is of particular concern to the big German organisers such as Messe Düsseldorf. “We have shows where almost 80% of the attendees come from overseas,” he points out. That is having an impact on the speed at which exhibitor confidence to return is re-emerging. Diener says exhibitors are telling him: “I need your trade show to connect with my overseas buyers”. So, he says, “when they don't see a fair chance that a notable number of these overseas buyers are able and willing to travel to the show, then they might say it’s not worth it for me yet”.

He is also concerned that quite a lot of large companies are maintaining significant restrictions on their staff travelling internationally for business. “But,” he continues, “I hope with a rapid improvement over the past weeks, and hopefully going forward, they will be able to change their thinking in this regard.”

Even with the improving situation, the lead-time needed to organise an international event means that some tricky decisions are imminent. “For international trade shows, you need at least three months ahead to do your planning as exhibitors, to prepare, to organise the shipping and all that. So, for our show in October this year, we are now very, very soon going into the time window of making a final decision”. And, given the rapidly changing situation, many are still sitting on the fence, he says.

That level of uncertainty is something quite foreign to exhibition company staff and has been tough for many. “They are used to work in a very structured way, following a routine and that’s simply not the reality at the moment,” Diener notes. “I observed that many of my colleagues are almost freaking out with this. They just cannot cope with the fact that you have no planning horizon or planning security.” So, the company has tried to put in place support mechanisms for those team members suffering a variety of personal challenges. This has been doubly complicated, as for companies around the world, by the challenges of massively expanded home-working.

As with all organisers, Messe Düsseldorf has had to turn to digital alternatives to support its clients this year. In the past, Diener says, “we tried what we can do in a digital way to supplement our core business, our main service, which is the physical tradeshow”. But, over the last year, “we had to learn in a very quick way how we can speed up our digital development. And there is no question we wouldn't have done this as quickly without a pandemic.”

There have been some interesting dividends from the necessity of moving quickly. For one shows, Diener notes, “we had 14 weeks or so left to introduce the digital format in the market, which we did. But it was a massive undertaking and also a good experience because we had no choice but forming entirely new teams across different departments and across different disciplines. It was a very good team effort and a new experience. I think that worked pretty well”.

Diener comments that his team found very different levels of acceptance across the many different industries served by their fairs. The medical sector, for which it organises Medica in Düsseldorf and in a number of countries around the world, is driven by technology and has been much quicker to accept digital approaches than some others. But, this is a ‘content-rich’ environment and one which probably lends itself well to digital formats. Diener doesn’t believe that the digital events have really usefully replicated the trade show floor. “As an exhibitor in a physical show,” he says, “you're sitting there and you see what happens, you can observe what happens around you, you see people passing by you, exchange a smile and you hear the noise around you. But, when you exhibit in a virtual showroom, you are sitting in a black box. You cannot hear anything that happens around you, and you are waiting there for someone to knock the door and come in.”

Diener is not, however, in digital denial and sees many opportunities for reaching out to customers and potential customers who, for one reason or another, aren’t at a physical show. Freed from the time constraints of the traditional fair, which is particularly significant with some of his events taking place on a once in four years cycle, he says, “you can first of all connect to people in a digital way. And then, of course, we would wish that the final goal is is to meet one day at the physical trade show”.

For more from Wolfram Diener, including his comments on what he learned working for such a variety of different event business owners and where in the world outside Germany he sees opportunities, watch out for the EW Sessions video interview with him which will be posted on the Mash TV Channel next week.