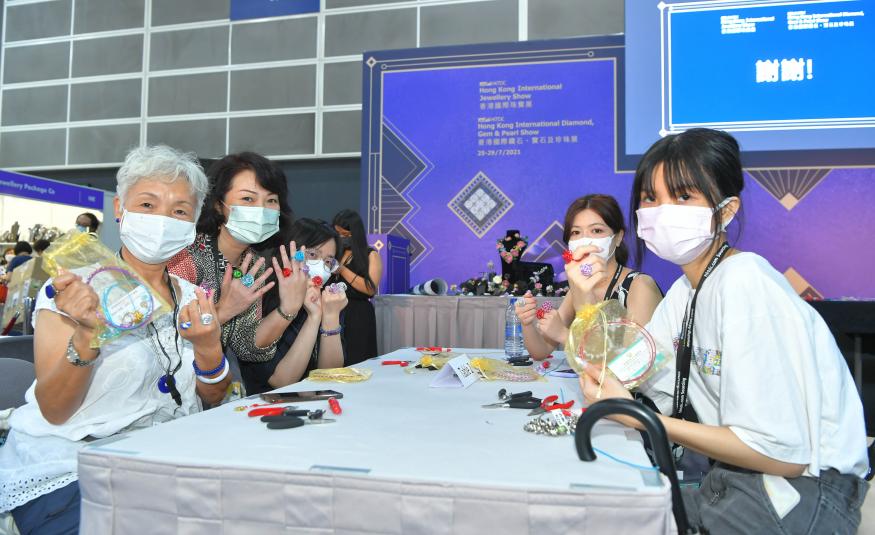 The twin shows also run online until 5 August to enable global jewellers and traders to engage in business talks via video conferencing, with more than 1,200 online meetings between exhibitors and buyers arranged. As of 29 July, the online edition of the shows recorded some 2,500 buyers.

Benjamin Chau, acting executive director of the HKTDC, said: “An independent survey conducted on-site found that 44% of the interviewed exhibitors and buyers considered business travel restrictions during the pandemic as the biggest current challenge. On a more positive note, 31% and 19% of respondents respectively believed that the recovering purchasing power of customers and business leads driven by e-tailing would be the main source of new business opportunities this year.”

During the shows, the HKTDC conducted an on-site survey in which more than 800 exhibitors and buyers were interviewed. That survey found that buyers and exhibitors remain cautious regarding the market outlook, with 54% of respondents expecting overall sales to decrease this year and only 29% expected sales to remain unchanged. In terms of sourcing prices and production costs, 45% of respondents said they were under more pressure. Despite this, more than half of them (54%) expected that retail prices will remain unchanged.