Australia's EEAA Awards for Excellence slim down for 2020 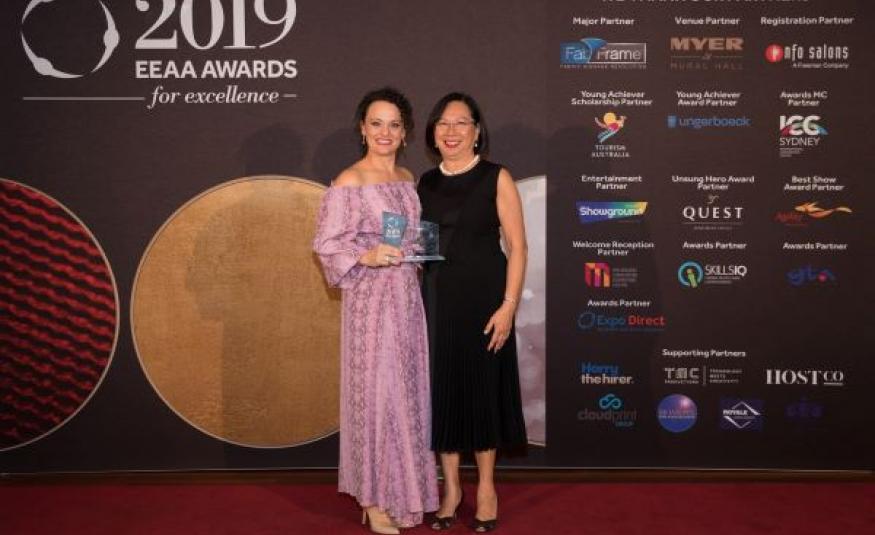 The Exhibition and Event Association of Australasia (EEAA) has opened nominations for a condensed version of its 2020 EEAA Awards for Excellence.

The EEAA Awards for Excellence aim to recognise the industry’s unsung heroes and young talent.

EEAA chief executive, Claudia Sagripanti said: “This year the EEAA will run two award categories only: the Richard Geddes Young Achiever Award and Scholarship and the Unsung Hero Award, focussing on the people who have made a significant contribution to their company and the industry.

“The category eligibility and criteria have been designed to showcase the exceptional work of our young members via the Richard Geddes Young Achiever Award and the Unsung Heroes of our industry. The Awards will recognise those EEAA member individuals who have delivered innovation, shown resilience, remained optimistic and garnered business confidence amongst the industry.

“We all know someone who is a driving force for change, and pivotal in achieving success for their company or for the industry – they can be one of the younger members of the industry and a person who may fly under the radar. We are calling on the industry tell us about the individuals who have made a significant contribution and to allow those people to be recognised.”

This year, the EEAA has partnered with ICC Sydney to host the Association’s AGM followed by an end of year reception on 8 December, where the two awards will be presented in a hybrid hub-and-spoke style format.

Sagripanti said: “The awards will be broadcast across Australia, with our members gathering in capital cities around Australia to attend the EEAA AGM, followed by the presentation of two important individual Awards."

Entries will be judged by a panel of independent industry experts, including representatives of the international events community, with John Trevillian, AM, as chair of Judges. The award entry kit is available here.

Entries for the awards will be open from 1-30 October, with the finalists announced in early November.