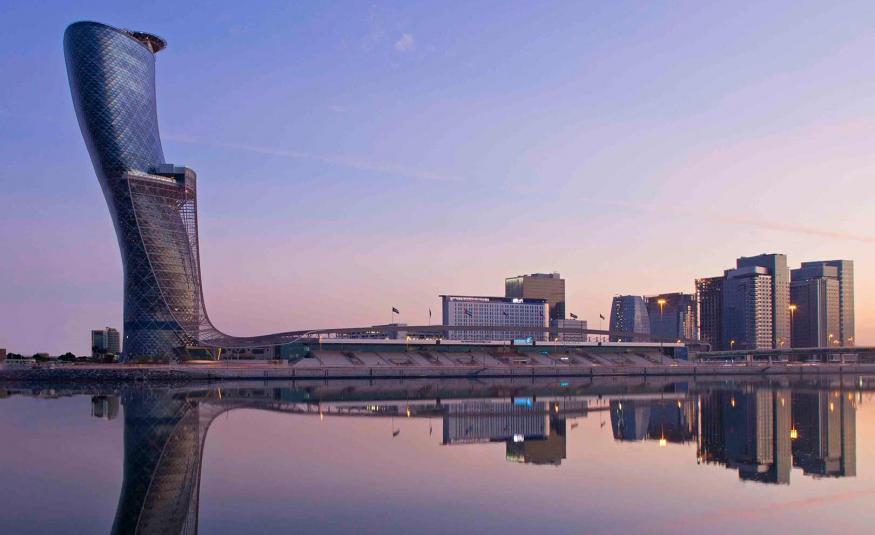 Abu Dhabi National Exhibitions Company (ADNEC), a subsidiary of ADQ, has announced that the value of its direct and indirect impact on the Abu Dhabi economy in 2019 was AED4.9bn (US$1.33bn).

The figure represents an increase of 46% from 2018 and takes the total value of the business’s contribution to the local economy since its inception in 2005 to AED36.9bn.

In 2019, there were 496 events hosted by Abu Dhabi National Exhibition Centre and Al Ain Convention Centre, with the ADNEC venues collectively hosting 11 new exhibitions in that time compared to 2018. ADNEC hosted a total of 60 global and local exhibitions, representing a 5.2% increase over 2018.

The company revealed that it supported 27,543 jobs in related sectors and helped generate 764,161 guest nights for the hospitality sector in the Emirate, indicating a 61.4% increase from 2018.

Wholly owned ADNEC subsidiary ExCeL London, now transforming its halls into a 4,000-bed hospital for treating coronavirus patients in the UK capital, put on 431 events last year, the group revealed – a figure up 4.61% from 2018. The London venue also welcomed 4m visitors which was up 73.9% from the previous year.

H.E. Humaid Matar Al Dhaheri, Managing Director and Group CEO of ADNEC, said: “2019 was an exemplary year for the Abu Dhabi National Exhibitions Company as we achieved a number of major successes and milestones, cementing our positioning at the forefront of the business tourism industry. ADNEC continues to align with the Abu Dhabi 2030 Plan and Abu Dhabi Economic Vision 2030 to support the promotion of Abu Dhabi as the region’s pioneering business tourism hub through hosting leading international exhibitions and conferences.”

H.E. added: “2019 was a record-breaking year for ADNEC Group, with exceptional results achieved across the board along with important growth in events, exhibitions and conferences. Year on year, we have strengthened our efforts to promote the UAE capital as a world-class destination and a leader in business tourism. Our results are a testament of our dedicated and committed teams who strive to elevate the company’s excellence at both local and international levels.”

“We look forward to continuing our efforts to solidify Abu Dhabi’s leading status as the business tourism capital of the region and to maintain our reputation for offering organisers, exhibitors and delegations world class facilities and services to ensure the continued success of their events hosted at our venues,” he added.

Events hosted and organised in the Abu Dhabi National Exhibitions Company in the first half of 2019 included key industry events. January kicked off with the World Future Energy Summit (WFES) dedicated to innovation in energy, clean technology and efficiency for a sustainable future and the event attracted 34,000 attendees. Additionally in January was the 13th Tawdheef exhibition, the region’s leading Emiratisation exhibition, which focuses on employment and professional development, aiming to increase the national workforce and support job seekers.

One of the most notable events for the first half of the year, organised by ADNEC was IDEX and NAVDEX 2019, held in February. Over the five-day event, IDEX and NAVDEX attracted 124,370 visitors and the event registered deals worth AED20bn.

Last August, ADNEC hosted The Abu Dhabi International Hunting and Equestrian Exhibition (ADIHEX), the only sports exhibition dedicated to hunting, equestrian, marine and outdoor sports in the region. In September, ADNEC hosted The World Energy Congress (WEC) one of the world’s most important energy forums that saw more than 15,000 attendees from the UAE and abroad including 4,000 delegates and 66 ministers. The UAE was the first Middle Eastern country to host WEC and the exhibition featured over 200 exhibitors.

Additionally, in September, ADNEC hosted the EuroTier Middle East exhibition, which was held for the first time in the region, witnessing the participation of 120 international companies from 18 countries, and attracting more than 11,000 visitors. October saw ADNEC organise and host the second edition of the Abu Dhabi International Boat Show (ADIBS) and that event drew 26,000 visitors and 284 exhibiting companies from 27 countries.

In November, ANDEC hosted one of the most successful and largest editions of the Abu Dhabi International Petroleum Exhibition & Conference (ADIPEC), attracting than 145,000 attendees with 2,000-plus exhibiting companies from 67 countries.

Furthermore, in December, ADNEC both hosted and organised the 10th Anniversary edition of SIAL ME, one of the largest food, beverage and hospitality events in the region, and the fifth edition of Abu Dhabi Date Palm Exhibition (ADDPE). SIAL ME, 2019 was the biggest edition since its launch in 2010 and it facilitated a huge number of trade deals valued over AED 7.2bn during the three-day event. The event drew 23,000 industry experts and unique visitors with a growth rate of 13% from 2018.