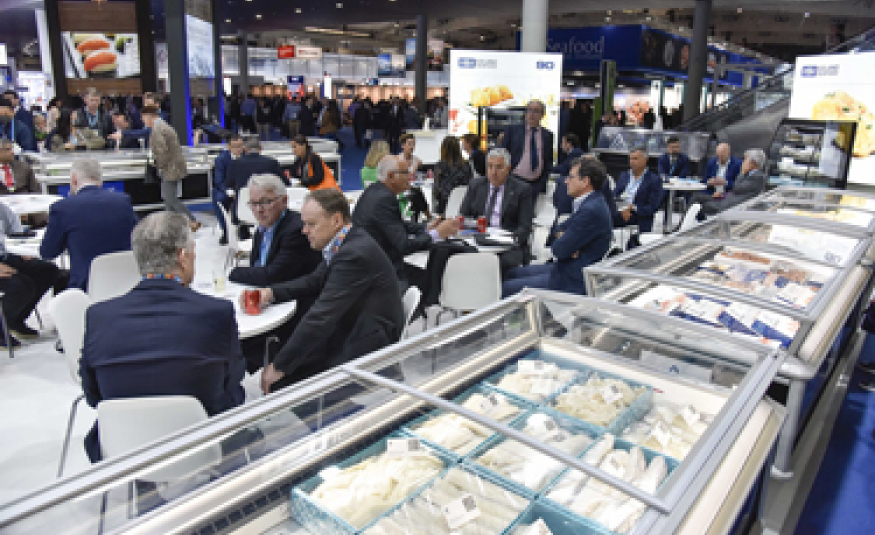 Organisers of the 28th annual Seafood Expo Global/Seafood Processing Global report that the show, in its first year in Barcelona, Spain, and which concluded on 28 April, surpassed its previous visitor numbers total.

A total of 1,550 exhibiting companies from 76 countries, occupying nearly 40,000sqm of exhibition space, participated in this year’s event, organisers report. The edition was the first since it departed Brussels, Belgium in 2019.

Diversified Communications reported the expo had represented an estimated economic impact up to €100m for the city of Barcelona.

“After two years without the event, it was a successful and productive debut in Barcelona. In a year challenged by geopolitical issues and Covid-19 restrictions, being able to host an event 98% the size of the largest edition ever held is a testimony that the industry was ready to get back together in person,” said Liz Plizga, Diversified Communications’ group vice-president.

“While the geopolitical situation in Russia and strict quarantine in China contributed to a decrease in the number of exhibiting staff at the event, buyers and other industry professionals visiting from all around the world surpassed 2019 figures,” Diversified said, adding: “The 28th edition of the Expo re-affirms its position as the world’s largest seafood trade event bringing back together suppliers and industry buyers from around the globe.”