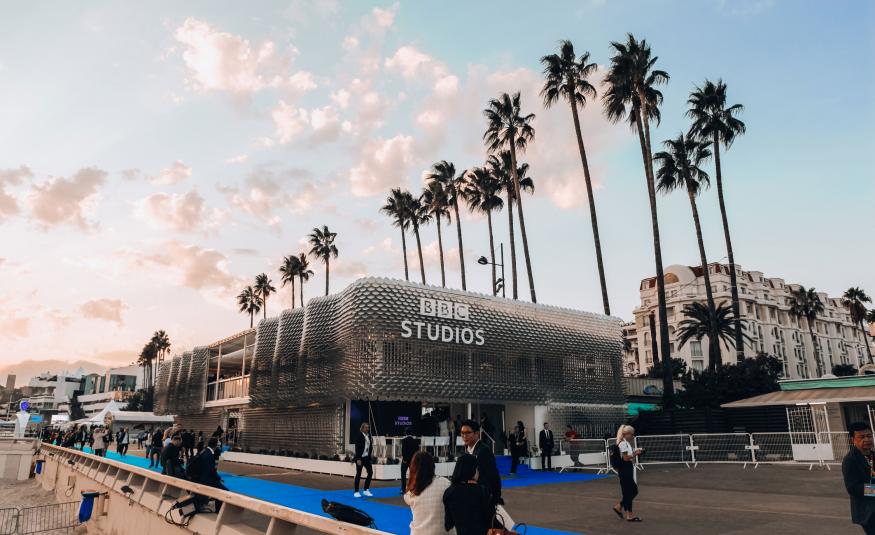 MIPCOM stands for Marché International des Programmes de Communication, and is organised by Reed MIDEM, a subsidiary of Reed Exhibitions.

The structure, with its recyclable façade comprising two floors of flexible work and hospitality spaces, meets the needs of BBC Studios’ growing business as one of the world’s biggest producers and distributors of TV content.

The stand at Croisette 18 marks BBC Studios’ first new business space at MIPCOM in 20 years, having previously been based in the Palais venue.

With sales executives descending from all over the world along with production teams and talent, the building will enable the company to host multiple business meetings and events across the four-day market.

The external façade, designed by Giles Miller Studio, is composed of fully recyclable raw aluminium, specifically engineered to control the light and transparency of the building. 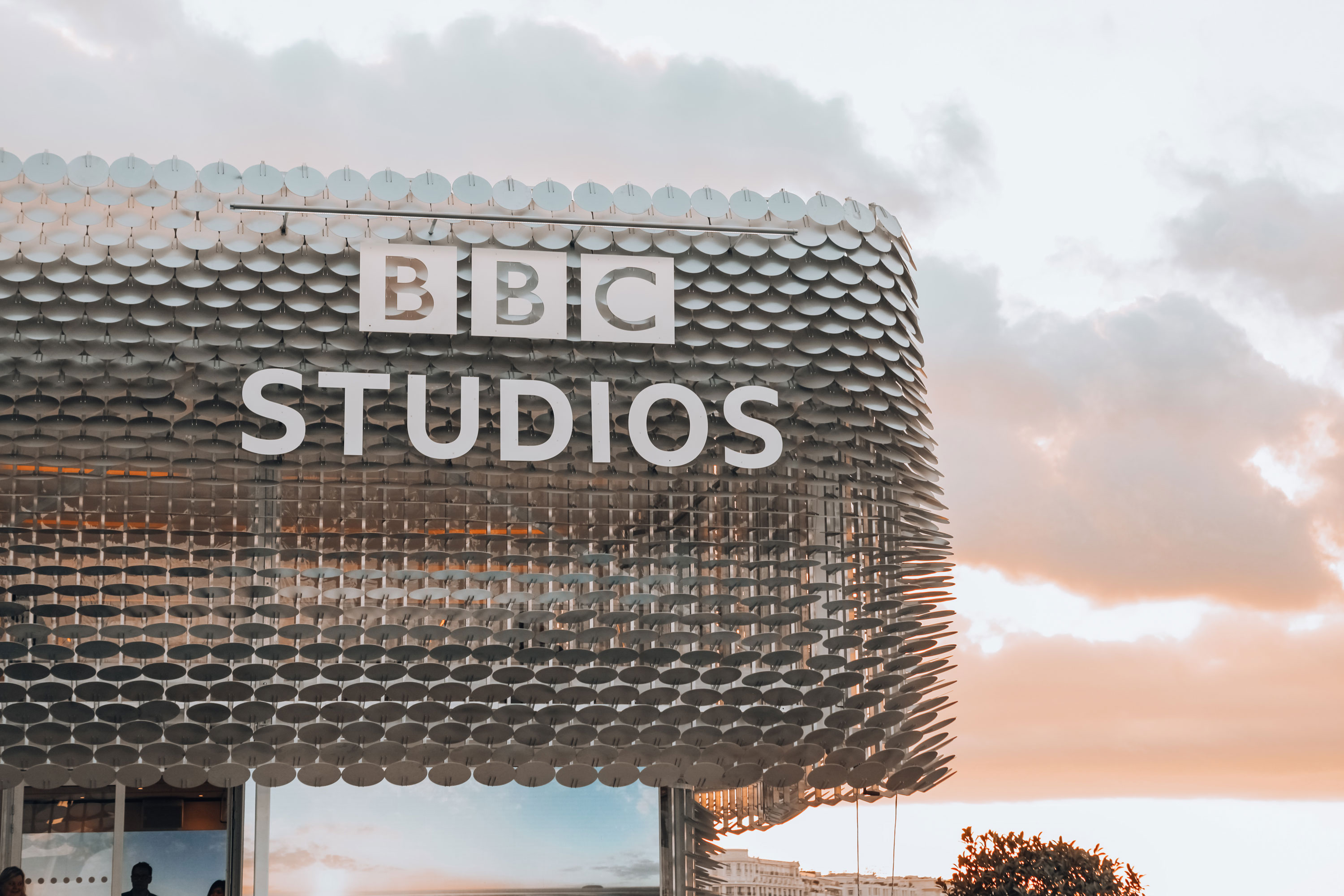 Commissioned by BBC Studios, the idea origination and overall project direction for the build came from Cheerful Twentyfirst, an award-winning London based agency whose previous clients include Virgin, Disney and Microsoft amongst others.

Providing creative direction was Christine Losecaat, an Emmy award winner who was appointed MBE for services to the creative industries in the UK. Universal Design Studio were the creatives for the interiors, with Yorkshire based Stage One delivering construction and detailed design.

Steve Quah, CEO, Cheerful Twentyfirst, commented: “From the outset of the brief, it was clear that BBC Studios and Cheerful Twentyfirst had a shared sense of vision and ambition. A project of this huge scale requires a close partnership and trust in delivery. Together with our unique team of collaborative experts - Christine Losecaat MBE, Giles Miller Studio, Universal Design Studio and Stage One – we are proud to deliver a truly unique and exceptional creative project, one that fulfills all our wildest imaginations.”