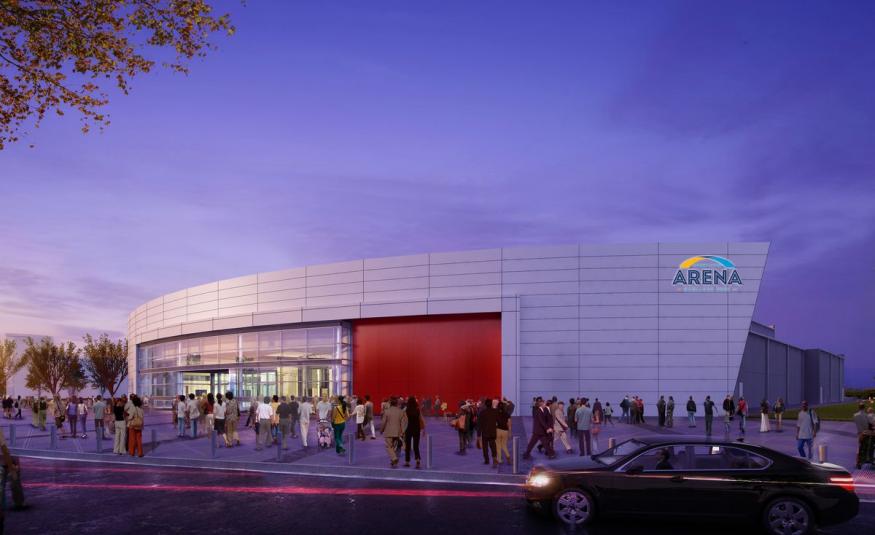 The Gateway Center Arena in Georgia, USA, will officially open its doors on Friday 26th October – with its first events scheduled for November.

Operated by the Georgia International Convention Centre (GICC) in partnership with The Fox Theatre, the sports and entertainment venue will serve as the home to the College Park Skyhawks, the official NBA G League affiliate of the Atlanta Hawks, and will hold 5,000 seats with a 360-degree view for live events, concerts, graduations and conventions.

Located next to GICC and Hartsfield-Jackson Atlanta International Airport, the 100,000sqft entertainment destination will provide an estimated 600 jobs to College Park and other surrounding areas. It also has easy access to public transport, hotels, the Delta Flight Museum, Porsche Driving Experience and more.

The Fox Theatre will include events such as concerts, comedy performances, family shows, lifestyle events, and amateur and professional sporting events. Under this multi-year agreement, the Fox Theatre will consult in several key business areas, including accounting, programming, marketing, digital media, production and general facility management.

One of the first public events taking place in the new arena will be FanFest, a family friendly event on Saturday 9th November from 12pm-4pm. The Skyhawks home opener will take place on Thursday 21st November which includes season ticket membership sales for priority access, followed by the #TBTour with Immature on Saturday 23rd November.

Mercedes Miller, executive director at GICC and Gateway Centre said: “The Gateway Center Arena establishes the City of College Park as not only a unique entertainment destination within Atlanta, but also as a leader in the city’s economic development. Especially with our partnership with The Fox Theatre, we now have a venue hosting sought-after events that is easily accessible for those who live and work in south Atlanta, and even further beyond the city.”