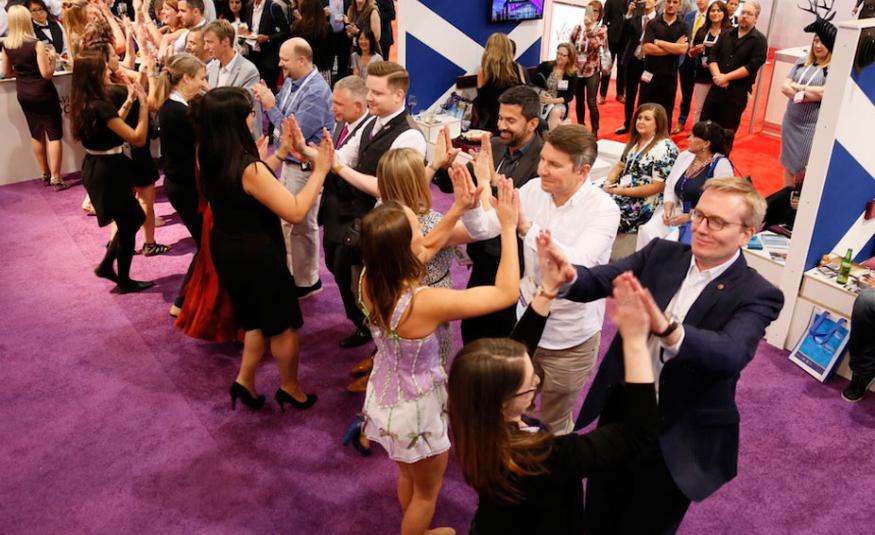 IMEX group chairman Ray Bloom named the sixth IMEX America the largest ever, as the event drew to a close on 20 October in Sands Expo, Las Vegas.

More than 3,000 hosted buyers attended the show – also a record, said Bloom, who added there had been 60,000 individual appointments and booth presentations, and 10,000 attendances by buyers at group appointments. This, he claimed, represented a five per cent increase in appointments on 2015.

This year IMEX America buyers were asked to specify the reason for their meetings, as well as being invited to attach a profile or mini-RFP to their appointment. The proportion of appointments with RFPs attached increased from 51 per cent of appointments in 2015 to 69 per cent this year as a result, said Bloom, who called the change “an important innovation enabling both buyers and exhibitors to be better prepared for their meetings. It has made a great impact on the appointments taking place on the show floor”.

Among show highlights, Bloom picked out the Exhibition and Meetings Safety and Security Initiative (EMSSI), attended by Bruce Davidson, director of the US Office of SAFETY Act Implementation. “There is no greater issue facing our industry and to start the process of agreeing a comprehensive set of nationally recognised event security guidelines and standards is an extremely important and valuable step for everyone,” said Bloom.

A series of event tech, innovation and sustainability tours were among initiatives in the show floor education programme, which offered 269 sessions, 86 per cent of which were assigned with CEs for CMP certification, more than ever before.