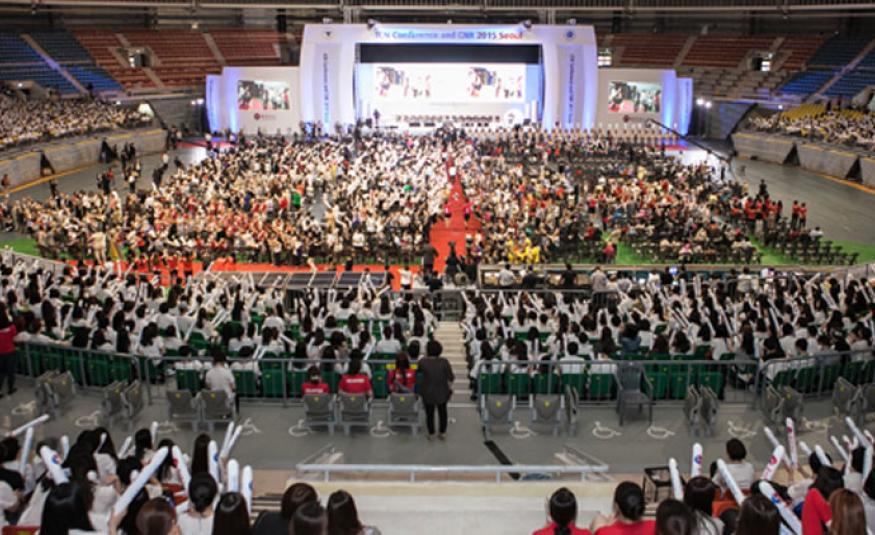 South Korea’s international business events calendar has been largely unaffected by the recent MERS outbreak, the Korea Tourism Organisation claims, in a release that says the threat posed by the disease is subsiding.

No major international congresses scheduled for 2015 have been cancelled, says KTO, while events such as June’s International Council of Nurses (ICN) 2015 Conference took place with strong attendance at the height of the scare, a sign of global confidence in Korea’s safety as reflected by World Health Organisation and state-level agencies worldwide advocating normal travel advisories for the country throughout the incident, KTO says.

“The existing concern about the MERS chaos isn’t as serious as we thought it would be,” says a spokesperson for ICN 2015 Korean organiser, the Korea Nurses Association (KNA). ICN 2015 was attended by 15,000 participants from 120 countries; including 3,000 from overseas. It was held 19-23 June at the Coex convention centre in Seoul and the conference’s opening ceremony saw both South Korean president Park Geun-hye and WHO Director-General Dr. Margaret Chan in attendance.

Korea’s congress schedule for the second half of 2015 remains sturdy, with September welcoming to Pyeongchang – host of the upcoming 2018 Winter Olympics – the 6th International Wildland Fire Conference, while November will bring to Seoul the 2015 World Road Congress. And, in October, Busan will celebrate the 20th edition of the Busan International Film Festival, which anticipates a total audience of about 220,000 from 79 countries, including global buyers for the annual BIFF Asian Film Market.

As of 13 July 13, there have been 186 confirmed cases of MERS in South Korea, of which 33 of the sufferers are currently hospitalised. All confirmed cases of the infection have been limited strictly to within hospitals, with no documented external transmission of the virus.

In addition, there have been no reported cases of the infection among foreign visitors, including international congress attendees.

With the last case of MERS having been reported on 7 July, the South Korean government is confident it can give an official all-clear announcement at the beginning of August.

This week, the KTO, along with other travel and tourism bodies is to host 200 major Chinese travel influencers. The nation’s largest feeder market, China, Hong Kong, and Taiwan, accounted for the biggest drop in inbound travel to Korea due to MERS, with concerns over the disease exacerbated by the SARS epidemic the previous decade.

The sponsored tour, scheduled for 15-18 July, will include a visit to some of Seoul’s most popular tourism destinations.