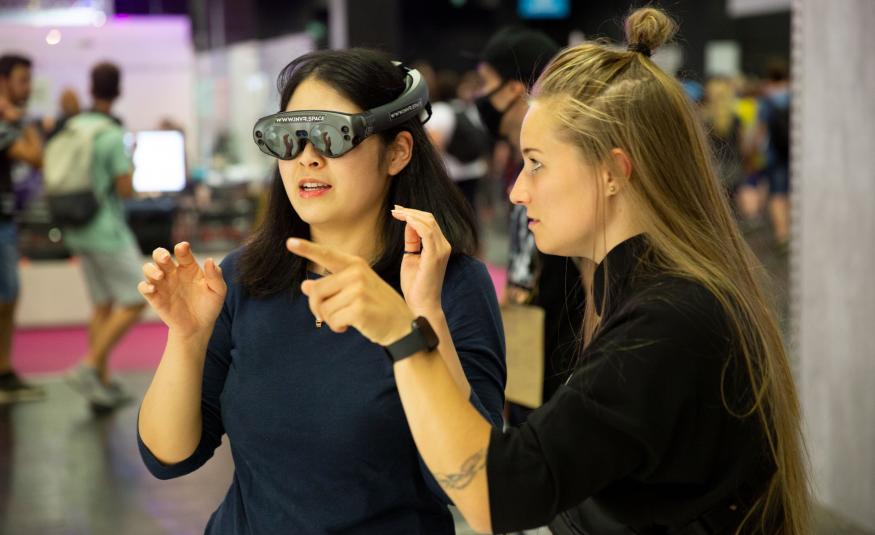 The third edition of the just-completed Zurich Game Show showcased a world premiere and 13 Swiss premieres, a range of novelties, panels and discussions, as well as game tournaments and cosplayers.

The show reported 34,000 visitors across the seven halls of the Messe Zürich (visitor numbers for 2018 were put at 27,000) and organisers estimated the final total of exhibitors at 215.

Games and new state-of-the-art devices were tested at the show and international game stars were out in force.

A highlight was the gameplay demo of the highly anticipated ‘Cyberpunk 2077’.

The show, which took up over 30,000sqm of space, cemented itself as the biggest event in Switzerland for gaming, eSports, digital entertainment, digital lifestyle, cosplay and board games has been held for the third time.

Some of the celebrities on stage at the show included Charles Martinet, the ‘Voice of Mario’, YouTuber ‘Domtendo’, Jim Pirri, Steve J. Palmer, Gonzalo Martin, and Superman Dean Cain.

Swiss game developers also took advantage of the show platform and there were good crowds at the eSport tournaments, which were also shown live on the big screens.

There were two cosplay contests with cash prizes and organisers report ticket sales up compared to previous years despite some sunny weather. “It’s not about setting new visitor records, it’s about providing visitors with a varied program of innovation and quality content,” said Martin Schorno, founder and director of the Zurich Game Show.