The tech capital of the world? 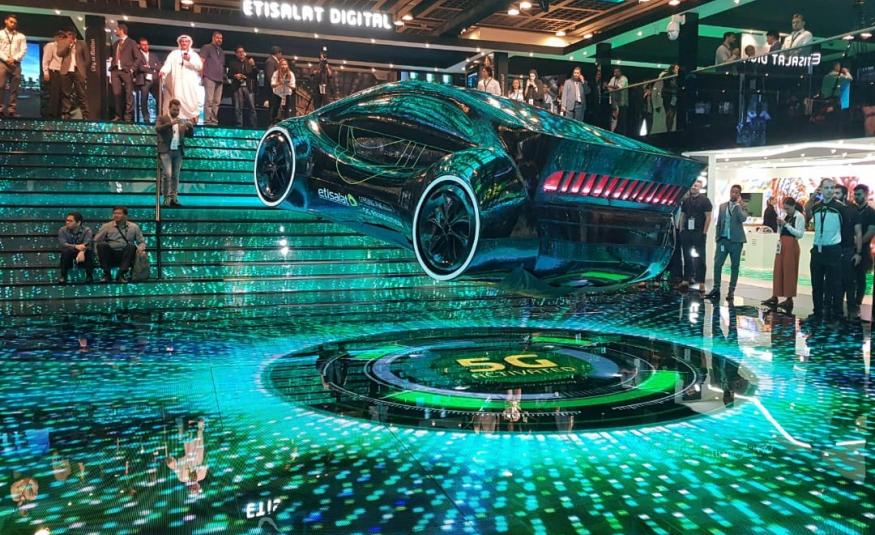 EW reports from tech exhibition GITEX in Dubai - which has grown rapidly to become a magnet for technology leaders in the Middle East.

Middle East and North Africa IT spending is forecast to reach US$160bn in 2019, an indicator of huge potential being realised in the region.

For five days this October Dubai became the tech capital of the world as it staged GITEX Technology Week 2019 - a global showcase and gathering of technology talent and leaders. It is a show that has grown as exponentially as the technology market it serves.

Technology is a sector now generating sales of AED1.6bn (US$440m) and AED919m in retained value for Dubai’s GDP, according to figures from a new Economic Impact Assessment report issued by Dubai World Trade Centre (DWTC).

The tradeshow is also making waves beyond the region, with a third of the 171,282 attendees at GITEX Technology Week this year coming from abroad.

Locals are doing well from the event, too, which has become a powerful motor of employment, supporting 6,239 jobs. 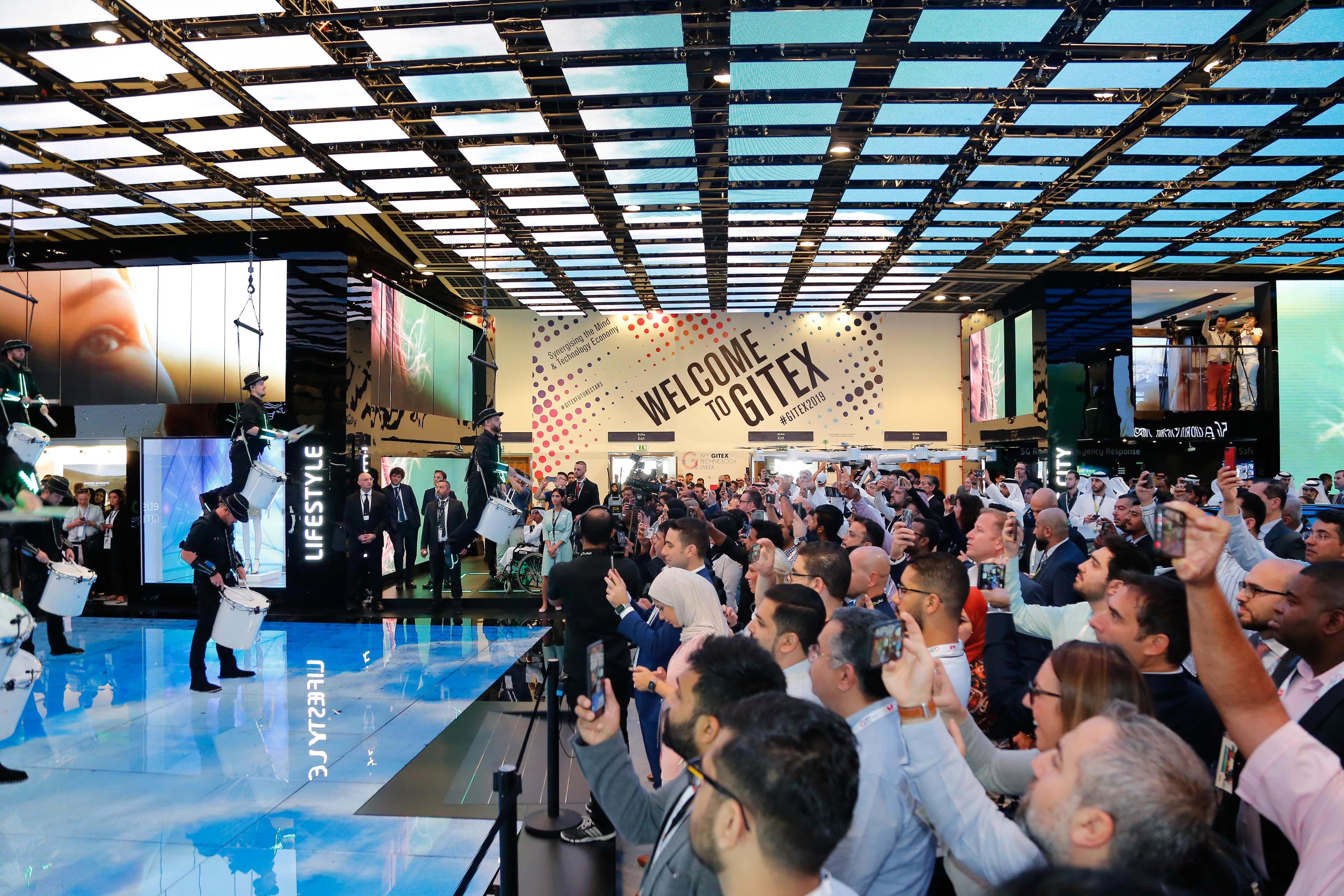 The economic report also illustrated how global exhibitors and visitors collectively yield a ripple effect beyond the technology and MICE sector, not least supporting the emirate’s economic diversification agenda. The report delivered up other valuable figures, tracking:

• Direct spends in ancillary sectors such as accommodation, F&B, retail, entertainment, travel and transport and other business services

The average length of stay for international attendees is 5.7 days, while their average daily spend is AED1,741 (AED 9,924 for their entire stay). Local participants, by comparison, spend on average 3.6 days at GITEX, spending AED1,739 for the entire event.

The spend is understandable when you consider the scale of the show and how it has grown to involve 4,800 exhibitors from 140 countries. Content is also booming, with 290 hours of sessions over the five days.

Today’s thriving tradeshow is not just a happenstance event in the shifting sands; there are deep roots. GITEX – then the Gulf Computer Exhibition – was launched in 1981 and has grown today into a regional engine for technology proliferation across the Middle East, Africa and South Asia (MEASA) regions.

In 1988 the exhibition was renamed the Gulf Information Technology Exhibition (GITEX), and then set new records with 7,500 visitors and 80 exhibitors representing 180 companies.

By 2011, GITEX had launched Cyber Security @ GITEX, the precursor to the Gulf Information Security Expo and Conference (GISEC).

And the big names continue to stack up. Heavyweight visionaries making their debuts at this year’s show included China Mobile, Ericsson, Honeywell, Nokia, Schneider Electric and Siemens, all unpacking developments around the world’s most transformative and emerging technologies, including 5G, Blockchain and AI. In fact, AI is expected to contribute almost 14% of the UAE’s GDP by 2030, equivalent to $96bn.

With device sales expected to reach $26.9bn in the Middle East and North Africa in 2019, it is clear to see why these big technology guns are exhibiting at the event.

In the Middle East alone, the smart home technology market is expected to reach $1.86bn by 2022, while the consumer electronics market in the UAE is set to climb 6% to reach nearly $3.8bn this year. 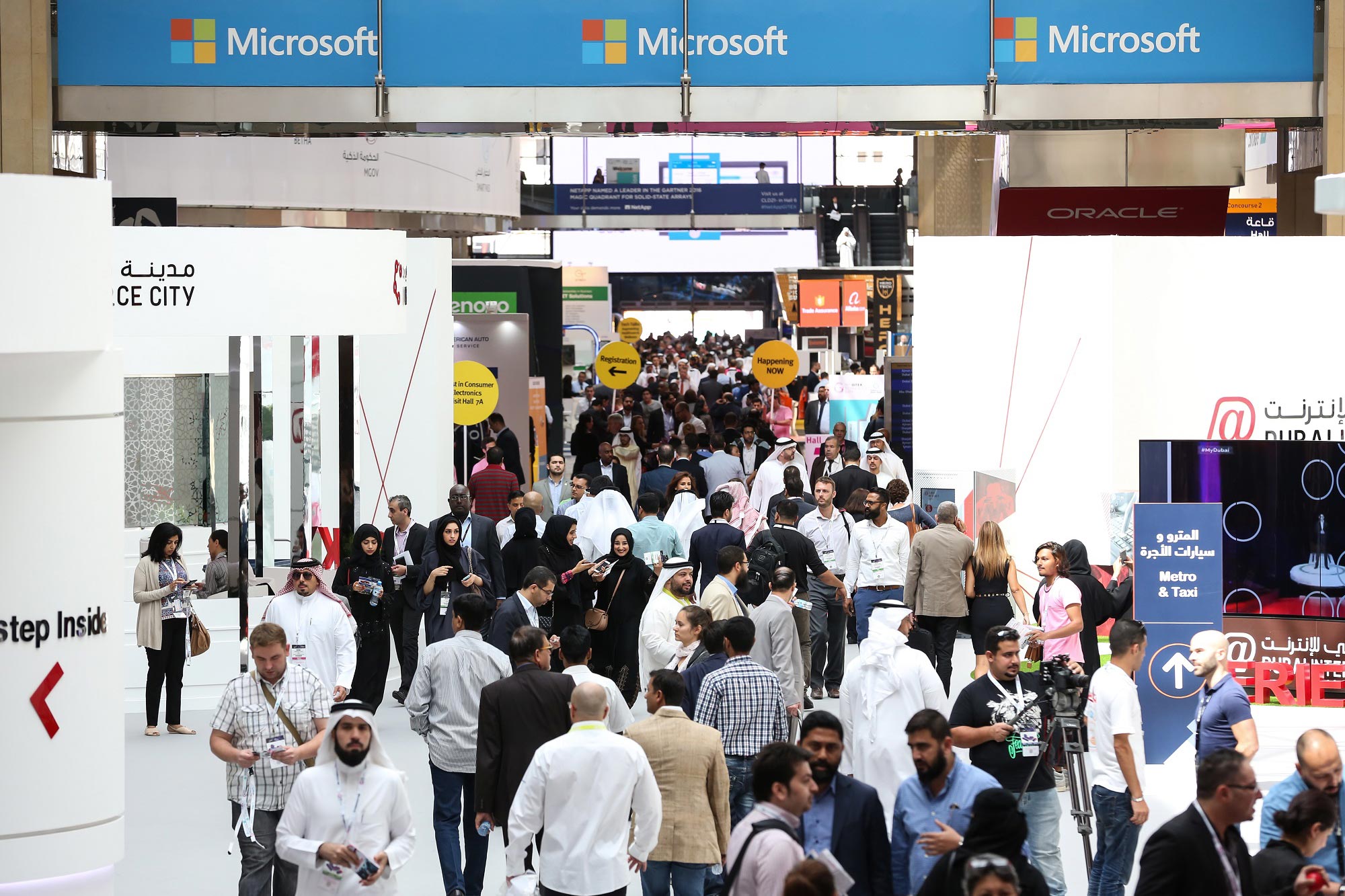 GITEX saw Samsung provide insights into the smart home of the future and visitors got a chance to take a first look at Samsung’s newest mobile devices including the Galaxy Note 10 5G and Galaxy Fold. 360-degree camera specialist Insta 360 launched its regional presence at Lifestyle Tech, and also flaunted its GO portable camera featuring auto-intelligent editing and digital video stabilisation.

Other evidence that the Middle East has earned a reputation as a hotspot for tech start-ups and disruptive technologies includes Uber’s $3.1bn acquisition of Careem and Amazon’s $580m acquisition of Souq.com.

The GITEX tradeshow also caters for young talent, innovators and entrepreneurs via its GITEX Future Stars component which notched up its 4th edition this year. 750 start-ups and next generation innovators from around the world joined the programme this year, offering a glimpse into the ways AI and young innovators are shaping the future.

Alaa Elshimy, Vice-President and Managing Director, Huawei Enterprise Business Group, Middle East, was one big name exhibitor seemingly pleased with the results of the show: “GITEX is the top technology exhibition in Asia, Africa and the Middle East. We are the biggest ICT player so it’s a great match for us to be part of the biggest event in the area. Last year we had 28,000 visitors at GITEX, 20% of whom were C-level. Through these engagements we create a lot of opportunities.”

GITEX now sets about rebranding for its 40th anniversary edition as ‘GITEX Global’, which takes place under the new brand, 27 September-1 October.