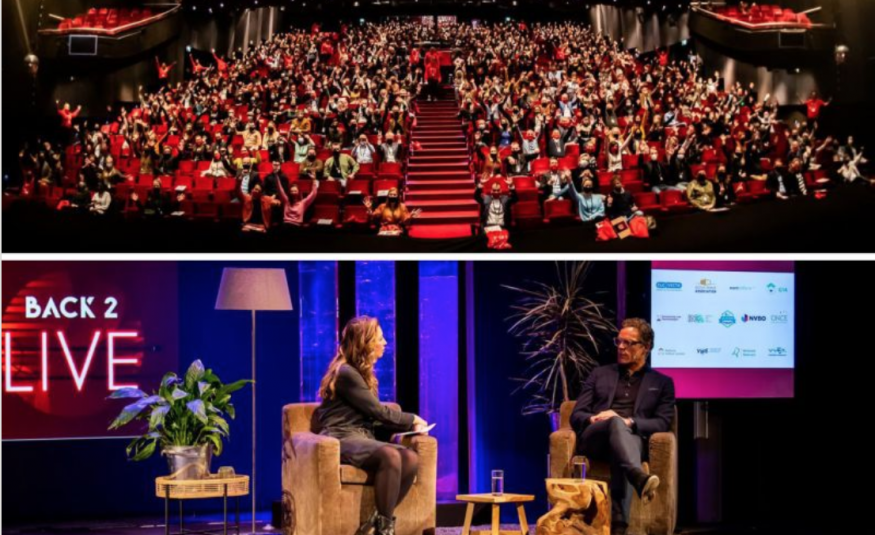 Five hundred events industry workers have attended a pilot conference, BacktoLive, in the Beatrix Theatre in Utrecht, Netherlands. The event, 15 February, was organised by event industry umbrella organisation Eventplatform under its FieldLab Events initiative. The experiment was backed by the government and its goal was to see whether large events could be held safely against the background of the Covid pandemic.

The conference was the Netherlands’ first mass event since the second lockdown.

Attendees were required to take a coronavirus test to take part and their temperatures were taken on arrival. Delegates’ movements were monitored via sensors, although they were not restricted from close contact with others.

Delegates were, however, divided into separate cohorts with their own entrance and toilet facilities. Some had to wear a face mask and others were placed behind a screen. The attendees will take a second coronavirus test five days after the event.

The Dutch authorities will follow up the conference with a series of event pilots including two outdoor festivals in Biddinghuizen (63,000 people have signed up for two events, 13-14 March), a theatre show and sports events.

Visitors to the festivals must submit a negative PCR test taken no more than 48 hours prior to the event. They must again have themselves tested five days afterwards.

The Netherlands’ experiments with various public events will see two football matches held, each with 1,500 spectators in attendance, on 20 February in Nijmegen and on 28 February in Alemere City. Supporters can attend in bubble groups of 200 or so.

State secretary Mona Keijzer said the event pilot tests were the first of their kind in Europe. “By pressing ahead with them, the cabinet is showing that we really are thinking about the future,” she said.