NürnbergMesse heading for a ‘bang-up’ 2020 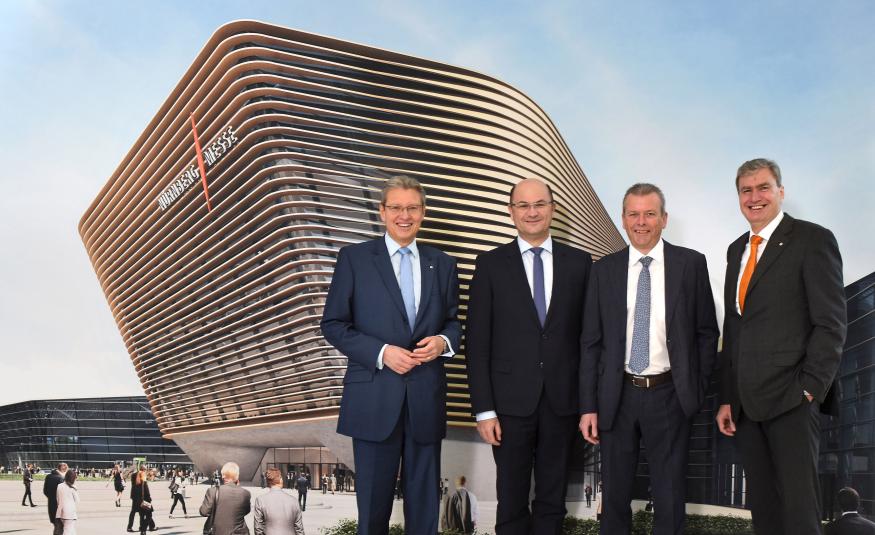 NürnbergMesse is predicting a new sales record for 2020 on the back of the best odd-numbered year in the organiser’s history.

The Messe’s has also announced that its Supervisory Board has passed the decision to build ‘The New Süd’: NCC Süd exhibition venue, with work commencing in 2024.

NürnbergMesse management also expects to invest €500m in its real estate and infrastructure over the 2020-2027 period.

Joint CEO Peter Ottmann predicted “a bang-up year” ahead, noting that, by the end of 2024, the Franconian organiser would be earmarking €200m of investment for NCC Süd alone.

The decision to build the new facility means that, following the 2021 runs of the Spielwarenmesse and HOGA, the Messe’s present Hall 3 will become a construction site.

The new NCC Süd will be the fourth events centre at the site and will be flanked by the neighbouring Exhibition Halls 3A and 3C. The New Süd will provide around 32,000sqm of gross exhibition space. Like Halls 3A and 3C, NCC Süd will also aim for certification from the German Sustainable Building Council, the DGNB.

Exhibitor numbers at the international and national tradeshows in Nuremberg were up 5% last year, exhibitor booth space was up 4%, and visitors were up 3%, according to the preliminary report from the Messe. The figures represent growth rates that were once again well above the “sideways drift of the German trade show market”, said Ottmann, who reported exhibitor stand space at NürnbergMesse’s tradeshows had grown 22% in the last five years.

The total investment for The New Süd is expected to come in around €300m, added Dr Fleck. And with expenditures on real estate and infrastructure for the remaining 2020-2027 period expected to come to €500m, “One thing we’re certain of,” said Dr Flect, “our forward-looking programme will help keep Nuremberg a successful player in the Champions League of the world’s largest exhibition companies.”

Ottmann added that the upbeat view of the future is founded on factors including exhibitors’ advance bookings, interest in trending topics such organic foods, cybersecurity and preventive fire protection, and the expansion of the company’s product families of international tradeshows.

NürnbergMesse, Ottmann said, offered “extraordinary capabilities” in digitalisation with its own portfolio: events like it-sa, embedded world and MedtecLIVE being examples of how digitalisation can be successfully implemented at shows.

NürnbergMesse Group is one of the 15 largest tradefair companies in the world and comprises NürnbergMesse GmbH and its 15 subsidiaries and affiliates. Its portfolio includes around 120 German and international tradefairs and congresses.

Every year, up to 35,000 exhibitors (international contingent: 44%) and up to 1.5m visitors (26% from outside Germany) take part in the Group’s own, partner and guest events.