Bruges to build a new exhibition and convention centre 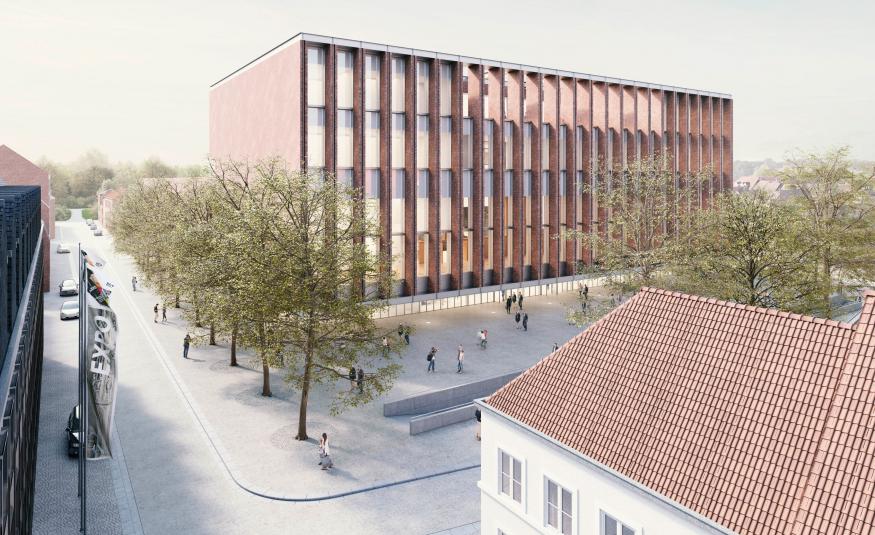 The City of Bruges, in Belgium, has reported that construction work had started on its new convention and exhibition centre on 16 September 2019.

The project was signed off last year and is set to open at the end of 2021.

The ‘Beursgenootschap Souto de Moura - META – CFE’ contractor, developer and architectural consortium will build the new centre in the historical city centre, within walking distance from most hotels and sights.

To make this project possible, the city opted for a design-build project delivery system. This means that a full team will be responsible not only for the design but also for the creation of the project, within the agreed budget of €40m and timescale.

In May 2018, when the tendering procedure was completed, the project was commissioned to Beursgenootschap Souto de Moura – META – CFA. At the same time, the city council decided to keep the management of the new centre in-house. Burgomaster Dirk De Fauw said “The facilities will be top-notch, which will allow us to position Bruges as a top destination for conferences. This will of course also be beneficial to the local tourism industry.”

A deliberate choice was made to build a modest-looking public building, where functionality is fully supported by the architecture. Alderman of Tourism, Philip Pierins said: “The design of the winning team shows respect for the city in that it allows Bruges to remain true to itself. The architecture is plain but very functional, supporting the needs of the users.”

The outside walls will be built with reclaimed bricks, which will give the building a typical Bruges look.

There will be 4,500sqm of exhibition space and glass sliding doors on three sides of the building will open up to their full width.

The main conference section will a capacity for up to 500 delegates.

A ‘three chairs’-principle will be applied, which means that every visitor will have a chair in the plenary hall, one in the catering area and one in the break-out rooms.

There will be a large foyer, poster areas, eight modular breakout rooms and a catering area on the top floor offering views of the city.

“We are eagerly looking forward to the inauguration of the building in the autumn of 2021,” said the city’s official CVB, Meeting in Brugge’s Sales Manager Sarah Cornand.

Eduardo Souto de Moura is a Portuguese architect, who received the Pritzker architecture prize from Barack Obama in 2011. His works are simple in structure and modernist.
The design proposal was the result of a close collaboration between META Architectuurbureau, Souto de Moura and developer CFE.

Click here for a virtual tour of the new Trade Fair and Convention Centre.