How to geo-clone your show 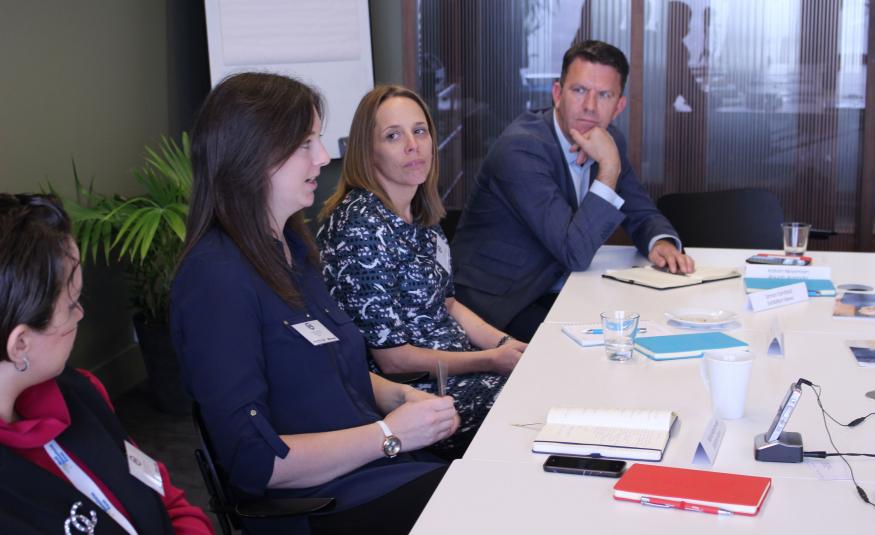 A Mash Media Roundtable in London, in association with Visit Norway and Norway Trade Fairs, saw organisers discuss the process of transposing an existing event brand to a new destination.

With less of the risk of a brand-new launch and an existing brand reputation to use as a launch pad and statement of intent, geo-cloning has proven to be a valuable tactic.

At a roundtable run by EW’s UK sister publication EN at coworking space TOG at The Shard in London, event professionals discussed the challenges and benefits involved in the process.

Roundtable Chair Nicola Macdonald reflected on a recent presentation by Easyfairs CEO Eric Everard at the UFI European Conference, where he had posited that geo-cloning was one of the most effective growth strategies for organisers, providing due diligence is carried out in advance.

Greg Sewell, Clarion Events’ Group Commercial Director, said: “We do a lot of our geo-cloning once we have some form of governmental backing. In terms of our oil and gas markets and also our defence Markets, we’ll have done a lot of ground work before you start to see or hear about it. That mitigates the risk… they’ll help us with speakers and with rates on venues.

“It’s something we’ve woken up to. We had established brands, DSEI for example, and this year we’ve taken that to Egypt and Japan. Why now? Because we’re seeing it as a good way to take a solid brand with less risk around the world. We can’t stand still – we have to make growth.

“We will also geo-clone to knock out a competitor.”

Feraye Ozfescioglu, CEO of Aid&Trade London and the World Humanitarian Forum agreed that government support was a key factor. “Exhibitors and key stakeholders should be coming with you but also the strength of the country is an important factor in my field – whether there are lots of NGOs or if the private sector is really strong, for example.”

Juliet Trew, Business Development Director – Events at Informa-owned Aviation Week Network, said that government backing had less of a central role when it came to geo-cloning in her sector.

“What we’re looking for is industry support,” she explained. “If we’re looking to geo-clone something we’ll try and get a host partner or sponsor, which for us would be a big maintenance or manufacturing organisation. We want them to help us get into the community and from there launch the show. We’re looking for our industry to say there is a need for an event.”

Frazer Chesterman, Director of FM Future, added that he always looked for ‘cornerstones’ when launching a show, such as committed ambassadors.

“That could be key exhibitors, major players – people who are interested in new markets – maybe press or local associations,” he said. “You build this key group to help you step onto the ladder in the local market.

“There are challenges associated with going into any new market. Some people think if you have a successful brand you can geo-clone anything but that’s not true, you need market commitment and you also need a sense that the market and geography is going to be right for what you need and what your exhibitors want.”

When it comes to deciding on the best location to hold a new event, the criteria can vary wildly depending on a show’s sector and subject matter. But one thing that is important is establishing strong partners on the ground.

“Our target audience is very clear,” she said. “it depends how many hotels are available and the star rating or equivalent. Then we would have someone come in and reach out to all the associations active in that sector in a country to establish whether there is a sense of community that we can tap into.”

Chesterman added even if you have a strong event with traction in the local market and strong partners and associations involved, you still have to replicate that where you’re going. “You need to do the research. Whether that’s through exhibitors or on the ground with a research company. In Thailand, for example, the TCEB (Thailand Convention and Exhibition Bureau) is really strong,” he said.

“Some countries are very keen to get your business and will work hard to make life easier for you, which can also be significant in making a decision.”

Trew noted that it was possible to do too much research. “At a certain point the event organiser just has to make a decision and either you go or don’t go for it,” she said. 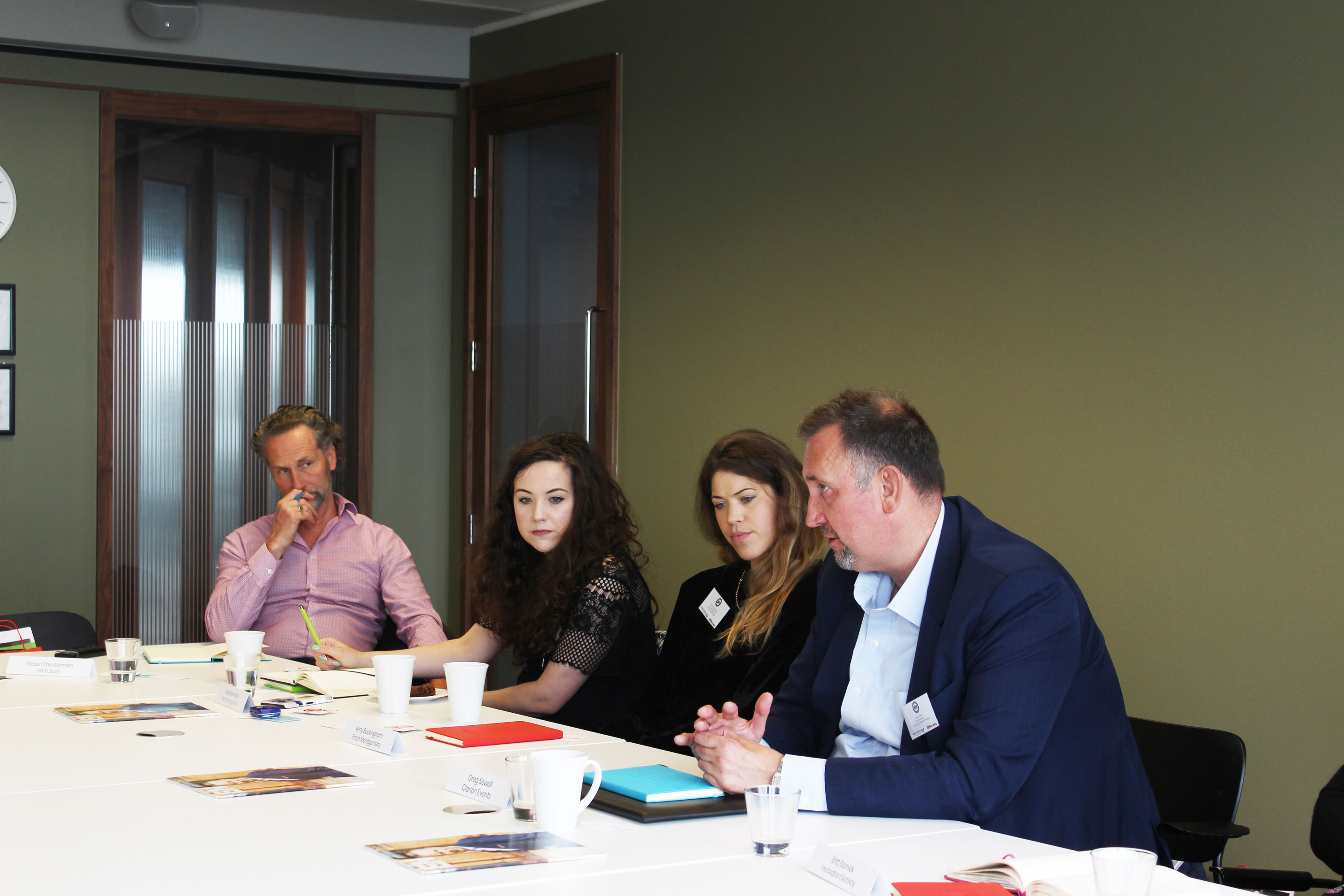 In the early stages of a potential geo-clone, there are strategies which can reduce the risk of the launch.

Chesterman said: “You have to have a go/no-go period, so you know what you have to achieve by a certain point in your sales cycle. If you’re not selling at that level, then stop doing it because it’s not going to work.”

Sewell pointed out there is always a risk. “Brand damage and all the rest of it. But I like to think we don’t go until we’re absolutely sure. No one gets shot in Clarion for trying, we’ve got a measured approach to risk.”

And Trew added that there are ways of soft-launching an event with an established community.

“You can get a feeling when you just have a webpage and test the waters before going full ‘save the date’.”

Macdonald asked how organisers should navigate relationships with local stakeholder and agents.

“We have agent networks in our power and utilities group, which is where we mostly focus our agent groups because they are the areas where we’re getting international presence the most,” said Sewell.

“We couldn’t operate without a strong agent network. Most of our agents are in Germany and China, and they are fiercely protective. “We’re really at the mercy of some agents; they demand exclusivity and we have to hand over large swathes of our key accounts and it creates internal friction.

“Having said that, we cannot operate without them, and even with the geographical footprint that Clarion has, it’s still the most cost-effective way of getting the coverage that we need.”

Trew said she preferred to use in-house sales team and contractors.

“Agents are a way to overcome language barriers,” Ozfescioglu believed. “In somewhere like China the culture is so different that if you don’t have an agent you won’t be able to bring certain groups of companies to your event.”

Chesterman said he had both worked with agents and had offices in international locations.

“The challenge is controlling agents,” he noted. “Stepping back a bit, say you have a European-run show and you want to geo-clone in another location, it’s quite useful to have one of the sales guys who has the reputation with the market to go and do the work in that new location.

“It depends on the mix. When you first geo-clone you use the existing team. Agents can then help you out but having that person who is well-known in the market and has good relationships can help with that first step.”